Senedd roundup: Mass testing could be rolled out to Rhondda Cynon Taf 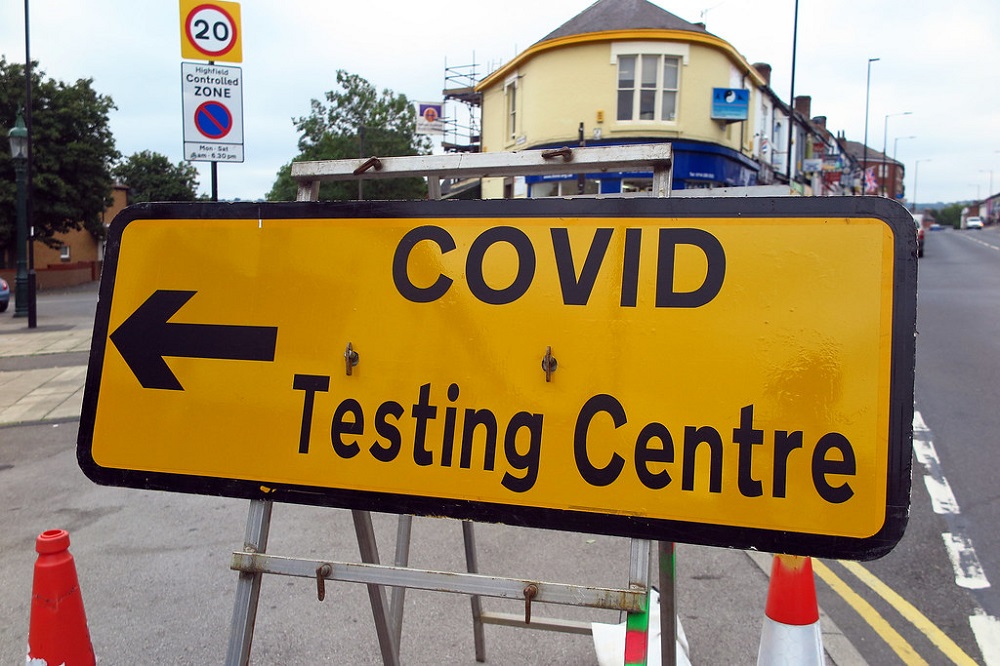 Rhondda Cynon Taf Council is set to discuss proposal for a roll out of mass testing for Covid-19 at a meeting later today.

Wales’ first mass testing programme got underway in Merthyr Tydfil on Saturday, with more than 2,000 people tested over the weekend.

First Minister Mark Drakeford confirmed during plenary in the Senedd yesterday that the local authority had made a proposal for the scheme to be extended to the Cynon Valley, which has experienced some of the highest infection rates in Wales.

Over the last seven days RCT has recorded 641 new positive tests for Covid-19, the second highest number in Wales behind Cardiff with 649.

“If we are able to expand the Merthyr scheme into the RCT area that will require some careful preparation, releasing local staff from local services,” Mr Drakeford said.

“We have further assistance from the Armed Forces joining us in Merthyr over the next couple of days and we may need to see whether there is any further help forthcoming in order to assist with the sheer practicalities that go with mounting a mass testing exercise of that sort.”

Meanwhile, today’s figures from Public Health Wales have confirmed another 41 deaths due to coronavirus and 907 new positive tests for the virus in the last 24 hours.

15 of the deaths reported today were in the Cwm Taf Morgannwg health board area, there were 10 deaths in the Swansea Bay area, eight in Cardiff and Vale, and six in Betsi Cadwaladr.

Torfaen reported 61 new positive tests for the virus yesterday after 78 on Monday and now has the highest positive test percentage in Wales at 19.8% per 100,000 tests.

Blaenau Gwent, Torfaen and Newport, which has the fourth highest infection rate (283.2) behind Neath Port Talbot (287) are all covered by the Aneurin Bevan University Health Board.

Turning to the new face covering guidance for secondary schools, she wondered why students were being asked to wear them outdoors? If there was evidence that “huddling outside” was having an impact then she would be more convinced, but she was told an example of 30 students outside in an area the size of a hockey pitch being asked to wear masks.

Finally, on consent forms for in-school lateral flow tests for Covid-19, it was unclear whether denying consent would result in children being unable to attend school.

Education Minister, Kirsty Williams (Lib Dem, Brecon & Radnor) said the Ceredigion and Pembrokeshire closures demonstrate that poor choices and actions in the community as a whole can – in this case – impact education. We all have a responsibility to stick to the rules if we want to see schools remain open.

As for facemasks, it was deemed easier to understand if students simply wore them at any point in between classrooms. It was a “lovely idea” to think children would keep 2 metres apart on school grounds, but it’s not realistic.

As for in-school testing, it’ll be purely voluntary and nobody will be compelled to take one.

Sticking to the subject, Sian Gwenllian MS (Plaid, Arfon) agreed on a need for a planned programme of Covid-19 testing schools. Were there any specific barriers preventing this being rolled-out at a faster pace in Wales? She also noted calls from teaching unions for smaller class sizes and a rota system being put in place if cases increased.

The Minister told members that tests were being rolled-out as quickly as the kits were being made available to Wales. A lot has been learned from the mass testing scheme in Merthyr Tydfil and schools in the country and Merthyr College were committed to making tests available to staff and students. Consideration was also being given to extending testing to Rhondda Cynon Taf due to case numbers.

Local authorities and schools were encouraged to consider and plan for a number of future scenarios – including the introduction of a rota system – all kept under review.

Free flu vaccine now available for over 50s across Wales

Free flu vaccines will be made available for anyone aged 50 or over from next Tuesday as part of the Welsh Government’s largest ever influenza vaccination programme.

This year nearly 460,000 additional vaccines have been secured for the Welsh NHS and these are currently being made available to all GP practices and community pharmacies in the country.

People aged 50 should now expect to be contacted by their GP practice or can contact their local pharmacy to arrange a vaccination.

By mid-November more than 750,000 vulnerable people, NHS staff and schoolchildren in Wales had taken up the offer of a free flu vaccine. Of those aged over 65, 70% had also been vaccinated – levels substantially higher than during the same period last year.

The Chief Medical Officer for Wales, Dr Frank Atherton, said: “Everyone who is eligible for a NHS flu vaccine can be confident about having it to protect themselves and those around them this winter. Rolling-out the vaccine to all over 50s will protect them and others in our communities in every part of Wales and help protect the NHS this winter.”

Plaid Cymru says major changes are required at Betsi Cadwaladr Health Board following the announcement yesterday that it is to be taken out of special measures after five years.

The body responsible for hospitals and other NHS services across north Wales had been under Welsh Government control since the summer of 2015.

Health Minister Vaughan Gething confirmed yesterday that the health board will be de-escalated from special measures to targeted intervention with immediate effect.

Responding to the move Plaid’s health spokesman Rhun ap Iorwerth said: “Plaid Cymru believes that the board’s problems are chronic and structural, and that major changes are still required.

“That’s why we say it’s time for a fresh start, with new health and care structures serving the north instead of the current Board which is too large and remote from the communities it serves. Patents and staff deserve better, and I thank those hard working frontline staff for their work and commitment during such a difficult year.”

At the Plaid Cymru conference last month proposals were revealed to scrap Betsi Cadwaladr Health Board if the party entered government after next year’s Senedd elections.

It boils down to pandemic business support finance being omitted and leading to a reported underspend when there would have otherwise been an overspend (explained in more detail by the Senedd Research Service).

Despite the good intentions behind it, for the Welsh Government’s accounting reputation, there needs to be some sort of agreement with Audit Wales so it doesn’t happen again. Was there a risk that next year’s accounts will be qualified too when that extra money is counted?

Finance Minister, Rebecca Evans (Lab, Gower), described it as a “technical disagreement” over how funding should be counted given the extraordinary events this year. All four UK governments were likely to be in the same position and she had no regrets about making that additional support available. Her understanding was that “a line has been drawn under this episode” and it won’t happen next year.

Rhun ap Iorwerth MS (Plaid, Ynys Môn) criticised the inadequate fiscal powers at the Welsh Government’s disposal compared to an independent nation. There needed to be more options to increase revenue and capital finance to deal with the pandemic and the recovery.

He raised the potential of green bonds – which the UK Government recently announced would be issued next year to encourage investment in measures to deal with the climate emergency.

The Minister reminded the chamber that tax-varying powers were still in their infancy. Some of those tools have been used, including £30 million for homelessness arising from land transaction tax.

Bonds would count towards Welsh Government borrowing which is capped. Bonds are also a more expensive form of borrowing – though she wasn’t opposed to greater fiscal flexibility in principle.

The proposed measures include:

The statement was overshadowed by a protest outside the Welsh Government’s Cathays Park HQ by taxi drivers, who called for additional financial support after it was reported many were earning poverty-level wages due to a fall in custom as a result of the pandemic.

With that in mind, the Minister said that many taxi businesses had benefited from Welsh Government business support finance and taxis were eligible for a £25 million discretionary support fund administered by local councils.

He also said officials were working on ways to secure “high-quality PPE” for the taxi industry, while a dedicate webpage will advise the industry on how to operate during the Covid-19 pandemic and also will provide pointers to financial support.

Shadow Economy Minister, Russell George MS (Con, Montgomery), was broadly in favour of the reforms. He did, however, question the need to eliminate the two-tier system of hackney carriages and private hire vehicles – though the Minister argued the public may not know of any big difference between the two categories anyway.

Alun Davies MS (Lab, Blaenau Gwent) called for taxis to be properly recognised as part of the public transport network rather than an add-on, while Mick Antoniw MS (Lab, Pontypridd) expressed support for a cap on the number of taxi plates following representations from the industry and to prevent a “race to the bottom”.