New figures released by the Welsh Government have revealed a huge increase in patient waiting times since the start of the coronavirus pandemic in late February.

In a formal written response to Welsh National Party leader Neil McEvoy, Health Minister Vaughan Gething confirmed that between March and the end of August the number of patients waiting over 36 weeks for treatment in Wales had increased from 28,294 to 119,830, a jump of 324%.

In the worst affected health board, Hywel Dda, the number of patients waiting more than 36 weeks had risen by 1,624%. Aneurin Bevan health board recorded an increase of 1,007%.

In a further written response to Mr McEvoy, the health minister revealed that more than 10,000 operations had been postponed between March and August, after the minister issued a directive to all health boards to ‘postpone all non-urgent elective activity to allow them to prepare for the expected increase in workload in dealing with the pandemic.’

“These figures truly are shocking. We’re talking about a population the size of Gwynedd now waiting 36 weeks for treatment. I am extremely concerned about the number of people who will lose their health, and possibly their life, not directly because of Covid-19 but because of postponed operations and extraordinary waiting times,” Mr McEvoy said.

“I’ve spoken to so many people who simply cannot access healthcare anymore as this pandemic continues.

“The public underwent an extremely challenging lockdown at the beginning of the year in order to buy more time for the Health Minister to stop the NHS being overwhelmed. It’s now clear that the Welsh Government’s policies to stop the virus have failed. The simple truth is that most health boards are under serious strain, while treatment in others seems to have collapsed.

“With no signs of a vaccine or the virus ending any time soon the Health Minister now urgently needs to outline a way forward so that operations and treatment are able to take place once again.”

Speaking at today’s Covid-19 press briefing the chief executive of NHS Wales Dr Andrew Goodall said hospitals are likely to face further disruption due to the current resurgence of the virus.

“One of my concerns is that inevitably areas that have a very high level of community transmission are going to see some impact and implications for the way hospital services are being provided,” Dr Goodall said.

“But we have obviously learned about the virus over recent months. We have used our experiences around outbreak management, both in Wales and across the UK, to make sure we can put in extra actions.”

Despite the introduction of measures including even stricter infection control, enhanced cleaning and changes to ensure social distancing in hospitals, he warned the current surge, “may lead to some suspension of services and hospital admissions.”

Ten new deaths due to Covid-19 have been confirmed in today’s figures released by Public Health Wales, along with 946 new cases of the virus, the highest daily increase since the start of the pandemic at the end of February.

Cases are soaring in Cardiff, where 214 people tested positive in the last 24 hours. There have now been 727 cases in the capital in the last week and the infection rate has risen to 198.1 per 100,000 people, the second highest in Wales behind Merthyr Tydfil where the rate is currently 227.1.

Elsewhere, Rhondda Cynon Taf recorded 89 new infections since yesterday and there were 87 in Swansea. Residents from outside Wales recorded 91 positive tests in the last 24 hours.

While the main focus of the Health Minister, Vaughan Gething (Lab, Cardiff S. & Penarth), remains the coronavirus pandemic, yesterday the Senedd was updated on the latest situation regarding the Cwm Taf maternity services scandal.

The main story is that the number of cases undergoing a review has increased to 160, mainly because of families coming forward and requesting a review. As a result of the pandemic, some aspects of the improvement programme – mainly involving management – have had to be postponed. However, the health board was making progress:

“The health board has continued to make progress with its wider quality and governance arrangements as part of the targeted intervention requirements. They have implemented a new clinically led, locality-based operating model. I am pleased to see that later this week they will be launching their new values and behaviours framework. That follows extensive engagement with staff, patients and stakeholders.”
– Health Minister, Vaughan Gething

Healthcare Inspectorate Wales and Audit Wales will be undertaking follow-up work over the coming months, though for the time being maternity services will remain in special measures.

Shadow Health Minister, Andrew RT Davies MS (Con, South Wales Central) asked about the support offered to families and the impact of the pandemic on services.

The Minister confirmed the midwife-led Tirion unit at the Royal Glamorgan Hospital – which was recently hit by a large number of in-hospital infections – remains closed and not expected to reopen “until it’s safe to do so”.

Answering a later question from Mick Antoniw MS (Lab, Pontypridd), the Minister said every prospective mother – who would otherwise have gone to the Tirion centre – should have access to a community midwife to explain their options.

Leanne Wood MS (Plaid, Rhondda) asked a question of wider interest regarding birthing partners being allowed to accompany women – which in some situations has led to them being banned. Would the rules be reviewed?

The Minister confirmed there was no blanket ban on birthing partners at various stages of pregnancy and the guidance has been republished. He accepted there were challenges relating to social distancing and alike which will largely depend on the arrangements at a specific hospital or centre.

The Welsh Government has announced that it is increasing incentives in an effort to recruit more biology teachers from next year.

In the last five years biology has fallen into the bottom five subjects for the number of applications per teacher post in Wales.

Trainee Biology PGCE teachers will be able to access additional support of up to £20,000, for graduates with a first class or a Master’s degree. Other subjects which attract the highest incentives include Mathematics, Physics, Chemistry and Welsh.

The Iaith Athrawon Yfory incentive scheme, for Welsh-medium teachers, will also continue, offering incentives of up to £5,000, meaning trainee teachers can receive up to £25,000 in total.

Initial indications of recruitment to full time Initial Teacher Education (ITE) programmes show that over 200 more students have accepted offers to study to become secondary teachers this year. There were 690 acceptances of places in August 2020, compared to 449 in August 2019.

The Welsh Government has also confirmed pay increases for teachers today, backdated to 1 September, with rises of at least 2.75% for all teachers.

The government will provide over £5.5 million to local authorities to support the cost of the pay award this year.

A coronavirus outbreak has been declared at Morriston Hospital in Swansea after 10 patients and five staff tested positive for the virus in the past few days.

Swansea Bay health board said most cases were connected to cardiac services and announced a temporary suspension of routine cardiac surgery.

The board also confirmed that nine members of maternity staff have also tested positive at Singleton Hospital.

They are self-isolating, and no patients had returned positive tests. The health board said wards and beds at Singleton Hospital were all open as normal.

On Monday, an outbreak was declared at Newport’s Royal Gwent Hospital and Cwm Taf Morgannwg University Health Board is currently dealing with outbreaks at the Royal Glamorgan Hospital in Llantrisant, Prince Charles Hospital in Merthyr Tydfil and Bridgend’s Princess of Wales Hospital.

Tomorrow is the date UK Prime Minister, Boris Johnson, set for a post-Brexit trade deal to be agreed between the UK and EU before the end of the transition period. With that seemingly impossible, a No Deal Brexit is on the cards at the end of the year.

Llyr Gruffydd MS (Plaid, Arfon) listed the high proportion of Welsh agricultural produce which goes to EU member states. With a “No Deal” seemingly 12 weeks away, it was becoming a question as to what the Welsh Government were going to do.

“I was hoping to hear maybe how you were looking to ramp up cold storage capacity, to handle surplus produce that will no longer be exported. I was hoping you’d maybe tell us how public procurement would be stepping up to the plate, in order to try and absorb more domestic produce. Maybe you could tell us what discussions you’re having with the UK Government to ensure the risks of no-deal aren’t escalated by trade deals with Australia and New Zealand, potentially allowing for an increase in quota for lamb exports coming into the UK from those countries.”
– Llyr Gruffydd MS

He didn’t get many answers on specific preparations.

Environment, Energy & Rural Affairs Minister, Lesley Griffiths (Lab, Wrexham), appreciated the sense of urgency, but talks were ongoing with the UK Government and intergovernmental meetings have increased. These include discussions on ways to support the sheep sector in the event of a No Deal – but no specifics.

The Minister mentioned new regulations coming down the line relating to agricultural pollution (poultry farming has been blamed on pollution in the River Wye).

The Minister said she’s made it clear several times that farmers would be supported if they needed new infrastructure to help cut pollution levels. That didn’t mean funding to bring them up to compliance – she expected them to be compliant in the first place. 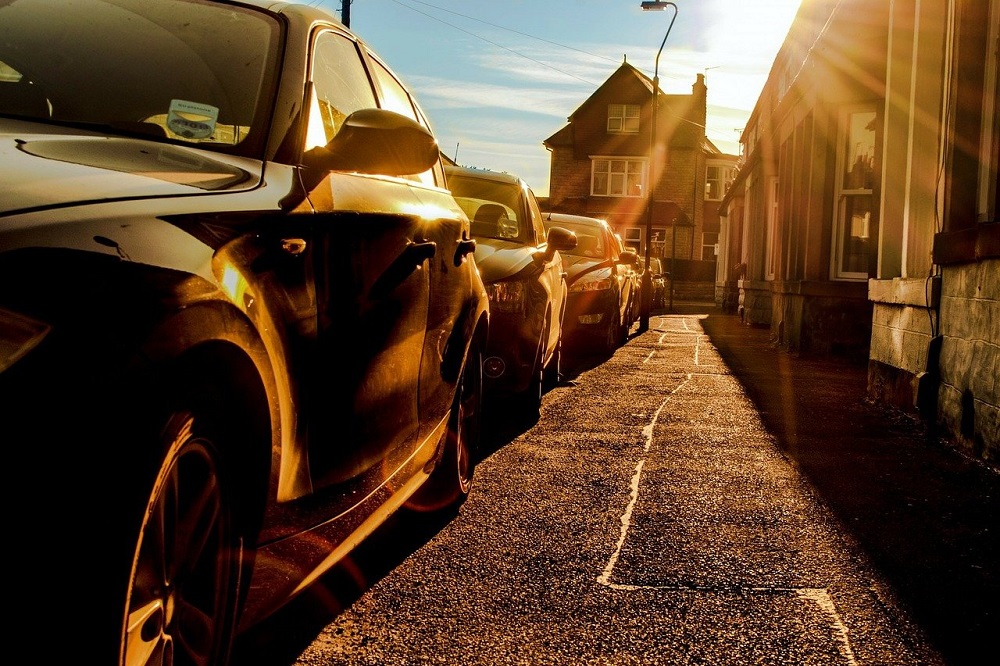 Councils to be given greater powers to fine pavement parkers

Following the publication of recommendations from a special taskforce (pdf), yesterday the Deputy Minister for Economy & Transport, Lee Waters (Lab, Llanelli), announced that councils would be granted additional powers to deal with pavement parking.

Shadow Economy Minister, Russell George MS (Con, Montgomery), raised the prospect of councils having to audit roads and make numerous traffic orders. The Deputy Minister clarified that this wouldn’t be a Scottish-style blanket ban. The goal is to target pavement parking in the worst places – such as outside schools.

This could include tradespeople trying to avoid causing an obstruction, while Vikki Howells MS (Lab, Cynon Valley) mentioned narrow streets – which may be more than 150 years old – as well as a lack of spaces on newer housing estates.

The Deputy Minister said it would be down to councils to decide how they use their new powers, which will be introduced via regulations and come into force by July 2022.

Both Caroline Jones MS (Ind, South Wales West) and Huw Irranca-Davies MS (Lab, Ogmore) noted increased car ownership by households living on streets which weren’t designed for them. There would need to be some public buy-in.

The Deputy Minister agreed and, alongside the proposed default 20 mph speed limit, the new measures would be accompanied by a public information campaign.

He dismissed creating new car parks as a poor use of public land and funding.

While pavement parking is a specific problem, the government’s goal is to encourage people to rely less on their cars in the first place and switch to walking, cycling or public transport; the poorest 20% of households spend up to a quarter of their income running cars.