Senedd roundup: Needs of vulnerable children will be met through school closure period

Both party spokespeople questions to the Education Minister related to this afternoon’s announcement that schools in Wales are due to close by Friday.

Sian Gwenllian AM (Plaid, Arfon) welcomed the announcement of school closures, though it was clear exams either needed to be postponed or altered to adjust to the circumstances – possible using projected grades for university admissions.

What was important now is deciding how schools would work moving forward and what role they would play during the pandemic.

The Minister said schools would, in effect, be re-purposed as general childcare facilities aimed predominantly at the children of frontline staff. There would also be services available for vulnerable children – such as those reliant on free school meals.

“We will be building on the strong foundations and the very, very positive experiences of some of our Food and Fun (Playscheme) schemes, which local authorities are well used to running, and we will be identifying with our colleagues in local government key sites and key personnel that can help us ensure that meeting the needs of the most vulnerable children and the needs of those workers who we want out there on the front line can be addressed in the coming weeks.”
– Education Minister, Kirsty Williams

The entry requirements for university and other higher-level qualifications will perhaps need to be looked at, as well as the finances of students who may have their courses stopped due to possible university closures.

Education Minister, Kirsty Williams (Lib Dem, Brecon & Radnor), said the three governments in Great Britain were coordinating their response to exam timetables and an announcement would be made “in the very near future”. Discussions are also taking place with the university admissions body UCAS as well as universities themselves.

She stressed the importance of a fair and equitable solution for students – both previous years and this year’s cohort:

“First of all, can I say that any decision that I take with regard to the examinations will have at its heart the principle of fairness and equity to young people? It is not their fault that they find themselves in this situation. Their efforts should not be constrained or affected negatively by the situation and we want to make sure that we deal with them fairly and equitably, but also in a robust way as well, so that they can have confidence in the system, going forward.”
– Education Minister, Kirsty Williams

Internal solutions to sourcing medical equipment will need to be found

Dr Dai Lloyd AM (Plaid, South Wales West) understood the strain the pandemic would be putting on the Minister’s department, but one issue that needs urgent addressing was a lack of specialist medical equipment – particularly ventilators – with border controls being put in place. Were there any international negotiations taking place on sourcing medical equipment?

The Minister was upfront about the challenges:

“What we have to note is that all of these countries are eager to keep their own ventilators, and that’s why the Government in the UK and in Wales as well are trying to encourage businesses, particularly those that are engineering firms, to adapt what they manufacture so that they can build ventilators for this crisis.”
– International Affairs & Welsh Language Minister, Eluned Morgan

Brexit negotiations “should be pushed back” due to crisis
Shadow International Affairs Minister, Darren Millar (Con, Clwyd West), raised the matter of Welsh people who may be stuck abroad due to travel restrictions introduced to deal with the pandemic. One such group would be people working in Welsh Government overseas offices.

There was also an issue of trade. Restrictions will impact exporting and importing businesses quite hard, while relations may become strained as a result of actions taken to deal with the pandemic.

The Minister told the Senedd that many of the overseas office workers – including those in three Chinese cities – were working from home. Most of the support and advice for Welsh people overseas would come through the UK’s Foreign Office.

On trade, the Minister called for Brexit to be pushed back:

“Trade contributes about 22% of the GDP to the economy of Wales, so it’s something that we have to take very seriously. Obviously, we are particularly concerned about the trade negotiations that should be ongoing with the EU in relation to Brexit, knowing that that deadline is coming up. We, of course, would advocate that it should probably be pushed back now, under the circumstances. There is another trade negotiation that was due to start next week with the United States, and obviously, it’s impossible for those trade negotiators now to get to the States to start those negotiations.”
– International Affairs & Welsh Language Minister, Eluned Morgan 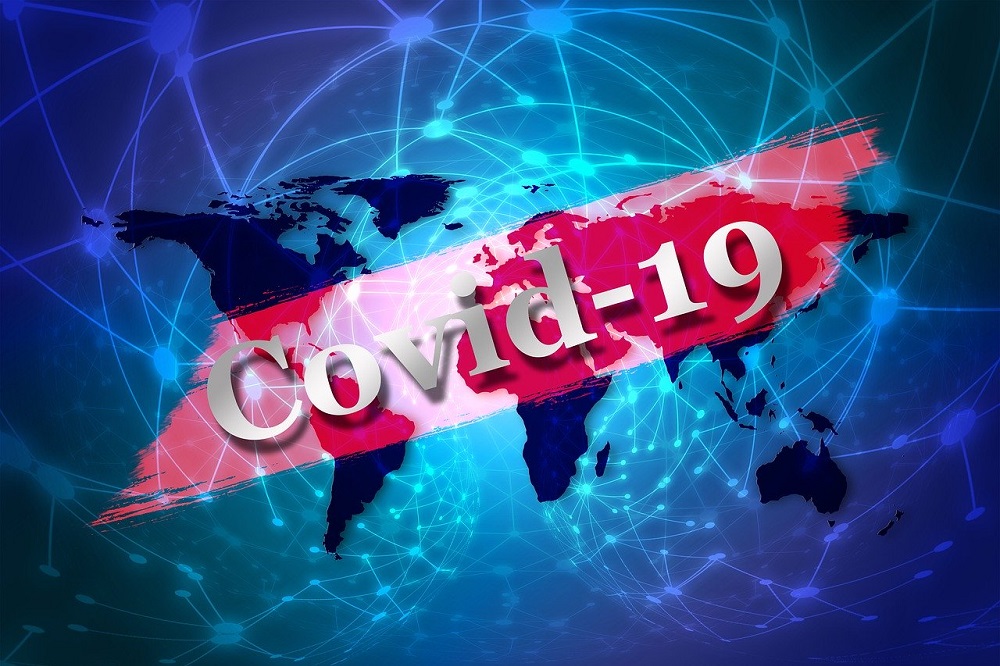 Photo by Gerd Altmann from Pixabay

With the Senedd’s schedule reduced to only time-sensitive and coronavirus-related matters until at least the end of April, Ministers are set to update AMs weekly (Easter recess aside) on latest pandemic developments in Wales.

Shadow Economy Minister, Russell George AM (Con, Montgomery) welcomed measures from Business Wales and Banc, but questioned if they would have the capacity to deal with extra loans and alike. There are also many businesses which don’t pay business rates that need additional support or fall just short of the rate relief boundaries the Welsh Government has set (though this is what the small business grant scheme is aimed at).

Helen Mary Jones AM (Plaid, Mid & West Wales) raised the matter of business continuity insurance. There’s some confusion over whether an official order for businesses to close would make them eligible to claim on the insurance.

Several AMs raised concerns particular to businesses in their communities, with the hospitality and tourism sectors being especially hard-hit, as well as those who are self-employed. Several AMs also called for some form of temporary universal income.

Due to a slight technical problem….

The main issues raised by AMs were the testing regime, the impact of self-isolation on the elderly and school closures – though the latter was answered earlier today with the announcement that Easter holidays have been brought forward to this coming Friday.

Shadow Health Minister, Angela Burns AM (Con, Carms. W. & S. Pembs.) said widespread testing had caused a big drop in virus cases in South Korea – though the First Minister said there were sophisticated models used based on the number of people presenting in intensive care which gives health authorities an idea of how many cases there are in the community.

The main message coming out of the statement was that while the volume of people coming forward – or thinking of doing so – as volunteers is commendable, it had to be done in a controlled manner, probably coordinated through local government. Issues such as dealing with excess fatalities were still being discussed with the WLGA.

Delyth Jewell AM (Plaid, South Wales East) asked a number of questions relating to addressing possible loneliness amongst those self-isolating as well as support for people who can’t self-isolate – such as the homeless and those whose homes were still damaged from recent flooding. 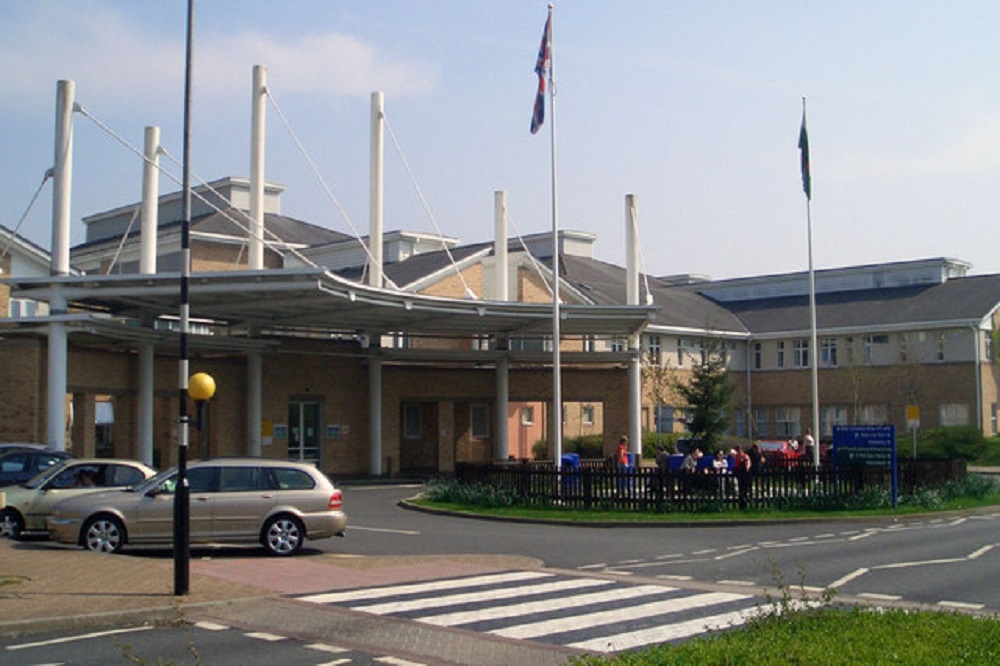 © Chris Hodcrof and licensed for reuse under this Creative Commons Licence.

Community Health Councils to be abolished as Senedd approves law

Yesterday afternoon saw the final vote on the Health & Care Quality Bill, a week after the final amending stage.

Shadow Health Minister, Angela Burns AM (Con, Carms. W. & S. Pembs.), said the Bill started with a lot of promise and could’ve forced the NHS to see care quality as a key driver.

Unfortunately, the Bill remained weaker than it should be in many areas, including the overly-broad definition of “care quality” and the lack of any measures to put in place when health boards and other providers fail.

“I understand this Bill….would not necessarily have prevented some of the scandals that we’ve seen in places like Cwm Taf and Betsi Cadwaladr, However, it would, with more teeth, have enabled us to strive for an NHS with an honest and open culture – a culture where, when a nurse or a midwife does a report that says, ‘There are serious failings in maternity services’, he or she would feel empowered to be able to flag that up, because that’s a duty of candour. Nothing in the current Bill is there that says, ‘You can do that’. In fact, rather it’s ‘Please be candid’ and ‘Oh, never mind….There’s not a lot we’re going to do about it’.”
– Shadow Health Minister, Angela Burns AM

Plaid Cymru lamented the loss of Community Health Councils. Rhun ap Iorwerth AM (Plaid, Ynys Môn) said they provided an effective means of scrutinising health boards and there were also serious concerns over the independence of the replacement Citizens’ Voice Body.

Replying on behalf of the government, Counsel General, Jeremy Miles (Lab, Neath),  said that despite disagreement between the government and opposition parties, there is a common purpose and he believes the Bill would “strengthen the duty of quality, the duty of candour, governance arrangements and the voice of the public.”

There is, as far as I know, no minimum number of AMs who need to be present in plenary for the Senedd to have a quorum. The Bill was passed by 22 votes to 16.

If anyone stockpiled carrier bags before the 5p charge came in, now is your time!

As regards double-bagging and quarantining potentially contaminated wastes. I can’t find this advice on WG, PHW or LA websites. Shouldn’t it be? Given that proper segregation of wastes and recyclables is not always observed, one hopes that the operators of waste handling facilities are quarantining wastes to reduce workers’ exposure.. Given there may be toilet paper shortages as a result of panic buying and that the use of non-toilet tissues may lead to blockages in the effluent system at a time Dŵr Cymru’s response may be stressed by staff absences, shouldn’t there also be advice on this?