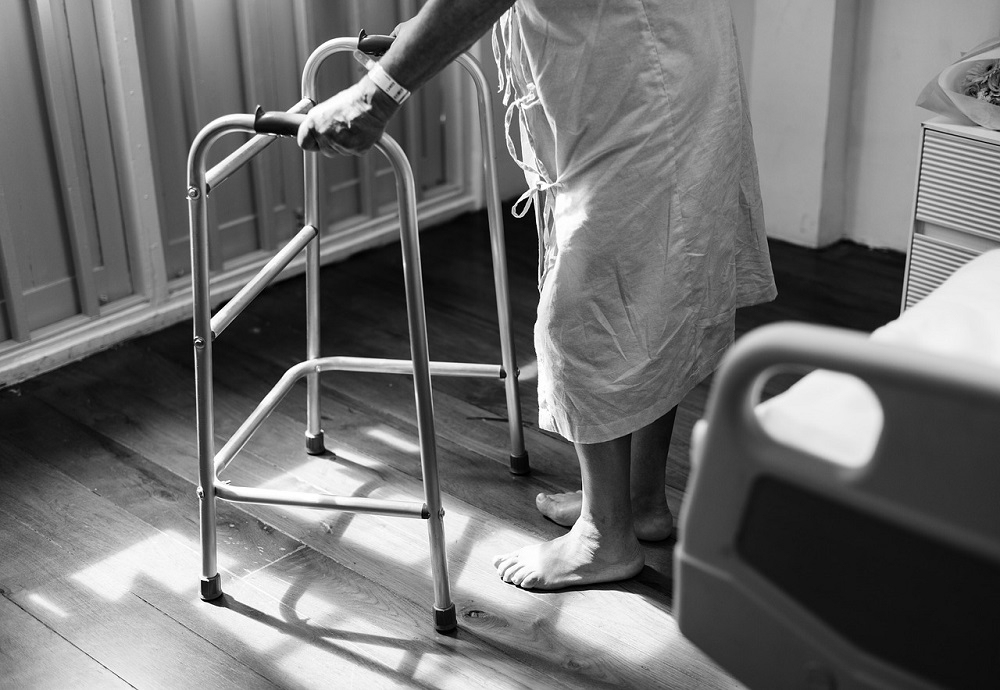 New figures published today by Care Inspectorate Wales have reported 2,165 deaths in adult care homes residents since the 1 March 2020 – 98% higher than the number of deaths reported for the same time period last year, and 61% higher than for the same period in 2018.

Plaid Cymru Shadow Minister for Local Government Delyth Jewell MS said the figures showed the need for coronavirus testing in all care homes in Wales: “The startling increase of 98% in the number of adult care home deaths compared with the same last year is deeply troubling and shows how desperately important it is for the need for universal care home testing.

“Care homes are still hotspots for the virus. In these closed settings, vulnerable and elderly people live in close proximity and are arguably one of the most at-risk groups. They should have been prioritised for care, not left behind.

“Why then is the Welsh Government still refusing to test all care home residents and staff?”

Public Health Wales has confirmed 16 further deaths from Covid-19. The total number of deaths from the virus in Wales is now 1,132. There have also been a further 105 people who have tested positive, bringing the total to 11.573. 1,193 tests were carried out over the last 24 hours.

“It may generate headlines and clicks but it doesn’t actually help us at all.”

Mr Gething said border controls would have to be erected, adding: “I’m not sure we have the powers to do that.

“What really matters is policing and enforcing the laws, the regulations.”

Earlier Plaid Cymru called for an immediate increase in fines to deter people driving to Welsh tourist hotspots after the prime minister’s relaxation of lockdown restrictions in England.

First Minister Mark Drakeford said in Monday’s press conference that people travelling from England would not be “fined immediately” for coming to Wales.

However, the Leaders of Plaid Cymru run local authorities, Plaid Cymru Police and Crime Commissioners and Plaid Cymru MS and Shadow Minister for Local Government Delyth Jewell have all joined the call to increase the fines to deter people from driving to Welsh tourist hotspots whilst the lockdown continues.

Plaid Cymru Police and Crime Commissioners for North Wales and Dyfed-Powys Arfon Jones and Dafydd Llywelyn said the current fines were not high enough with people “still flaunting” the restrictions and travelling “hundreds of miles” on non-essential journeys.

Plaid Cymru MS, Delyth Jewell called for greater powers to be given to police and local authorities to deter those who would take advantage of the situation: “The message from Wales is clear: Stay at home. The safety of the people of Wales must come first and anyone thinking of driving to Wales to visit a tourist hotspot needs to understand they would be endangering themselves and everyone around them.

“To this end and to protect people from the virus, we must support our police forces by giving them greater powers to make people think again about breaking lockdown restrictions.”

The Welsh Government has challenged local authorities in Wales to come up with ideas to allow the public to cycle and walk whilst maintaining 2-metre social distancing rules.

With roads and public transport quieter than usual, the government believes there’s an opportunity to transform how people get around their local communities.

Some of the proposed measures include temporarily widened pavements, greater use of 20mph limits, road and lane closures with access only to cyclists and temporary crossings.

Deputy Minister for Economy & Transport, Lee Waters (Lab, Llanelli) said: “I want local authorities to be imaginative, drawing on good practice from towns and cities across the globe. By reallocating road space and changing our environment we can alter the way people think about travelling. These changes will support much-needed improvements in air quality, decarbonisation and public health.”

In 2013, the Senedd passed the Active Travel Act which is aimed at securing long-term improvements in walking and cycling facilities to encourage people to leave their cars at home.

The public has been urged to contact their optician if they have issues with their eyesight during lockdown after a 78-year-old woman from Kenfig Hill near Bridgend was diagnosed as having a stroke which has resulted in her losing her sight in her left eye.

Retired civil servant, Edwina Knight, noticed her eyesight became foggy and was reluctant to seek out medical help due to the pandemic, but was encouraged to see an optician by her daughter.

Resultingly, a Specsavers optician noticed she had a suffered a transient ischaemic attack (TIA) behind her eye.

The optician who diagnosed her, Omair Khan, said: “If you experience any problems with your eyes or notice any changes in your vision, please give your local optician a call. In many cases, it is nothing to worry about – but sometimes it can be an indication of a more serious health condition.

Public toilets set to be exempt from business rates

The Welsh Government has agreed that a UK Parliament Bill to make public toilets exempt from business rates should be extended to cover Wales (pdf).

At the moment, public toilets are subject to business rates like any other commercial building and this is believed to have played a part in their gradual closure or transfer down to town and community councils.

In September 2019, campaigners called for public toilets to be considered an essential piece of public infrastructure.

The Bill will be applied retrospectively from 1st April 2020 and the Welsh Government estimates it’ll save £450,000 in business rates in Wales.

Closing the border, however desirable as well as regrettable would be a tall order logistically and also dubious legally but the Welsh government needs to do something decisive simply so that it has a plan should the numbers of people travelling over the border to visit former tourist hotspots. If the Westminster government hadn’t been so remiss as to not have reminded English citizens that the rules in Wales are different we wouldn’t be in this predicament, and surely in the absence of such the Welsh government would be morally, if not legally justified in taking independent action to ensure… Read more »

So, deaths in care homes 98% higher, 23% “suspected CV-19”. Assuming all suspected CV-19 deaths were legit (a very dubious assumption), it can be inferred that the effects of lockdown are killing more than 3 times the number of people than this dreaded virus. The actual figure is probably much higher again, just as in Italy it was discovered than only 12% of CV-19 deaths could be definitively ascribed to the effect of the virus. Any elected politician failing to speak out and ask some uncomfortable questions about the excess mortality in Wales due to lockdown crippling NHS services to… Read more »

Also, as I said earlier, (but the comment mysteriously vanished): So, deaths in care homes 98% higher, 23% “suspected CV-19”. Assuming all suspected CV-19 deaths were legit (a very dubious assumption), it can be inferred that the effects of lockdown are killing more than 3 times the number of people than this dreaded virus. The actual figure is probably much higher again, just as in Italy it was discovered than only 12% of CV-19 deaths could be definitively ascribed to the effect of the virus. Any elected politician failing to speak out and ask some uncomfortable questions about the excess… Read more »