The Welsh Government has come under fire after the UK-wide coronavirus scheme it announced it was participating in on Monday appeared to run out of its daily allocation of home testing kits for Wales early on Tuesday morning.

Speaking at Tuesday’s coronavirus press briefing Health Minister Vaughan Gething described the system that should allow anyone aged five or over with symptoms to be tested for Covid-19 as “a major step forward in increasing coronavirus testing.”

But by mid-morning there were no home testing kits or appointments for drive though tests available for applicants in Wales.

“That suggests to me that what we’ve been saying all along about a lack of urgency in increasing capacity in Wales was correct! Of course, Welsh Government needed to build that capacity quicker, and now across the UK we’re stuck in this boat together. We need urgent assurances that things will get back on track.

“Elements of the fight against coronavirus will be done on a UK-wide, a Europe-wide and even a global level, but we have to get our house in order too. We need a robust test and trace regime that we can trust.

The number of people claiming unemployment-related benefits in Wales in April has increased by more than 75%.

The first full month of the coronavirus lockdown saw the number of claimants increase to 103,869 compared with 58,576 in March.

The claimant rate has jumped from 3.9% of the Welsh workforce to 6.8% in a month.

According to the Office for National Statistics the overall UK total went up to 2.1 million in April, an increase of 856,500, 5.8% of the UK workforce.

The latest figures released by the Office of National Statistics have confirmed the number of deaths in Wales from Covid-19 has increased to 1,852.

The total includes deaths that occurred up to 1 May but were registered up to 16 May.

The new figures show a 65% increase on those released by Public Health Wales due to the different way the statistics are correlated.

PHW’s calculation is on date of occurrence rather than date of notification of the deaths and counts the total number of deaths reported to them among patients who had tested positive for COVID-19, regardless of place of death.  The ONS figures are based on all deaths registered involving COVID-19 according to death certification, whether in or out of hospital. 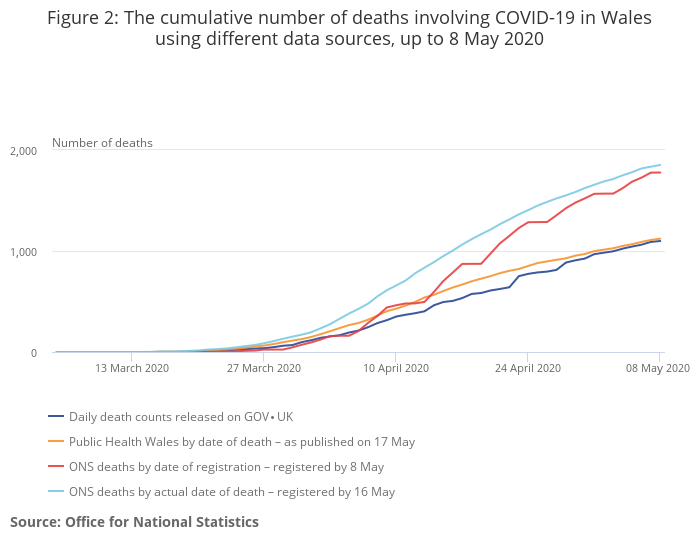 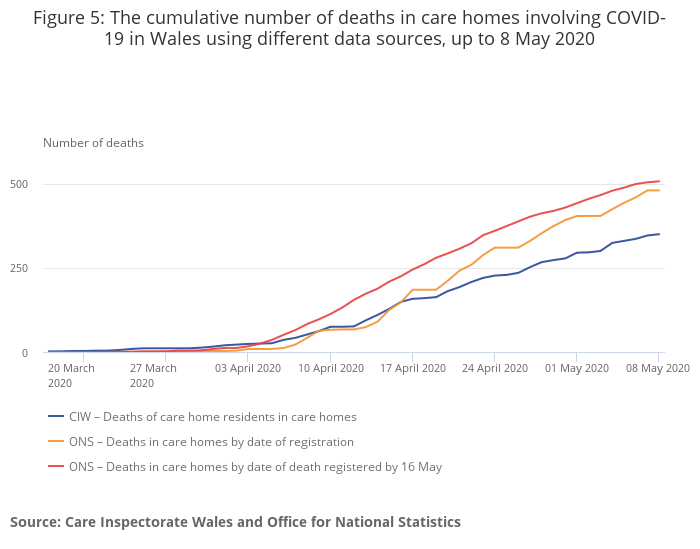 Between 17 March and 8 May, there were 350 deaths notified to the CIW involving suspected or confirmed COVID-19 and where the death occurred in care homes. 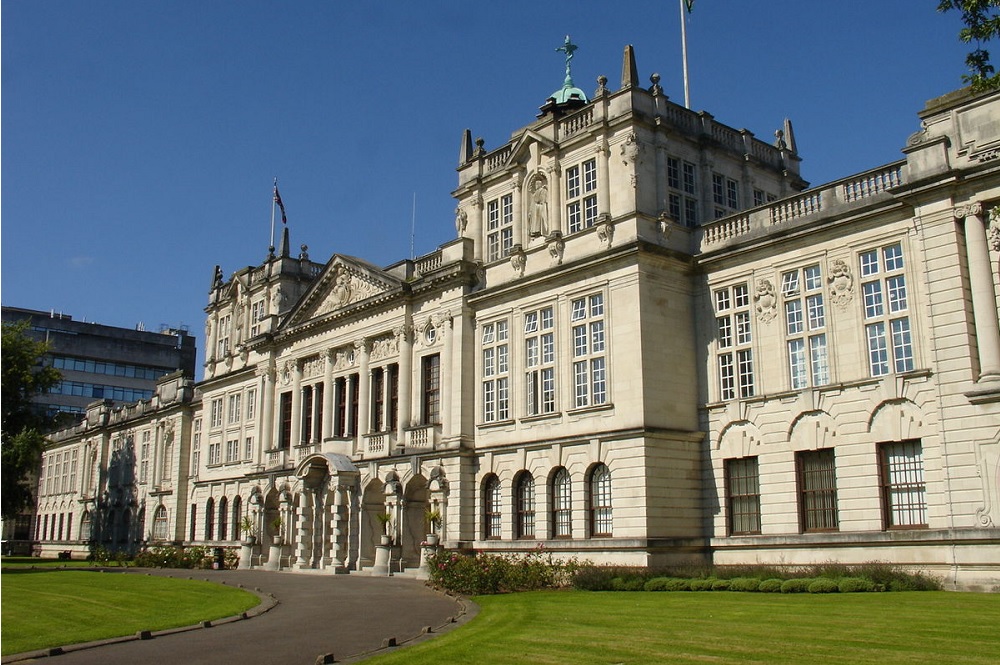 A report from Cardiff University’s Wales Governance Centre (pdf) has suggested Welsh universities could lose up to £140 million as a result of the coronavirus pandemic. Previous estimates have put the future closer to £100 million.

While the report says a Welsh Government decision to reprofile tuition fee payments to take more money in the first year, alongside furlough schemes, would help a wider package of financial support may be required.

Higher education is said to contribute up to 4.8% of the Welsh economy and in Cardiff, Swansea, and Ceredigion, universities directly or indirectly employ 5% or more of the local workforce. The paper also warns that Welsh universities may not be able to call upon their cash reserves to the same extent as other universities in the UK.

Education Minister, Kirsty Williams (Lib Dem, Brecon & Radnor) has previously said that the scale of required support may be too great for the Welsh Government to bear alone, while the Finance Minister, Rebecca Evans (Lab, Gower), has called for an extension to borrowing powers – which has been supported by Plaid Cymru.

If the series of debacles don’t result in a vote of no confidence in the 2021 elections then nothing ever will. If Labour get re- elected in any shape or form, either with a working majority or in coalition ( likely with Plaid) that too will be a sure sign that the electorate are inert and have no real interest in this colonialist form of government where 2nd ( or lower) rate of public service is accepted as a norm. Who’s working on a dramatic improvement in standards ?