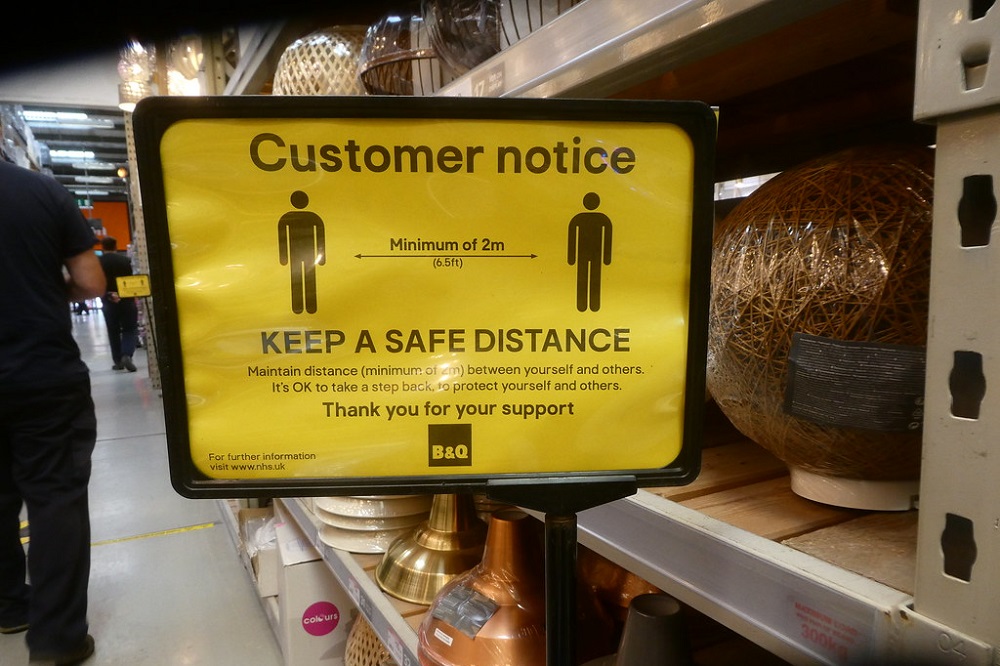 His comments came after the government announced that hairdressers, barbers and most indoor tourist attractions will reopen on Monday, following the latest review of the coronavirus restrictions.

The First Minister also announced that from July 20, playgrounds, community centres and outdoor gyms will be able to reopen gradually when safety checks and mitigations are put in place and that that pubs, cafes, restaurants and bars will be able to reopen indoors in Wales from early August, providing coronavirus cases continue to fall.

“If you are able to run a business taking all reasonable measures to sustain a two-metre distance that is what the law in Wales will require you to do,” Mr Drakeford said.

“But we recognise that there will be some context and some business for whom that simply isn’t practically possible and in those circumstances what the law in Wales will require is that those businesses will have to take a series of other mitigating measures.”

Among the examples of mitigating measures suggested are, the installation of protective shields, increased cleaning, marshals in outdoor hospitality venues and “extra rules in relation to the policing of toilets”.

“Those practical things will have to be in place in order to make sure that people are still kept safe from a disease that hasn’t gone away”, he added.

“I hope to be able to say something about public transport in Wales on Monday of next week, where this issue has been most hotly debated.

“But nobody should think that wearing a face covering is somehow a way of absolving you from the responsibility to do all those other things which actually offer you greater protection from coronavirus than a face mask will ever do.”

Public Health Wales has confirmed there were no new reported deaths from Covid-19 in the last 24 hours.

This is the second time this week there have been no further deaths from the virus.

The total number of people who have died since the outbreak started in March remains at 1,540.

Ten new cases were reported, taking the total number of people infected to 15,939.  On Thursday 2,632 tests were carried out

The Welsh Government has expressed frustration at the failure of the UK Government to formally respond to the Gender Recognition Act consultation by repeatedly delaying publication of the review.

In a cabinet statement they also complained that selected sections of the report had been leaked without proper communication by the UK Government to Welsh Government Ministers.

A report last month said Boris Johnson is set to scrap plans to allow people to change their legal gender by “self-identifying” as male or female.

Measures drawn up under Theresa May’s government to enable transgender people to change their birth certificate without a medical diagnosis have been shelved, according to the Sunday Times.

The government was also said to be preparing to set out new safeguards to protect female-only spaces including refuges and public lavatories.

The report suggested the review could be published by the end of July.

The cabinet statement says: “We have expressed our frustrations directly with the UK Government on several occasions in relation to its position on the consultation and review. We have pressed for clarity in relation to references to single sex spaces, the methodology of ‘checks and balances’ and sought clear commitment that changes to the 2010 Equality Act will not be made. We will write again to Equalities Minister Liz Truss MP to ask that urgent progress is made.

“We will submit our views on the published review of the Gender Recognition Act at the earliest opportunity and will ensure trans rights in Wales are protected to the fullest extent of our powers.

“While the thrust of the Gender Recognition Act may deal with matters which are reserved, we will explore what actions may be open to us to support trans people in related areas which are within devolved competence.”

Plaid Cymru MS Leanne Wood has called the response of the Welsh Government to the lack of PPE designed for women “irresponsible” and called on Health Minister Vaughan Gething to supply appropriately designed equipment for female workers in Wales.

In April, Leanne Wood called on the Health Minister to source gender specific PPE to ensure women, who make up the majority of workers in the NHS and social care settings, are adequately protected.

In a reply to Ms Wood last month, the Health Minister wrote he had been ‘advised that the industry considers that it is not necessary to produce gender specific PPE due to the range of sizes available.’

Four years ago, a survey conducted by organisations including the trade union Prospect and the TUC, showed that 57% of the women who took part found that their PPE sometimes or significantly hampered their work.

Figures released by Public Health Wales this week found that women make up nearly two-thirds of all confirmed coronavirus cases.

Ms Wood said the approach to protecting women risking their lives to treat patients and residents was “not good enough.”

“We know not just from anecdotal evidence, but from trade union surveys as well, that the equipment provided is designed to fit men. Women have different shaped bodies; even the goggles can be too big for many women’s heads. To expect such a large proportion of the workforce to wear ill-fitting protective equipment, especially when their lives are on the line, is not good enough.

“To sit back and do nothing – as the Labour Government is content to do – shows a dereliction of duty to the thousands of women workers who have stepped up to protect the public from coronavirus.”

“I have written back to the Labour Health Minister, asking him to reveal who advised him that it is not necessary to provide PPE designed for women, contrary to the evidence we have from workers on the ground,” she added.

Statistics published by UCAS show a 2% rise in university applications by 18-year-olds from the most deprived areas of Wales.

The figures show 21.6% of 18-year olds from the most disadvantaged areas applied up until the end of June, up from 19.4% last year.

The data also show a record proportion of 18-year olds from Wales applying to university. Applications reached a high of 33.6%, an increase of 0.7 percentage points.

Welsh universities have also seen an increase in applications overall. So far 128,000 applications have been received, a rise of 6%.

Education Minister Kirsty Williams said: “I’m delighted to see these statistics, which shows that the gap between applicants from the most and least deprived areas is narrowing.

“As a Government, we believe that high-quality education is a driving force for social mobility, national prosperity and an engaged democracy.”

Earlier this week, the Senedd took part in the final stage of amendments to the Wild Animals & Circuses Bill.

At a Glance Guide

The Bill aims to ban travelling circuses from using wild animals in performances or exhibitions – though this won’t extend to things like TV productions.

“Wild animal” has been legally defined as any animal species that isn’t normally domesticated in the British Islands (the UK, Channel Islands, Isle of Man).

There were no changes to the Bill at Stage 2 (in committee).

The Key Amendments at Stage 3

Amendment 9 – Andrew RT Davies MS
Limits inspection powers to registered vets or anyone else deemed to be suitably qualified to determine the health and welfare of an animal.
Vote: Rejected – 26 for, 28 against
Reason for Rejection: Some specialists (i.e. zoologists) who don’t have training in animal health and welfare may be prevented from entering a premises and anyone working on the premises has to be supervised by a designated inspector anyway.

The final vote on the Bill is due to take place next week.