Speaking at Monday’s press briefing he said: “We are not a police force in the Welsh Government, none of that is devolved to us.”

“Our responsibility is to make sure that those people coming to Wales for quarantine purposes get the best public health information we can provide to them, so they know what they need to do if they fall ill.”

His comments came as Cardiff Airport officially reopened to passengers on Monday for the first time since March, with flights to Spain and Portugal.

Ryanair had gone ahead with flights into Cardiff on Friday, despite an appeal from the Welsh Government to wait until Monday.

Travellers from Portugal are asked to self-isolate for 14 days under UK Government travel restrictions as are visitors from China, the USA and Sweden.

Mr Drakeford also said he hoped there wouldn’t be a repeat of scenes in England as large crowds gathered on streets when bars, pubs and restaurants reopened, and some pubs were forced to close due to safety concerns at the weekend.

Pubs in Wales are allowed to open to customers in beer gardens and outside areas from next Monday.

He said he would look “very carefully” at the experience in England over the weekend and would draw a “rounded lesson” from it.

“We want people to have a good time, we want people to be able to use the hospitality industry again, but we need us all to do it in a way that doesn’t cause risks to a rise [in coronavirus] for you and for everybody else.”

In total 1,531 people in Wales have died due to the virus since the start of the outbreak.

There were 3,054 tests carried out yesterday. Currently just 3.5% of coronavirus tests are coming back positive in Wales. At the peak of the pandemic, 45% of the tests were returned as positive. 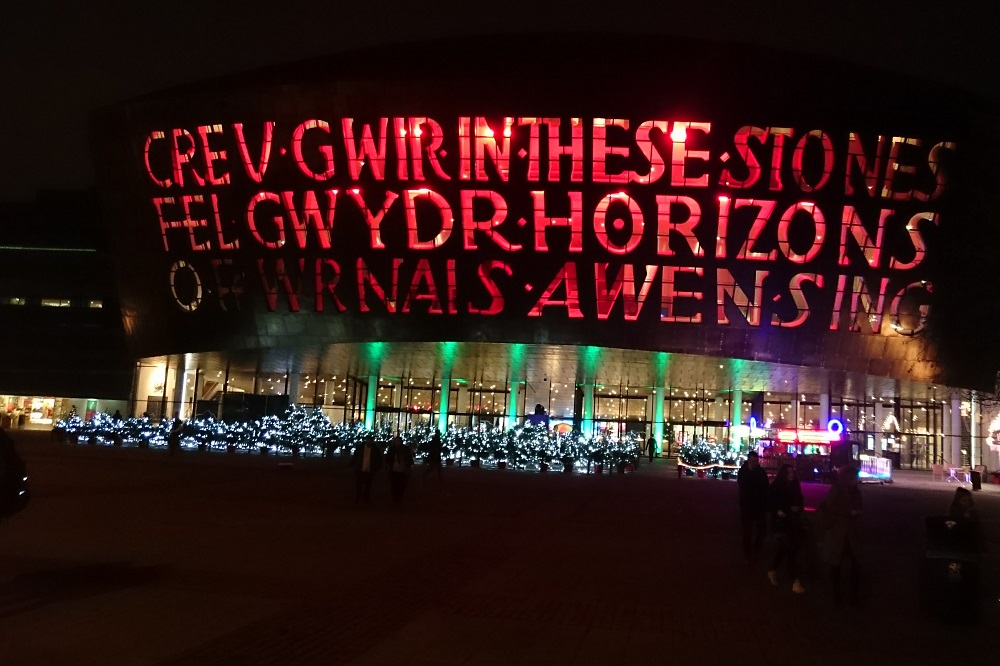 Arts organisations in Wales have been thrown a lifeline following yesterday’s announcement by the UK Government of a £1.57 billion coronavirus support package.

Described as the biggest one-off investment in UK culture, £59m has been allocated to help the sector in Wales, which largely closed down following the start of the coronavirus pandemic in March.

Announcing the support package, Prime Minister Boris Johnson said: “I understand the grave challenges the arts face and we must protect and preserve all we can for future generations, ensuring arts groups and venues across the UK can stay afloat and support their staff whilst their doors remain closed and curtains remain down.”

Nick Capaldi, chief executive of the Arts Council of Wales, told BBC Radio Wales the funding was “an absolute lifeline”.

“We were facing the imminent collapse of a whole sector of our cultural and creative economy,” he added.

“This is an unprecedented amount of money for the arts and I pay credit to the UK government for understanding the need and responding.

“Now the challenge is for us working with other cultural organisations and, of course, the Welsh Government, to make sure that this money delivers what it must, which is the protection of jobs.”

First Minister Mark Drakeford said a decision on how the Welsh Government will allocated the money will not be taken before Wednesday, and further announcements from the chancellor.

Mr Drakeford said his cabinet would look at the “whole package made available to Wales”.

Plaid Cymru leader Adam Price described the funding as “a great relief to so many within the sector.”

“Having spoken to members of the arts sector, it is clear that they have been shouting from the rooftops for help, support and leadership during this crisis. Redundancy consultation periods are happening today across the country and in a few weeks, that process will be irreversible. Many freelance workers who fell through the gaps have not received a penny since this crisis began and are already facing losing their livelihoods and homes,” he added.

“The Welsh Government must now show leadership by working with the industry to create a clear, safe and responsible plan that will guide the industry and the workers affected out of the crisis.”

David Melding, Welsh Conservative Shadow Minister for Housing, Heritage, Culture and Media said: “…it is essential that this money reaches the organisations that need it quickly and at all levels of art, including community art.

“I will be urging the Welsh Government to spend the whole £59 million on the arts sector as it is quite clear it will be one of the last areas of the economy to recover after Covid-19.”

The support package will also see Scotland receive £97m and £33m will be allocated to support the sector in Northern Ireland.

Welsh University could lose £500 million due to the coronavirus pandemic

New research from the Institute for Fiscal Studies has calculated that Welsh Universities could lose up to £500 million, because of the coronavirus crisis.

The report says up to 13 universities in the UK could go bust, although none of those are predicted in Wales.

Ten universities in England could face insolvency along with two in Scotland and one in Northern Ireland.

The biggest losses are expected to come from falls in international student enrolments and increases in the deficits of university-sponsored pension schemes, which universities will eventually need to cover

The sector faces lockdown-related losses of income from student accommodation and conference and catering operations, as well as financial losses on long-term investments.

The research also calculates that universities are unlikely to be able to claw back a large portion of these losses through cost savings unless they make significant numbers of staff redundant.

Social care workers in Wales are still waiting to receive a £500 cash bonus that was promised to them by the Welsh Government in May.

The payment has been delayed due to haggling with the UK Government over deductions of tax and National Insurance from the pay-out.

In a statement, the UK government said it had provided £2.3bn of funding for the Welsh Government to support people, businesses and public services during the pandemic.

“We are working with the Welsh Government to determine the exact scope of the proposed bonus,” a spokesman added.

“Payments made in connection with employment are however chargeable to income tax and NICS unless explicitly exempt.

“The Welsh government has the powers and funding to gross up the payment, if its intention is for social care workers to benefit by at least £500.”

Health Minister Vaughan Gething told the BBC Politics Wales programmes: “It’s deeply frustrating for not just the government but, in particular, for care home workers themselves.”

“We’re still trying to get the UK government to a position where they won’t take tax and National Insurance off these payments.”

Conservative MP Virginia Crosbie has apologised after a botched machine translation on her website garbled much of its Welsh language content.

The Welsh version of the Môn MP’s site translated factories into vegetables, supporters into waste pipes, and invites constituents for medical surgery.

The headline “2 sisters plant will pay full pay to workers” was translated into “Bydd 2 chwaer-blanhigyn yn talu cyflog llawn i weithwyr” which means “two sister-vegetations will give workers full pay”.

The website also invited constituents for medical surgery – “llawdriniaeth” – rather than a surgery meeting with the MP to discuss their concerns.

The website also translated an “amazing team of sewers” – people that sew – into “tîm anhygoel o garthffosydd” – the underground conduit for carrying off drainage water and waste matter.

The site had been translated with the Microsoft Translator Tool which correctly adapted much of the content but, without being given any context also made a number of mistakes.

In a tweet she said: “Thank you for your patience.”

“While I have started learning the Welsh language, I am sorry that the automatic website translation is not 100% perfect.”

“We’re currently working on a fully bilingual website”, she added.