Some Brains pub landlords asked to become self-employed after takeover 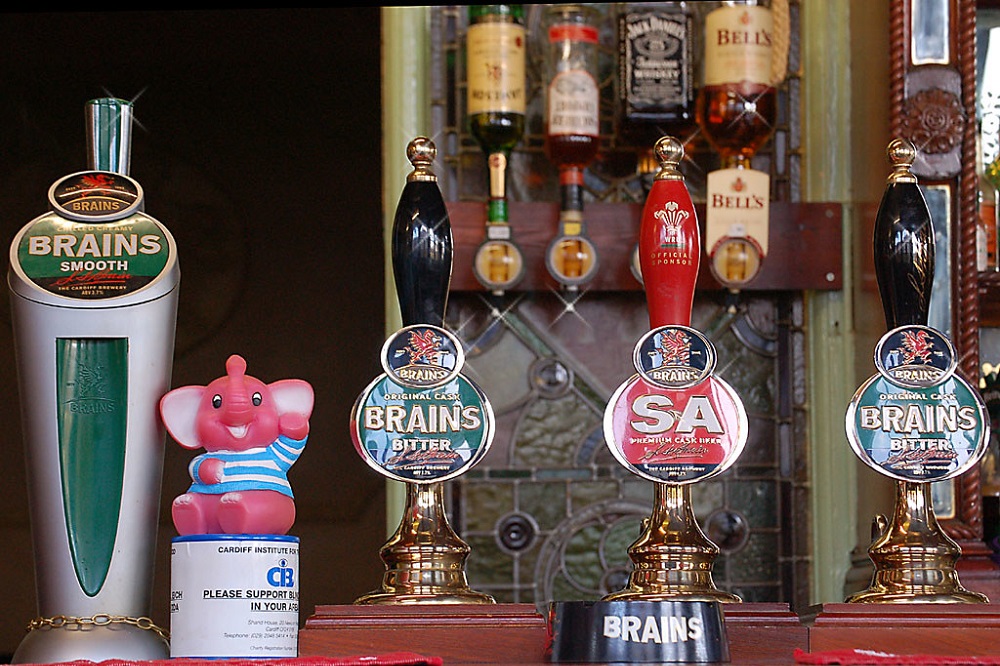 Landlords of 19 Brains pubs are being asked to become self-employed after a company takeover earlier this year.

Marston’s took over Cardiff-based brewer SA Brain in February, including its pubs which will continue to operate under the Brains brand.

Now the company is making changes to how some of the pubs are run. Instead of directly employing pub staff, Marston’s is asking managers at 19 pubs to sign up to a franchise deal, effectively becoming self-employed.

The company would not answer questions about which of the more than 100 Brains pubs will be affected.

But politicians and campaigners have raised concerns that affected managers claim they only have seven days to decide on becoming self-employed, before the company recruits for a replacement. There are also fears that the switch could mean removing benefits like pensions and sick pay.

Marston’s said the changes were only at underperforming pubs and were needed to keep the venues open. A spokesman added managers are usually given six weeks to make the decision, and denied claims of only offering a week.

In a letter to Mr ab Owen, Marstons CEO Ralph Findlay said: “Where a pub is to transfer to a retail agreement, the existing general manager is first given the opportunity to apply for this and provided with advance notice and opportunity to consider. This is usually one week of advance notice before recruiting more widely.”

He added that if the current manager doesn’t apply, whoever is recruited instead could choose to make them redundant.

The plans were criticised by the Pubs Advisory Service as “sham self-employment”.

Chris Wright, director of the Pubs Advisory Service, said: “Running a pub as a manager is an employed role. It makes no sense at all and it’s wrong.

“Why is it happening to these Brains managers? I have pub managers phoning me up and crying down the phone. They’re stressed out and don’t know what to do.”

“Of those impacted, any job losses could be up to 10–20 per cent of that number, in real terms this will amount to approximately 20–30 bar staff jobs across the affected pubs.

“These are pubs which were underperforming under the previous operation and we have identified a better, longer term, proven model to maintain a sustainable business for the pub.”

The changes were criticised by local politicians as “eradicating employment rights” and “heavy handed”.

Plaid MS Rhys ab Owen said: “The attitude of Marston’s seems heavy handed when it comes to these agreements. The stories I’ve heard from general managers, with years of service disregarded, are awful.

“I will continue to work with my constituents so their service to their local communities is respected, and the fear of immediate redundancy is removed. I’m calling on governments in Wales and Westminster to review how these situations can happen.”

Writing to the company, Labour MP Kevin Brennan said: “This strikes me as a misuse of self-employment under duress in order to eradicate employment rights for corporate advantage rather than genuine self-employment.

“The person heading up the new company is the former manager, and is expected to carry on as before following directions from Marston’s including opening hours, the kinds of stock they sell, placing orders, dealing with deliveries, and setting the sales prices through the Marston’s controlled till. Marston’s operates control over the day-to-day offer.

“The sole difference is the manager is now no longer ‘employed’ in the day-to-day role but instead fully responsible via their own small limited company for staffing a single pub. In effect, the shift in contracting the management of the pub to a third party has a single reason — to relieve Marston’s from all obligations related to employment at the pub site.”

Responding to these concerns, Marston’s said managers’ employment rights are protected under regulations called TUPE, which protect employees of companies during a takeover.

Managers are also offered to move elsewhere in the business, if they don’t want to become self-employed and take on the pub under a franchise deal.

A Marston’s spokesman said: “The decision to take on the retail agreement is entirely up to the individual. Their employment rights are protected under TUPE and they also have the opportunity to consider other opportunities across our business, in which case, if they were successful, their employment would continue unaffected.

“Businesses realign their operations based on commerciality on a constant basis, and this is no different.

“It is right and appropriate for us to offer this opportunity to the incumbent licensee first, prior to looking further afield. The average time to decide is approximately six weeks, but maybe in one or two cases four weeks has been the decision time.

“This is about creating a sustainable business model. The long term viability of the pub is not assured under the current operating model of these, defined by location, physical size and demographics. This protects licensees and staff alike, if a business fails due to its cost burden then all jobs are at risk.”

Marston’s started its franchise model in 2009. More than 600 Marston’s pubs in England and Wales now use this model, as well as other companies.

Before the takeover, Marston’s already ran 106 pubs in Wales under managed, franchised, and tenanted and leased models. The company said it invested more than £50 million in 18 new Welsh pubs creating almost 1,000 jobs.

Of the 147 Brains pubs which Marston’s took over, the company will run 99 pubs under a long-term lease and eight freehold sites. 30 pubs will run on an 18-month lease and could be sold off. A further 10 leasehold pubs will be run for two years.

The spokesman added: “Our long-term commitment is to operate 107 sites, and we believe this is an excellent pub estate with scope for additional investment, growth and job creation.

“We have already invested £3 million in the Brains pubs estate since completion in February despite the continued restrictions imposed as a consequence of the Covid-19 pandemic.”

The changes to employment practices have also sparked questions about whether they would fall under IR35 tax rules. IR35 was set up to prevent people becoming technically self-employed but still actually being in employment, which comes with tax benefits. The rules have notably been applied to BBC presenters and Ryanair pilots, but not yet in the pub sector.

He said: “The goal of IR35 is to stop sham employment practices. It’s a brilliant idea, but is it changing anything in the pub sector? The answer is no. Pub managers should be employed, and the staff should be employed by the brewery, not the pub manager. They should have decent working conditions. We’ve got laws, just use them.

“What we have is no enforcement in the pubs sector so far, so it is continuing as a practice and it is ruining the trade and people. We need to hear from the minister for employment and we need to hear from HMRC as to why the pub sector is untouchable.”

A spokesman for HMRC said they were unable to comment on the changes to Brains pubs, due to rules preventing discussion of the affairs of any identifiable taxpayer. Marston’s said IR35 would not apply under its franchise model, as the manager “does not provide services to us”.