The next Malcolm Tucker? Guto Harri confirms Director of Comms role with The Thick of It reference

Guto Harri has confirmed that he has accepted the role of Director of Communications for Prime Minister Boris Johnson by posting a picture of himself with The Thick of It actor Peter Capaldi.

Peter Capaldi played the sweary and ranting Malcolm Tucker, the Director of Communications for his party in the Thick of It series.

Guto Harri said: “Having taken advice from a distinguished predecessor, I’m delighted to confirm that I have accepted the role of Director of Comms for ⁦Boris Johnson.

“I’m joining a formidable team to focus on the things that matter and deliver what he promised to the people.”

Having taken advice from a distinguished predecessor, I’m delighted to confirm that I have accepted the role of Director of Comms for ⁦@BorisJohnson⁩. Joining a formidable team to focus on the things that matter and deliver what he promised to the people pic.twitter.com/6zro9G6nj1

The move to appoint S4C’s Y Byd yn ei Le presenter Harri, who was Johnson’s PR chief during his tenure as Mayor of London, comes following the resignation of Jack Doyle as the Prime Minister’s Director of Communications last week.

“I gather Guto has a leave of absence from Hawthorn of six months, just in case No10 thing isn’t long term,” he said.

The move has already been criticised by those keen on ousting Boris Johnson, including Dominic Cummings who shared a message he said he’s received from inside No 10, which pejoratively described Harri a “pro-Remain lobbyist”.

Rhondda Labour MP Chris Bryant also shared a Nation.Cymru article in which Guto Harri said that “only a really grovelling apology” would do for Boris Johnson.

Commenting on the alleged Downing Street parties in an appearance on Newsnight last month, Guto Harri accused the PM of not providing “enough context” in his partygate apology, saying “I think we can safely assume that there were many more gatherings like this because it seems to be a pattern.

“Somebody needs to put them in context and explain, yes maybe they’re unforgivable but they’re also understandable at the time in some ways.

“The problem at the moment is that nobody seems to be getting a grip, and the Prime Minister has to invite an inquiry to conclude what went on in his own house.”

Perhaps Guto will script a grovelling apology for the buffoon. Getting the buffoon to speak the words with sincerity is a seriously tall order. 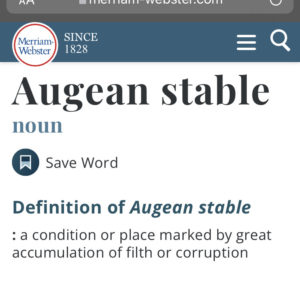 Understandable for sure, but just not in the way you mean it Guto…

I must confess that I’m not that familiar with Mr Harri, not having a tv, it is only ‘thanks’ to lock down and N.C and a piece in the Guardian this evening that I am learning…somehow his face is on 3 out of 10 of the photos above…and that he is a ‘player’ of this game to be reckoned with I fear…but whose side is he on…game on!

He is doing it for a laugh, never has to buy a drink in a pub again, in the bunker with the furher in the last days? Worth more than a drink or two ill bet in the daily hail or the fasiograph. Show us all your true worth hari!