5200 people have packed Penderyn square in Merthyr Tydfil to call for independence for Wales.

The march started at 12pm as the crowds gathered on Penderfyn Square square in the centre of the town and completed the 1.2 mile route.

The march was organised by All Under One Banner Cymru (AUOB Cymru), who also held marches in Cardiff and Caernarfon in May and July.

”I am lucky enough to have been to every corner of Wales, and know that much more binds us together than divides us,” Eddie Butler said.

”I am amazed and dismayed that our spirit of defiance has been confined to the sports field.

”The United Kingdom that made my parents proud to call themselves British no longer exists.

”Out of Westminster what good will be coming the way of Wales? No good.”

Neville Southall added that it was “no good having a dragon if the dragon cannot roar.”

“And at the moment we cannot roar because we don’t have any money. We need to build a country that looks after the lowest of the low. We need to take everybody and treat them the same.

“There should be no class system in Wales. Everyone should be the same.”

Scotland’s The National newspaper had produced a Welsh edition for the march, with 2,000 free copies of the bilingual edition distributed among those taking part. 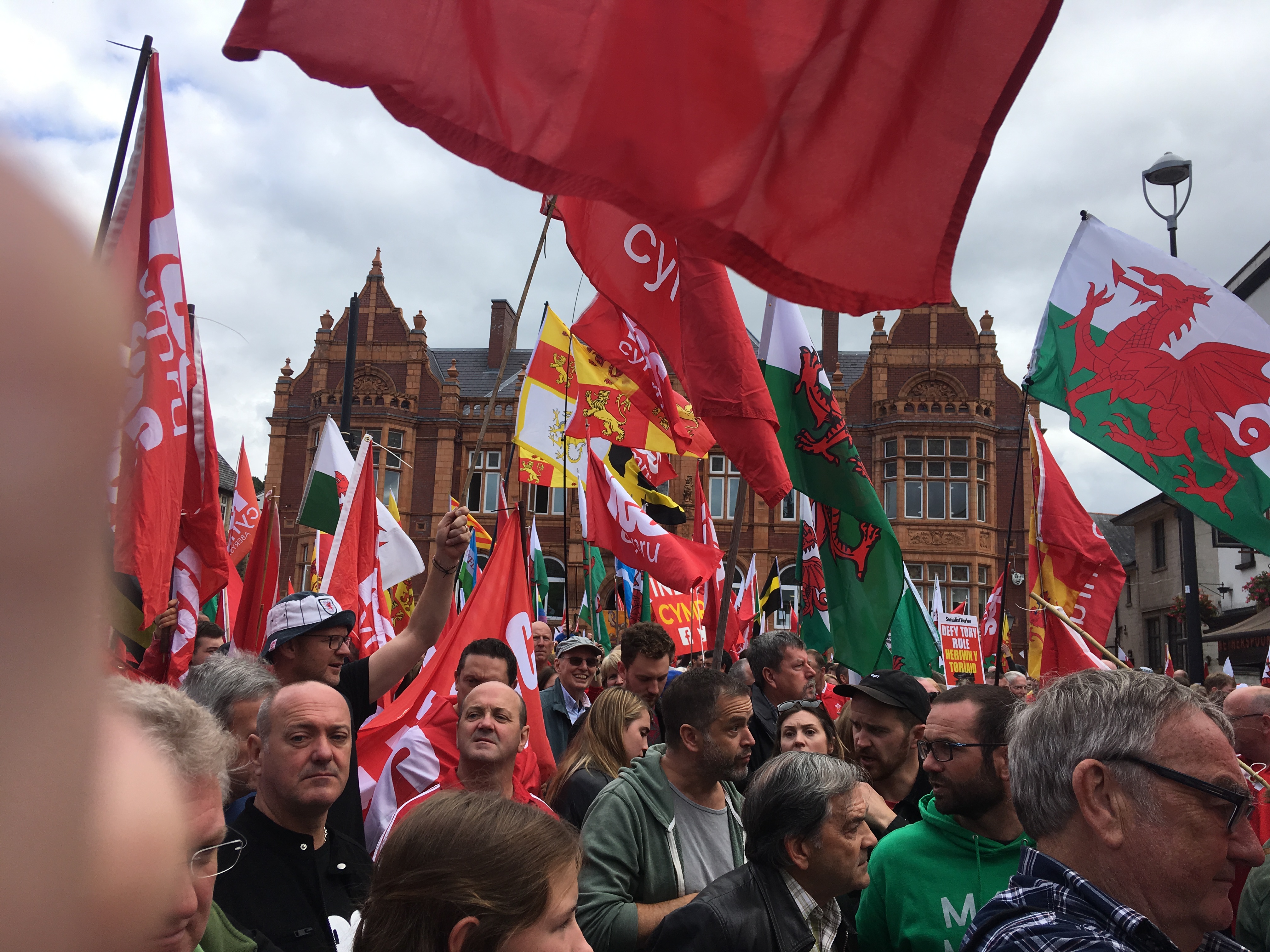 Ble nesaf? Where next?

We need a march in st clears; join the Beca fight back, Smash the gate release our freedom. another reason before I forget David Peterson lives there.