This week’s short debate was led by Mick Antoniw AM (Lab, Pontypridd) on the subject of celebrating Welsh heroes.

Finding inspiration in the past

Mick Antoniw said that while Wales has many heroes, their contribution is often camouflaged by “an overbearing UK or British identity”. It was right and proper that Wales’ contribution to international events and international history is properly recognised.

“Every nation needs its heroes and now more than ever. The challenges facing today’s generation are immense. From climate change to the search for new antibiotics, from the rise of fascism to the pollution of our oceans, it is a new generation of heroes that Wales and the world now needs and I believe that in part they will find their inspiration in the past.”
– Mick Antoniw AM

The short debate then largely turned into a historical name-dropping exercise, with acts encompassing bravery, pioneering developments, intellectual thought and alike stretching from Ireland to Francoist Spain, Ukraine, the foundation of the United States and even closer to home with the likes of Robert Owen and honorary Welsh people like Paul Robeson.

Reasserting the distinctiveness of our own heritage

Replying to the debate on behalf of the government, Deputy Minister for Culture, Tourism & Sport, Dafydd Elis-Thomas (Ind, Dwyfor Meirionnydd), believed it was time “that we reasserted the distinctiveness of our heritage, in particular to redefine the contribution that Wales has made to internationalism.”

He also made a distinction between a type of heroism which celebrates individual achievement and that which comes from a community or train of thought where they weren’t doing something for themselves.

“I did have the honour of meeting Bertrand Russell in the context of the peace movement, in the context of the contribution that he made with his famous telegram sent from Penrhyndeudraeth to Washington and Moscow at the time of the Cuban missile crisis, which was a very frightening period for me as a relatively young man and for many other people. He was certainly a great philosopher and a great humanist.”
– Deputy Minister for Culture, Tourism & Sport, Dafydd Elis-Thomas

He stressed that any celebration of these figures needs to recognise the internationalism that they promoted and which we are in desperate need of today.

Leanne Wood AM (Plaid, Rhondda) cited the pretty grim statistics on rapes and rape convictions – and whilst still not knowing the full extent of child sexual abuse. A “poisonous culture” remained where victims are blamed – noting the experiences of the victim in the trial Ross England collapsed. She called for a public information campaign to make it clear where boundaries are on consent and said devolution of criminal justice could lead to improvements such as perpetrator programmes to reduce re-offending and changes to police practices.

“….when I was 18 years old, I gave a lift to a young man from a party. I’d never met him before, I knew nothing about him, but he just happened to live close to where I did. And, when I dropped him off at his house, and I refused to go in, he started beating me around the head, from nowhere….I never reported it to anybody; I never spoke to my parents about it and I never spoke to my friends about it. How deeply disturbed was this individual….that he thought that he had a right to beat me over the head simply because I refused to go along with his advances?”
– Jenny Rathbone AM (Lab, Cardiff Central)

Delyth Jewell AM (Plaid, South Wales East) said the odds were stacked against victims from the start – despite some positive work by Police & Crime Commissioners. Victims are often subject to detailed questioning of what may be the worst event of their lives, while they’ll have to undergo invasive medical exams. Rape survivors are likely to come into contact with services which are devolved and the only missing piece in developing a properly integrated service for rape victims was arguably the most important one – criminal justice.

Joyce Watson AM (Lab, Mid & West Wales) spoke out against digital processing notices which ask survivors to grant permission for the police to “rifle through their mobile phones and other electronic devices”.

Devolution of criminal justice won’t fix things by itself

“I’ve said this before, but it’s true: Wales has an east-west axis of crime and justice, and calls for the devolution of criminal justice to Wales fail to recognise that criminal activity does not recognise national or regional boundaries and that 48% people in Wales live within 25 miles of the border with England and 90% within 15 miles of the border.”
– Shadow Communities Minister, Mark Isherwood AM (Con, North Wales)

Mandy Jones AM (BXP, North Wales) said devolution of criminal justice wouldn’t necessarily lead to the desired outcomes – every week there are debates on failings within areas under the Welsh Government’s control. She had no confidence the Welsh Government could do any better than the UK Government.

Whilst accepting the general premise that rape victims are being let down, Michelle Brown AM (Ind, North Wales) accused Plaid Cymru of using this fact to further ambitions for independence.

The Deputy Minister promised to raise the issues raised in the debate with the Welsh police forces at their next joint meeting.

She added that the Thomas Commission was right to conclude that Wales was being let down by the justice system and while justice remains non-devolved, the Welsh Government will continue to do what they can to support victims and also to prevent crimes – such as public information campaigns against controlling behaviours in relationships and teaching about healthy relationships in schools.

The motion was carried by 35 votes to 12 with two abstentions.

Minister: History shouldn’t be confined to one lesson or one subject

Concerns history will be diluted in the new curriculum

Committee Chair, Bethan Sayed AM (Plaid, South Wales West), noted concerns from witnesses that Welsh history will be diluted – and students may not develop an academic rigour of historical analysis – when taught within a broader humanities area of learning under reforms to the national curriculum.

One of the Committee’s key recommendations was rejected by the Welsh Government too:

“I’m disappointed that the Government has rejected our recommendation to include a common body of knowledge for all pupils studying history in the new curriculum. The evidence we heard was that learning about key events will allow all pupils to have an understanding of how their country has been shaped by local and national events within the wider context.”
– Bethan Sayed AM

She added there was a real risk that under the flexibility offered within the new curriculum, students in different schools with different teaching methods may not end up with a shared sense of history that includes topics such as black history.

Mick Antoniw AM (Lab, Pontypridd) listed several key local and national historical events and personalities (some of which he mentioned in his short debate – here) – Dr William Price, the Taff Vale industrial dispute, and Llantrisant bowmen at the Battle of Crécy during the Hundred Years War – which may or may not be covered.

Shadow Culture Minister, David Melding AM (Con, South Wales Central), stated that if we don’t think about our history and culture then what makes us think anyone else will?

Dr Dai Lloyd AM (Plaid, South Wales West) outlined the importance of perceived injustices to the history of Wales, including the suppression of the Welsh language, while John Griffiths AM (Lab, Newport East) believed teaching history should start locally and move nationally and globally instead of the other way around – later echoed by Russell George AM (Con, Montgomery), who supported teaching students about local heroes.

Shadow Education Minister, Suzy Davies AM (Con, South Wales West) made the case for history remaining a distinct academic discipline and subject. Too many teachers in schools were already teaching outside their speciality – something AMs have been told isn’t the best experience for pupils – but the new curriculum is going to create a humanities area of learning which will encourage this arrangement.

Sian Gwenllian AM (Plaid, Arfon) stressed the need to build a body of dedicated resources on Welsh history to use in the classroom – and there have been moved towards that via Hwb.

History “not a matter of one lesson or one subject”

Education Minister, Kirsty Williams (Lib Dem, Brecon & Radnor), told the chamber that one of the new curriculum’s key themes is cynefin (English: “habitat”)– developing an understanding of identity and place.

“Analysing, understanding and questioning the histories and stories of Wales, our communities and our neighbours should not and cannot be limited to a history lesson….Therefore, it’s interesting to note that….I couldn’t find a single reference to literature, sport, film or drama. And that’s a real shame, as it gives the impression that history – or more accurately, histories – is only a matter for one lesson and one subject.”
– Education Minister, Kirsty Williams

She had sympathy with the recommendation that a specific body of key events and topics be studied by all learners, but it was rejected to ensure teachers have the flexibility to tailor lessons as they see fit, including the inclusion of local history.

She promised that new teaching resources referring to key events and topics in Welsh history will be made available – though a lack of resources wasn’t said by the Learned Society of Wales to be a particular issue (presumably meaning there’s plenty of it, but it’s not easily accessible or suitable for whatever reason). 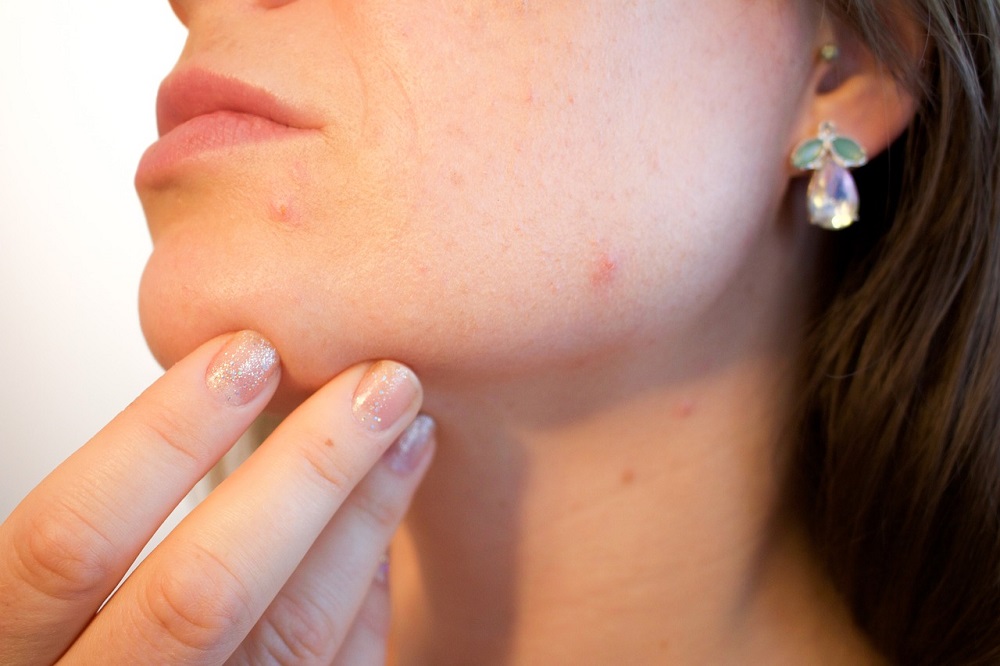 87% of dermatologists surveyed for the Skin Foundation said not enough importance was placed on the mental health of skin disease patients.

A number of dermatology patients told BBC Wales that they were never offered mental health support despite their conditions – ranging from psoriasis, eczema and skin-picking disorder dermatillomania – often having a serious emotional impact or a psychological cause.

The joint-chair of the Royal College of GPs Wales said “GPs have 10-minute appointments most of the time, and that doesn’t give you long to cover the physical aspects of disease and the underlying psychological disorder. That’s where having continuity of care with a nurse and GP can be really helpful.”

Professor Graham Donaldson’s report ‘Successful Futures” (2015) presents significant unaddressed challenges for implementation and assessment. The “New Curriculum” is not a curriculum in the traditional sense but more a set of guidelines and outline guidelines at that. “Purpose-driven rather than content-driven”(s25 Senedd document”Teaching of Welsh History”, November 2019), how can assessors evaluate outcomes against objectives? Will all teachers have the breadth of knowledge and training required for delivery of Welsh focused interdisciplinary humanities teaching (or something local and specialist as Cynefin)? When will learning resources usable in classrooms be made available?