Leader of the Opposition, Paul Davies AM (Con, Preseli Pembs.) asked how many operations have been cancelled in the Welsh NHS over the last four years? In the absence of a clear answer by the First Minister, he decided to help him out:

“….the number of operations cancelled by Welsh health boards has increased by 7%, with an incredible 170,000 operations having been cancelled since 2015 at no fault of patients. The Wales Audit Office has stated that each minute of surgery costs £14. We are therefore looking at tens of millions of pounds wasted in cancelled operations, which our Welsh NHS desperately needs.”
– Leader of the Opposition, Paul Davies AM

The First Minister said this was an example of the Tories taking a complicated subject and “simplifying it beyond all sense”. Over half of operations are cancelled by patients, with the next largest group being cancellations for clinical reasons (i.e. not being fit enough on the day).

Paul Davies contested that the figures he gave related to non-clinical reasons and cited BMA concerns about capacity and under-funding. The First Minister’s go-to answer: 10 years of austerity.

Welsh farmers on the scrapheap?

Filling in for Adam Price for a second week running, Rhun ap Iorwerth AM’s (Plaid, Ynys Môn) first question was about the UK Government’s temporary post-Brexit tariff regime, which was leading to a situation where farmers could be priced out of foreign markets with an obvious effect on rural communities. He asked for the Welsh Government to put pressure on the UK Government to stop Welsh farmers being “thrown on the scrapheap”.

The First Minister said he hadn’t had the opportunity to go through the tariffs in detail just yet, but he wasn’t confident the UK Government was listening:

“I spoke with….Boris Johnson, when he came here to Cardiff back in the summer about the impact on the countryside here in Wales, the rural communities and falling out of the EU without any deal. He didn’t have very many answers, and he didn’t have very many details behind the answers that he did have to give me any confidence that the UK Government had considered in detail the impact of the path that they wish to follow on farmers here in Wales.”
– First Minister, Mark Drakeford (Lab, Cardiff West)

The second question was, of course, abour the Senedd’s name – which will be debated in agonising detail tomorrow afternoon alongside other things. The First Minister said “Senedd” was in common usage regardless of what the legal name may or may not be. He also confirmed backbench Labour AMs will have a free vote on any amendments regarding the name, partly contradicting what AMs were told last week.

After offering his own views on the name issue, Mark Reckless AM (BXP, South Wales East) turned attention to free movement, with a motion passed at the UK Labour conference supporting extending freedom of movement to the entire world and also granting foreign nationals an immediate right to vote – rights which are set to be added to the Senedd & Elections Bill tomorrow by the Welsh Government.

The First Minister told him it was the right thing to do:

“I think the Member is accusing me of supporting Labour party policy, so I’m grateful to him for that. I look forward tomorrow to voting in favour of allowing people from other parts of the world who have made their homes and futures in Wales to give them the opportunity to express their commitment to our futures by taking part in our democratic processes. That is absolutely the right thing for us to do….when those people feel that their place in Wales is less secure than it ever has been, where they are made to feel by others that they’re not welcome to be here….”
– First Minister, Mark Drakeford

“The switch from petrol and diesel to electric vehicles is a fast-moving area, and we wanted to be sure our emerging thoughts were in step with the evolving world. Earlier this year, we took the unusual step of publishing a draft report and making it available for stakeholders to comment and reflect on what we’d seen so far. As a result, we’ve been able to ensure the voice of those who use electric cars, and those curious about doing so in the future, has been heard.”
– Committee Chair, Russell George AM (Con, Montgomery)

See also: Minister doesn’t believe a law is required to speed up transition to electric vehicles

Welsh Government policy is heading in the right direction

First, the good news. The Welsh Government is starting to take electric and low-carbon vehicles more seriously, with transport accounting for 13% of all of Wales’ carbon emissions. There’s a policy aim for the public sector vehicle fleet to be ultra-low emission by 2025.

A new transport strategy is due to be published in the first half of 2020 and electric vehicle infrastructure is expected to be a key part of those plans. The Welsh Government believes that Transport for Wales could lead the development of an electric charging network, with lessons learned from the experiences of the Superfast Cymru programme (don’t over-promise, communicate effectively and make sure public investment results in a share of private profit).

Despite all of the policy goals, electric vehicle charging is still in its relative infancy. While part of this is down to the vehicle manufacturers themselves (membership schemes, cards, apps and a lack of standardisation of power sources was said to be confusing), the Committee believes current infrastructure would struggle to cope with a major increase in the number of electric vehicles on Welsh roads.

The Welsh Government expects the private sector to take the lead on rolling-out infrastructure, aided by a £2 million fund committed over two years as part of a budget deal with Plaid Cymru, which ends in the current financial year. The Economy Minister, Ken Skates (Lab, Clwyd South), said the alternative would be for the taxpayer to foot the bill for what would be quite expensive infrastructure.

The Committee’s headline recommendation is that the latest planning policy is updated so that a requirement for new non-residential developments to install charging points in at least 10% of available parking spaces is extended to new residential developments. They also recommended the Welsh Government encourage local authorities to bid for UK Government on-street charging point grants.

The main barriers identified during the inquiry are the high price of electric vehicles, “range anxiety” (fear of running out of power due to a lack of recharging infrastructure) and the ability of the National Grid to support a large increase in electric vehicles.

Concerns over the Government’s ID card suggestion are a “point of language, not substance”

A report from the Wales Audit Office (pdf) revealed that the number of households in fuel poverty has almost halved in the last decade, but this still meant more than 150,000 households (around 12% of all households in Wales) were struggling with energy bills.

“Living in a cold, damp home impacts on people’s mental and physical well-being and dealing with the consequences of fuel poverty increases other public spending, for example in the NHS. So it is good to see that Welsh Government investment has helped to improve the energy efficiency of people’s homes and seems to be part of the story of reducing fuel poverty rates. But, given it has not met its targets to eradicate fuel poverty, there are lessons for the Welsh Government to learn as it considers its future ambitions and role.”
– Auditor General, Adrian Crompton

The Welsh Government set a target to eliminate fuel poverty by 2018 and has spent £249million to reduce fuel poverty, primarily through home energy efficiency projects.

The report suggests a tension between policies to reduce domestic carbon emissions and allowing poor households to increase their energy use to prevent living in a cold home. 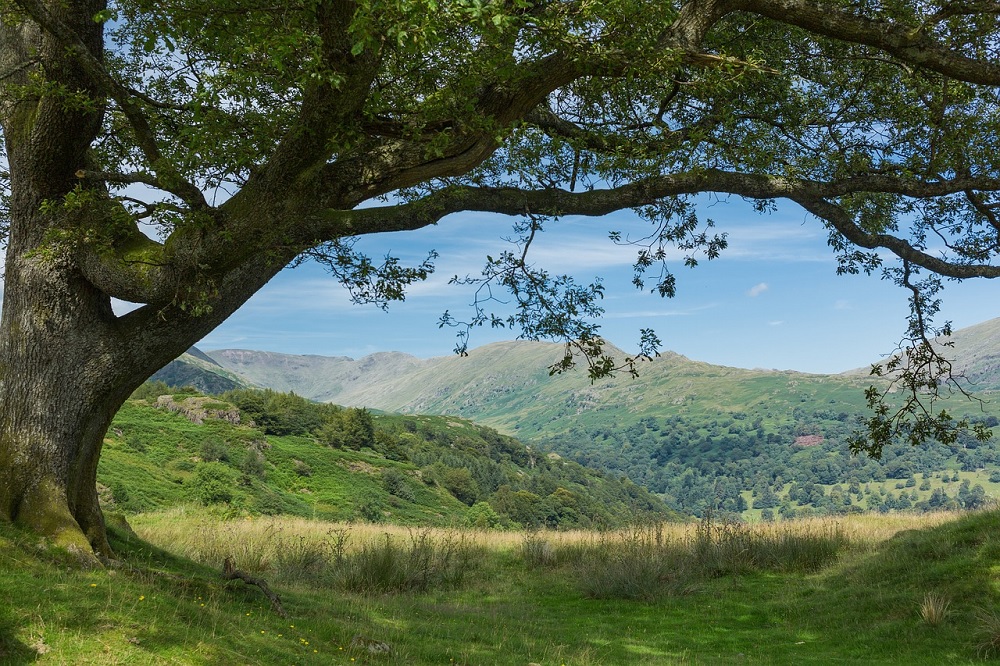 Image by ian kelsall from Pixabay

“Membership of the EU has helped drive up environmental standards and has been a catalyst for environmental improvements. The Welsh Government must ensure that Wales can successfully build on this following the UK’s exit from the EU.

“To do this, a new and robust system of environmental governance will be needed, one that can rise to meet the environmental challenges we face now and in the future.”
– Committee Chair, Mike Hedges AM (Lab, Swansea East)

While UK Government plans to deal with post-Brexit environmental regulations will mainly apply to England (as environmental policy is mostly devolved) there are some reserved matters with regard to the Welsh devolution settlement.

In August 2019, the Welsh and UK governments agreed with the UK Government that a common set of environmental rules was needed and work was (at the time) ongoing.

The Committee demanded that within the next three weeks, they’re provided with further details on the Welsh Government’s agreement with the UK on common environmental principles.

There could be gaps in environmental governance after Brexit

The Welsh Government said there was the potential for three gaps to appear in terms of environmental governance after Brexit (because it’s currently undertaken by the EU): independent accountability, a method for citizens to raise complaints and enforcement.

There’s no clear decision yet on whether any new independent environmental enforcement body will be UK-wide or Wales-only. WWF, Greener UK and the Farmers Union of Wales all called for a UK-wide body which respects the devolution settlement.

There was a general conclusion that there was no UK or Welsh body capable of taking over the EU’s environmental governance functions, in whole or part – but there were no concerns that a new body couldn’t be established.

There was broad agreement that any new body should be independent of government, directly accountable to the Senedd in some way and funded through the Welsh block grant. Canada’s Commissioner for the Environment & Sustainable Development was said to be a suitable model – though Natural Resources Wales believed the role had to be clear, particularly where responsibilities overlap.

The Welsh Government also believe that any enforcement action should not be restricted just to fines and that any complaints system should be free and easy to use by the public.

While the Welsh Government said that they will continue to apply EU rules while “legislation is developed” on a successor system, they didn’t explain to the Committee how precisely they intend to address any gaps during a transition period.

No proposals for transitional arrangements have been laid out by the Welsh Government – though the UK Government has proposed a “shadow body” to receive complaints etc. until a new body is set up.

What has been said is just another proof that the future for Wales IS in the European Union.

The future for Wales IS to be an independent nation member of the European Union.
It will have full representation at the council of ministers in Brussels.