If you thought the last FMQs of the term would be an easy ride for the First Minister, then you would be wrong….

Labour in the dock over anti-Semitism

Mark Reckless AM (BXP, South Wales East) asked whether it was right for the Equalities and Human Right Commission to formally investigate Labour for anti-Semitism, particularly in light of the recent BBC Panorama documentary?

He went on to say that when Mark Drakeford took over as First Minister, Jenny Rathbone AM (Lab, Cardiff Central) – who was then suspended and under investigation for anti-Semitic remarks – was readmitted relatively quickly and a UK Labour investigation never concluded.

The First Minister said he wasn’t going to be drawn into commenting on issues outside his responsibilities, but he was fairly unequivocal:

“I say here again on the floor of the Assembly, as I’ve said regularly whenever I’ve had the opportunity, that anti-Semitism has no part in the Labour Party in Wales and no part in Welsh life, and we will continue to work with Jewish organisations to make sure that the contribution that Jewish communities have made to Wales is properly understood and recognised, and where there are instances of anti-Semitism of any sort, then those must be dealt with, and dealt with rapidly.”
– First Minister, Mark Drakeford (Lab, Cardiff West)

Adam Price AM (Plaid, Carms. E & Dinefwr) called back to a statement made by the First Minister in his previous role as Finance Minister, where he said that from January 2018, all Welsh Government-funded projects with a value of £2million or more must have a project bank account. This is to prevent smaller subcontractors losing money when larger firms go bust (a recent example being Dawnus).

However, Adam Price revealed that none of the 32 projects of that kind use a project bank account – to which the First Minister promised an investigation.

Another promise was to end no-fault evictions:

“….during the Labour conference in April, you said: ‘We will end the demeaning and degrading practice of no-fault evictions for those people who live in the private rented sector’. Yet last week, your Housing Minister launched a consultation on extending the notice period on no-fault evictions from two months to six. Is that what you meant when you said you’d end no-fault evictions?”
– Adam Price AM

The First Minister said the move fits with the Renting Homes Act 2016 and “nobody could pretend” that the Welsh Government weren’t committed to eventually ending no-fault evictions for private tenants.

“The shortest whitewash in history”

Leader of the Opposition, Paul Davies AM (Con, Preseli Pembs.), wasn’t impressed with the Welsh Government’s definition of transparency:

“….in the last week, two reports have had to be forced out of your Government – the report into kukd.com and the leak inquiry into the sacking of Carl Sargeant. Both of these reports are of an incredibly serious nature, yet many people are questioning the level of scrutiny that they can receive, as each one is lacking in detail. It is shocking that the report into the sacking of Carl Sargeant, which led to his death, is barely 350 words long. It is the shortest whitewash in history, First Minister.”
– Leader of the Opposition, Paul Davies AM

The First Minister defending the government’s actions; a report was promised and was published. Leak reports are never published (in full) by any government, but there’s a very clear public interest into at least publishing the minutes. He “had nothing further to add”. 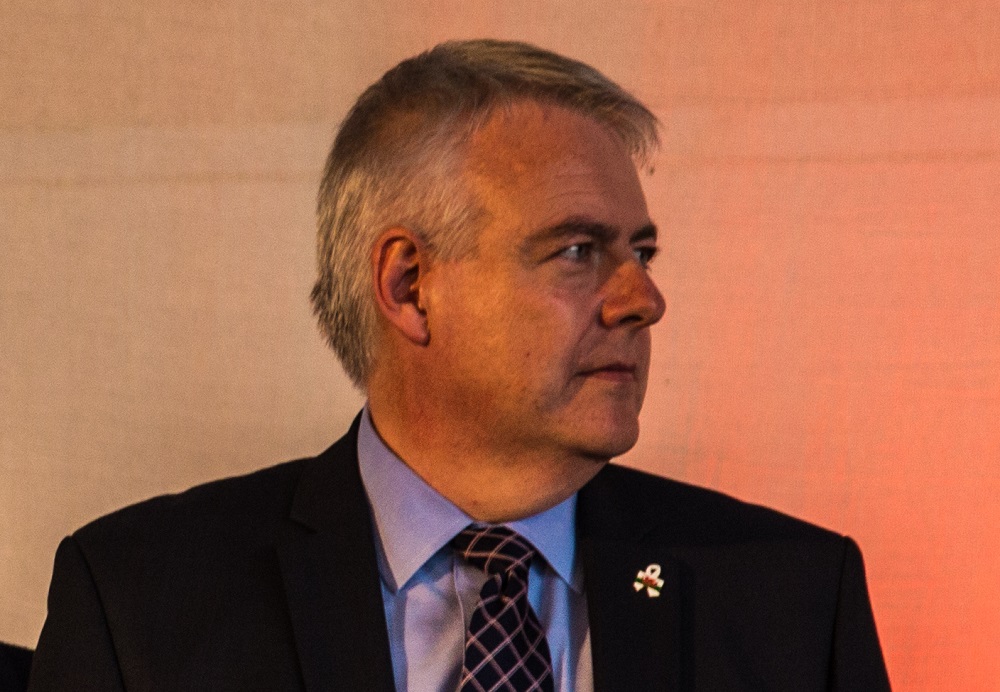 Following the conclusion of the Coroner’s inquest into the death of the former minister, Carl Sargeant, the First Minister’s Office published a number of documents relating to the affair. Amongst them was what’s described as a “minute” on an inquiry into leaks to the media prior to Carl Sargeant’s dismissal in November 2017 (pdf). It isn’t said to be the full report.

The minute is just over a sheet of A4 long and includes a description of the methodology and summarised findings. It concluded there was no direct evidence of information being leaked to unauthorised recipients. However, information was shared between Labour MPs and AMs prior to Carl Sargeant’s meeting with the then First Minister Carwyn Jones , while details of the allegations against Mr Sargeant and his dismissal were also discussed.

The Welsh Government has gone to great lengths to prevent the full report being published.

The Senedd voted in favour of the report being published in March 2018. In April that year, the then First Minister threatened the Senedd with legal action to prevent a debate being held which would force the publication of the report via a clause in the Government of Wales Act 2006.

Reacting to the minutes, the Conservatives called for more information to be published, “because this statement simply serves to add to the pain of a family still mourning the much-loved, larger than life character we all miss greatly”.

A separate set of papers was released regarding the terms of the long-delayed QC-led inquiry into the circumstances surrounding Mr Sargeant’s sacking. Minor technical changes have been approved but the terms won’t be substantially different from what they were originally.

Network Rail has launched a £70 million task force to improve safety for track engineers following the deaths of two workers near Port Talbot on July 3rd 2019.

Gareth Delbridge from Kenfig Hill and Michael Lewis from North Cornelly were killed after being hit by a passenger train. A formal investigation has opened into their deaths.

The task force will look at technological solutions to track worker safety (many are currently reliant on “lookouts”), skills monitoring, fatigue management, improvements to safety training and improved risk management.

However, the RMT union has called for the practice of “red zone working” (working on a line whilst trains are still running) to be ended.

Properties and land bought for scrapped Newport bypass “will have value”