“Two months ago, Machynlleth Town Council became the first council in Wales to declare its support for independence….After your comments last week berating colonialism and your statement yesterday that your support for the union was not unconditional, are you now officially indy-curious?”
– Adam Price AM

The short answer was “No” and his comments had been seen through a particular lens. Labour unambiguous believes in Welsh membership of the UK. However, if the Conservatives were going to take a colonial attitude towards the future of devolution then it will inevitably strain the Union.

On positions of ambiguity, Adam Price turned to Brexit and whether the Welsh Government would support Remain in any future referendum regardless of whether the Tories or Labour were in power at Westminister? The First Minister said Labour would back Remain in a second referendum – unambiguously.

Leader of the Opposition, Paul Davies AM (Con, Preseli Pembs.) told a story about the experiences of two tourists visiting Pembrokeshire and the arduous journey by rail they had to endure – so bad one of them considered cancelling the trip whilst onboard an overcrowded train, where they were wedged between a refreshments trolly and a door.

The First Minister stated that the Welsh Government has a plan to increase capacity, but they had years of neglect by the previous franchise holder to overcome too. It won’t happen immediately and will take some time.

“Commuters are frustrated and fed up with a lack of action and waiting for the new improved service to come along. What is your Government doing to ensure that the bodies responsible for the delivery of the new franchise have the technical, managerial and financial support necessary to ensure that they are able to help deliver a new world-class rail service here in Wales?”
– Leader of the Opposition, Paul Davies AM

The First Minister told the chamber that the government can only worth within the resources and powers it has at hand, but the franchise agreement was “one of the most ambitious” ever in the UK.

Mark Reckless AM (BXP, South Wales East) repeated Boris Johnson’s comments that the decision to scrap the Newport bypass should be reversed and that any future UK Shared Prosperity Fund “needed strong Conservative influence”. Would the First Minister then support a bypass, if the Shared Prosperity Fund were used to build it?

The First Minister said extra money wouldn’t solve the environmental impact of the road – which was one of the reasons the project was rejected. On Tory influence of the fund, however, he was blunter:

“My message to (Boris Johnson) is that he needs to win an election in Wales and then he will be entitled to instruct us on what we should do here. His party has never won an election in Wales in the whole era of universal suffrage, and for him to….instruct us as to the responsibilities that we have and how we should discharge them, and then announce that he intends to repatriate responsibilities that have been established here….to the Conservative Party, well I think there are real issues of democratic legitimacy in the way that those points were expressed.”
– First Minister, Mark Drakeford (Lab, Cardiff West) 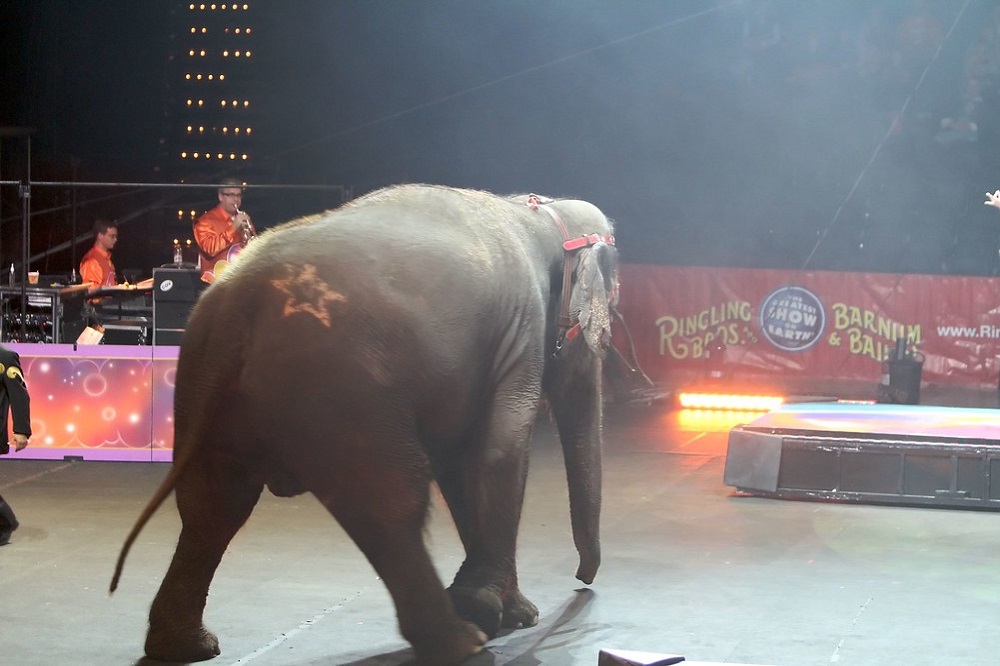 Why introduce this Bill?

Calls for a ban on the use of wild animals by circuses go back several years, with a petition debated in the Senedd in March 2018. 97% of people who responded to the consultation on this proposed law agreed with a ban.

Most concerns relate to the conditions in which the animals are kept, the ethical argument about their use in performances and the training methods used to enable such animals to perform in the first place.

When considering their own bans, the UK and Scottish governments concluded there cannot be any conclusive proof that welfare standards were objectively good or bad. However, there was a stronger case for a ban on ethical grounds.

There are now only two travelling circuses based in the UK touring with wild animals – though there are far more on mainland Europe.

There’s only one key proposal in the Bill – that it’ll be an offence for travelling circuses to use wild animals for performances or exhibits in Wales. The explanatory memorandum says this won’t extend to, for example, animals used for TV productions.

“Wild animal” has been legally defined as any animal species that isn’t normally domesticated in the British Islands (the UK, Channel Islands, Isle of Man). This presumably means that domesticated animals like dogs, horses, ponies etc. can still be used in performances as long as legal standards are met – but would there still be legal grey areas for something like a llama or a camel?

Any circus operator found guilty will be liable to an unlimited fine. The Bill also adds various powers of enforcement for local authority appointed inspectors (i.e. the power of entry with a warrant, power of seizure).

How much will the Wild Animals & Circuses Bill cost?

The direct costs relating to the Bill are negligible (£6,000 for guidance) and there’ll actually be an administrative cost saving of £3,500 overall. That’s because travelling circuses with wild animals will no longer be licenced, just outright banned – meaning the Welsh Government and local authorities won’t have to spend time and money responding to complaints and enquiries from the public and animal welfare organisations.

The Welsh Government haven’t been able to quantify the impact on travelling circuses. Welsh ticket revenues for one of the two English-based circuses mentioned earlier (Circus Mondao) was estimated at anything between £100,000 and £400,000. There’s no real difference in ticket prices or attendances between circuses that use or don’t use wild animals – so there’s no “premium” for using them. 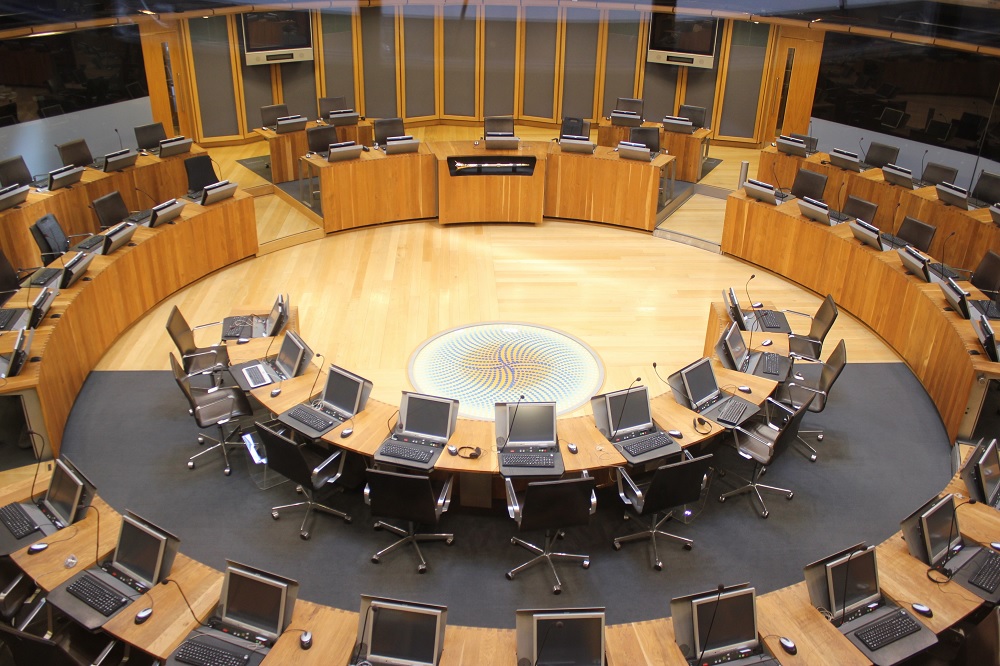 Concerns remain over inappropriate behaviour at the Senedd

The results of the first staff survey undertaken since a new dignity and respect policy was introduced at the Senedd has revealed a fall in the number of incidents of inappropriate behaviour (pdf).

23 people reported being on the receiving end of inappropriate behaviour at least once in 2019, compared to 37 people in 2018. However, this still meant 13.5% of respondents were victims of harassment, while just under 20% of people surveyed said they had seen another person act inappropriately towards someone else.

A statement prepared jointly by party group leaders and the Assembly Commission said: “The majority of participants, over 80%, stated that they had not experienced any form of inappropriate behaviour. It is therefore a small cohort of individuals who are responsible for the issues reported in the survey. However, the actions of a few tarnish us all and the reputation of the Assembly. Individually, we each have responsibility to bring about the cultural changes we seek to achieve – either through appropriately challenging individuals or by managing our own personal conduct more effectively.”

“Blue badges provide a lifeline for a range of people in our society. Without them, many would struggle to access essential services such as attending medical appointments. Difficulty in visiting shops and using leisure facilities diminishes their ability to lead independent lives and they could become more isolated and confined to their own homes….Differing arrangements across the 22 councils have led to inconsistencies in implementation across Wales.”
– Committee Chair, John Griffiths AM (Lab, Newport East)

At the moment, there are two different eligibility categories for blue badges:

Welfare reforms relating to personal independence payments (PIP) have affected people’s automatic entitlement to a blue badge and has lead to delays. There were several calls for benefit claims to be discretionary when assessing eligibility as many people who’ve dropped a rate for disability benefits still live with conditions that previously made them eligible for a blue badge.

The Committee also recommended that a fast track application process used for those with terminal illnesses should become mandatory.

The Alzheimer’s Society argued that carers of people with a blue badge qualifying condition should be able to use a blue badge themselves, but the Economy & Transport Minister, Ken Skates (Lab, Clwyd South) was uneasy about the idea, saying that extending eligibility to carers would result in an additional 370,000 badges being issued:

Carmarthenshire Council suggested the Welsh Government clarifies whether carers can use blue badges in relation to their caring responsibilities when the badge-holder isn’t present in a vehicle. The Committee included this as a recommendation, as well as suggesting a concessionary parking scheme for carers separate from blue badges.

In 2017, the Welsh Government announced that GPs would no longer have a formal role in blue badge assessments, as their advice is often based on clinical evidence and a “medical view of disability”, not how a mobility issue might affect the applicant in day-to-day life (“social view of disability”. Some councils, like Carmarthenshire, use occupational therapists to assess applications, while a number of organisations supported social workers, teachers and other professionals being involved in the process.

There’s currently no legal requirement on councils to put in place an appeals process for failed blue badge applications – something which concerned many witnesses.

A number of witnesses argued that a proper appeals process would give all councils a good idea of what the benchmark for a blue badge should be. Many witnesses said the blue badge system was generally inconsistent across Wales and there were, effectively, twenty-two different processes.

Some councils have a “reconsideration” process rather than a formal appeals process where, for example, an applicant can submit additional medical information.

The introduction of any appeals process would require amendments to the Chronically Sick and Disabled Persons Act 1970, but it would need to be “drafted carefully” to avoid straying into non-devolved areas.