Health Minister, Vaughan Gething (Lab, Cardiff S. & Penarth), was filling in for the First Minister today due to illness. I assume the opposition changed their plans at the last minute too because all of their questions without notice had a health theme.

Standing in for Adam Price, Helen Mary Jones AM (Plaid, Mid & West Wales) raised the joint report by the Wales Audit Office and Healthcare Inspectorate into Cwm Taf Morgannwg health board. She said the report would make “hard reading”.

“The report raises concerns that this was a board that appeared from the outside to be performing well if you measured them against the Welsh Government’s targets, and that the pressure to meet financial targets skewed the board’s focus away from the quality of patient experience. Now, I would ask the Minister, given that he sets the targets, whether he accepts that, given that despite eight reports, surveys and visits into Cwm Taf that should have led to action being taken, it took a ninth report for him to do anything?”
– Helen Mary Jones AM

If, after 20 years of Labour rule, he’s unable to transform services the way he would like then it was about time he “got out of the way”.

The Minister said he has acted and believes the joint report will provide honesty and clarity on what’s happening there. A second update on maternity services (currently subject to special measures) is due in January. He says he takes the role very seriously and it was “distasteful” to suggest he was in any way complacent on the matter.

With it being gaffe season, the Leader of the Opposition, Paul Davies AM (Con, Preseli Pembs.) questioned Labour’s purported pride in the NHS.

“….why on earth did your party feel the need to hire an actress to play a nurse in your recent party political broadcast?….Is the reason, as today’s report confirms, it appears you presided over a culture of fear and blame that has resulted in staff feeling unable to speak out and raise concerns? Is it because your abysmal record of delivering health services is so poor that you couldn’t find anyone working in the NHS to support your campaign?”
– Leader of the Opposition, Paul Davies AM

The Minister said there had to be a distinction between the Welsh Government and Labour. In a separate answer to Andrew RT Davies AM (Con, South Wales Central) earlier in the session, he said the party hired the actress and once it became clear, withdrew the broadcast.

“In terms of staff feedback….actually, the feedback from our staff is positive about their feelings of this Government, certainly in comparison to the alternative across our border. We have a public service, we take seriously the investment we make in staff. I’ve invested a record sum in training the future of our health service. You’ll have seen last week a 13% increase in the budget for future healthcare staff, record numbers of nurses, midwives and therapists being trained, record numbers of GP trainees….”
– Health Minister, Vaughan Gething

Mark Reckless AM (BXP, South Wales East) tried to assess the impact one of Labour’s new policies – a 32-hour working week – would have on the NHS. Another UK Labour policy is to end opt-outs of the maximum 48-hour working week, which consultants are currently allowed to do to undertake private work.

The Minister said that for someone who stands on no manifesto, Mark Reckless was regularly interested in what promises other parties make to the electorate. A 32-hour week is an aspiration over 10 years and he wasn’t going to be drawn on hypotheticals in an unpublished manifest – though he did accept that the future of the consultant workforce in general needs to be looked at.

A joint review by the Wales Audit Office and Healthcare Inspectorate Wales has concluded that governance arrangements at Cwm Taf Morgannwg health board are compromising the quality of care offered to patients (pdf).

The report says that the board has been too focused on financial balance and meeting targets and less concerned with the quality and safety of its services. It calls for governance roles to be more clearly defined and an overhaul of the complaints system.

“Our joint review findings make worrying reading. Whilst maintaining a necessary focus on its finances and other performance targets, the Health Board has not given due attention to the quality of the services it provides. Urgent action is needed to correct this and to support staff on the ground to deliver care that is safe and of high quality”.
– Dr Kate Chamberlain, Healthcare Inspectorate Wales

The report does, however, acknowledge that the health board is making progress since its maternity services were placed into special measures earlier this year.

Why does Wales need the Local Government & Elections Bill?

The Bill is the culmination of years of negotiation, consultation and is the only direct legislative consequence of the 2014 Williams Commission on reforming local government.

The overall aim of the Bill is to modernise the electoral and governance arrangements for local government – including some experimental elements, which I touch on later – pave the way for regional collaboration between local authorities and improve public engagement and public accountability.

The Lowdown: 5 Key Proposals in the Bill

For the sake of clarity, “local authority” in the following means the 22 unitary authorities.

Local councils will also be able to decide for themselves whether to use single transferable vote (aka. STV, where you rank candidates by preferences) or stick to the current system of multiple first-past-the-post. Where councils approve moving to STV, it’ll need to be reviewed by the Local Democracy & Boundary Commission. STV council wards will have no fewer than 3 and no more than 6 councillors.

In addition, local authorities and community councils will be put on a permanent five-year electoral cycle, powers will be given to the Welsh Government to establish an all-Wales digital electoral register and pilots of new ways to hold local elections will be allowed (i.e. all postal-voting, new voting hours, electronic voting, electronic counting).

Similarly to the Senedd & Elections Bill, people who’ve been declared bankrupt, are registered sex offenders, have served a prison (suspended or not) sentence of 3 months or more will be disqualified.

Council staff will be allowed to stand in elections to their employer local authority but will be required to resign if elected.

The Bill introduces a general power of competence for local authorities and eligible community councils, giving them a general power to act in their respective community’s best interests, generate efficiencies and secure value for money.

An “eligible community” council is one that hasn’t had its accounts qualified by the Wales Audit Office, has at least two-thirds of seats filled and has a suitably qualified clerk as set out in Welsh Government regulations.

Local authorities will still need to appoint a chief executive and must publish arrangements for managing their performance. The Bill will also allow job-sharing for Cabinet-level positions and places a requirement on councils to have provision for maternity leave for councillors.

Council standards committees will be required to publish an annual report, while community councils will need to draft and publish a training plan for councillors and staff.

Local authorities (but not community councils) will need to introduce public petition schemes, must webcast all public meetings (subject to regulations) and make arrangements for remote attendance by councillors.

Community councils will need to allow members of the public to make representations during meetings and they’ll also have to publish annual reports at the end of each financial year.

The Bill makes provision for regional working by more than one local authority through joint committees. It also gives the Welsh Government the power to intervene or order one local authority to assist another one if it’s believed a council isn’t meeting performance requirements.

Any mergers will be wholly voluntary. Two or more local authorities can apply to the Welsh Government with a merger application. The Bill sets out the formal public consultation process and the regulations required to create a merged local authority. Councils can even make a request to be abolished.

How much will the Local Government & Elections Bill cost?

The explanatory memorandum is 651 pages long and a lot of it is dedicated to the costings and regulatory impacts.

The total cost of the Bill’s provisions is expected to be around £17.2 million spread over 10 years. Most of this will fall on the Welsh Government, with around £3 million falling on local government.

It’s unclear how much a voluntary local authority merger would cost as it’s said to be impossible to predict how many applications will come forward – though cost savings are likely to be a key consideration in going forward with a merger. 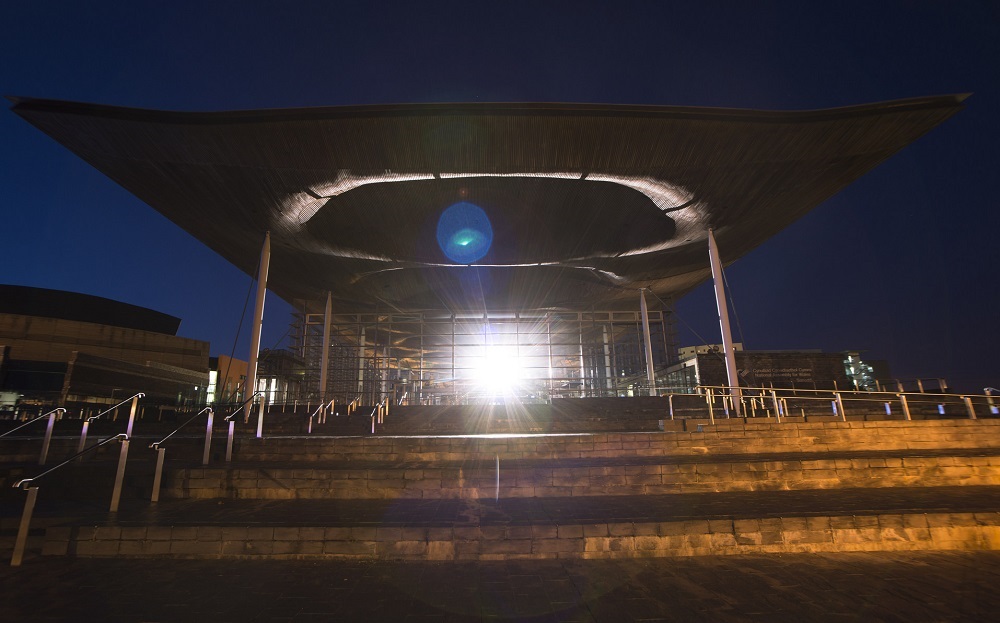 Picture by the National Assembly (CC BY 2.0)Call for Standards Commissioner reform

A group of gender equality and third sector organisations have written to the Senedd’s Standards Committee calling for reform of the independent Standards Commissioner and the method by which complaints are investigated (pdf).

The letter said: “We write to you as organisations fighting for gender equality, who are increasingly concerned about the levels of abuse and harassment levelled at women in public life. This is clearly a widespread issue, and not one just confined to the Assembly, however there is a role for each and every institution to tackle this.

“We have long been concerned that the role of Standards Commissioner has not been robust enough to provide a meaningful response to the issues seen in today’s politics.”

The organisations call for the single post of Commissioner to be replaced with a panel to ensure experience in dealing with issues such as sexual harassment, a longer timeframe to allow investigations into standards of behaviour and for stronger sanctions.

The former Standards Commissioner, Sir Roderick Evans QC, was embroiled in a row over sexism when he originally dismissed a complaint against Gareth Bennett AM (Ind, South Wales Central) over a misogynistic video. The complaint was later re-opened and a breach of the Code of Conduct was found.

Wales “too modest”; needs to tell the world what we’re good at

A Prophecy is Buried in Eglwyseg