Is Transport for Wales on track?

With several issues affecting rail services in Wales and the Border over the last few weeks, Leader of the Opposition, Paul Davies AM (Con, Preseli Pembs.), used the first FMQs of the new year to hold the government’s transport record to account.

“Let me give you some of (TfW’s) failings: performance in terms of passenger time lost in cancellations was worse between July and November last year than the previous year; it has struggled to secure long-term rolling stock; it’s failed to meet the Welsh language standards on several occasions; and we’ve seen chaos over the renewal process for bus passes.”
– Leader of the Opposition, Paul Davies AM

He also criticised the Welsh Government’s investment in Cardiff Airport, extending loan facilities while the value of the airport continues to fall and it struggles to make a profit.

As you might expect, the First Minister didn’t agree with this gloomy assessment. Rail fares in Wales were cut for many journeys at the start of January, while since Cardiff Airport was taken into public ownership, its passenger numbers have increased by over 70%, with turnover up last year by £2.9 million. In a swipe at Alun Cairns, he also hoped Wales now has a Welsh Secretary who will speak up for Cardiff Airport.

Adam Price AM (Plaid, Carms. E. & Dinefwr) picked up on a video marking the First Minister’s first full year in charge, in which Mark Drakeford stated that the Welsh Government has delivered 480 new homes a month during 2019.

“….as the Assembly research service, quoting your own Government’s statistics, say that the corresponding figures for 2016 and 2017 of homes built per month were 552 and 574 a month respectively. You were even marginally down on 2018, so it doesn’t seem that that’s something, First Minister, to crow about – you’re going backwards.”
– Adam Price AM

Adam Price also picked up on the Welsh Government forestation and reforestation programme, with a figure of 14,000 trees a day quoted – though this was combined for Wales and Uganda (where the Wales for Africa programme is undertaking reforestation work). What had happened to targets for Wales?

The First Minister repeated the Welsh Government’s commitment to build 28,000 affordable homes by May 2021; he didn’t understand how this target could be deemed a “deterioration”. The Welsh Government also couldn’t be expected to “announce a national forest and it simply grows in front of you” – it’s a 20-year project.

Mark Reckless AM (BXP, South Wales East) to perhaps nobody’s surprised returned to Brexit. Did the First Minister have any regrets that a softer Brexit than the one now almost certain to occur was rejected by Labour under Theresa May’s tenure? Was it the First Minister’s intention for the government to continue voting against Brexit?

The only regret the First Minister seemed to have was a missed opportunity to take Brexit back to the people. As for the Withdrawal Agreement:

“….the Member will have seen the legislative consent memorandum that was published yesterday. It analyses not Brexit – it analyses the Withdrawal Agreement Bill. It concludes that the Bill is not in a state that would allow the Government to recommend to the National Assembly that it should give its consent to that Bill, for the reasons set out in it. There will be an opportunity to debate that here on the floor of the National Assembly, and we will see where the majority opinion in this Chamber rests.”
– First Minister, Mark Drakeford AM (Lab, Cardiff West)

There was good news for Wales’ 22 local authorities with an average increase of 4.3% in their day-to-day budgets for 2020-21 (xls)– one of the largest increases to local government spending for more than a decade.

The final local government settlement is expected to be approved in March 2020 alongside the final Welsh budget for 2020-21.

In addition to the revenue funding, £640million will be made available for councils to spend on new capital projects. Amongst the Welsh Government’s top priorities there is the expansion of council housing, with additional capital funding also being made available for active travel, Welsh-medium education and the Welsh Government’s free childcare scheme.

The Minister said she did consider setting a funding floor for councils, but as every council saw at least a 3% increase in their budgets for 2020-21 (as things stand), those plans were dropped.

It’s also likely that proposed inflation-busting increases to council tax will be pared-back this year – though there’s no guarantee of these sorts of levels of funding in future years.

Wales ranked 11th of the UK’s 12 nations and regions for economic productivity during 2018, after spending many years at the bottom.

The only sub-region of Wales with productivity higher than the UK average during 2018 was Cardiff & Vale of Glamorgan, with the Isle of Anglesey standing at just 52.7% of the UK per-capita average.

The draft National Development Framework (NDF) will set out nationally-important spatial planning and infrastructure needs for Wales until 2040.

The NDF is one of several planning strategy documents and several witnesses “expressed disappointment” that the NDF wasn’t ambitious enough and failed to set out any policy on certain types of land uses and general infrastructure. Some glaring omissions include plans for a national forest and biodiversity enhancement.

The NDF was said to be fine in a singular context of Wales as a place to live but was criticised for a lack of reference to external relationships; there was also an anticipated clash in the future between protection and exploitation of natural resources (i.e. the impact an expansion of renewable energy would have on the environment).

The draft NDF divides Wales into three broad regions – Mid & South-west Wales, South-East Wales and North Wales. Savills described these regions as “crude” and without a geographical context – though it was argued the regions were based on existing economic regions.

Ceredigion Council argued for Mid Wales to be considered separately so it’s not entangled with the Swansea City Deal (in light of provisional proposals for a Mid Wales growth deal).

Strategic Development Plans (SDP), developed on a regional basis, will lie between the draft PDF and local council-led Local Development Plans to deal with planning issues that are not nationally significant but cross more than one council boundary.

One only SDP currently in development is for the Cardiff Capital Region and isn’t expected to be finished before 2025. As the NDF is reliant on the SDPs to an extent, there were worries over how NDF objectives can be met until SDPs are finished.

There was also a notable absence when it comes to housing, with housebuilders arguing there was too much emphasis on affordability and academics saying the target of 114,000 new homes by 2038 might be an underestimate.

There was broad support for including decarbonisation within the NDF, but this often came at the expense of dealing with the direct consequences of climate change, such as flooding (inland and coastal).

Some witnesses said there were gaps when it comes to delivering certain policies; RSPB Cymru used the example of improving biodiversity in the NDF, which lacked specific actions for nationally-important sites and didn’t include any obligations for developers to improve nature recovery. 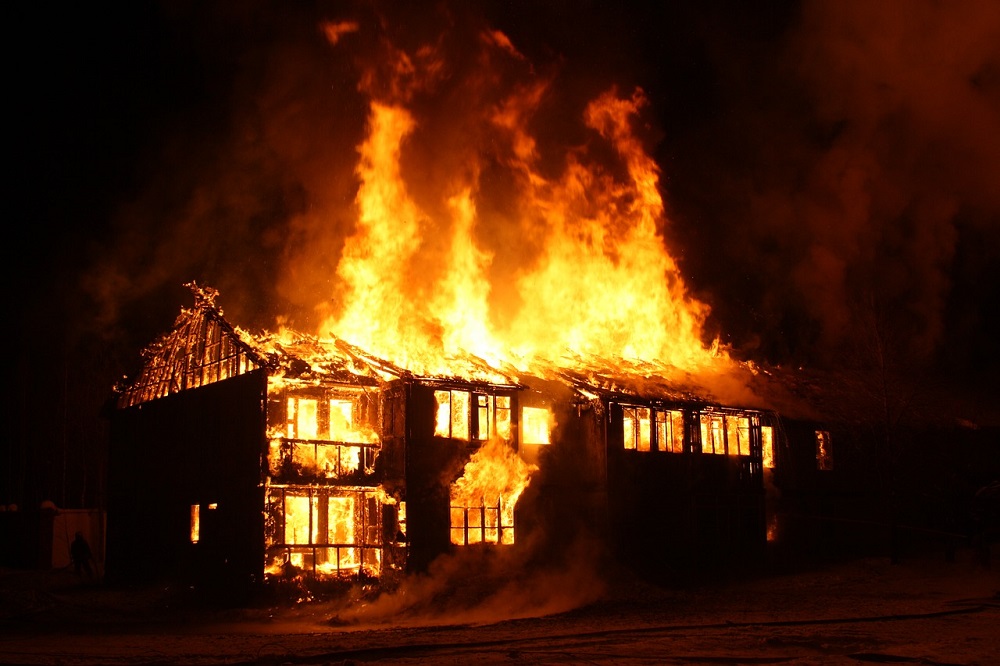 The Welsh Government has tabled regulations which will restrict materials that can be used on the exterior of multi-storey buildings as part of measures resulting from the 2017 Grenfell Disaster.

The regulations (pdf; explanatory memorandum – pdf), which were tabled just before Christmas recess, will apply to new residential buildings (including care homes and student flats) that are at least 18 metres tall. The regulations will also seemingly apply to renovations of existing buildings unless they start within eight weeks of the regulations coming into effect.

Consideration was given to extending the regulations to include hospitals, but it was decided that they needn’t apply to buildings with formal evacuation strategies. In total, 226 identified buildings will be covered by the new regulations in Wales.

The explanatory memorandum estimates the new regulations will cost developers and the construction industry between £1.8million-2.7million over ten years.

The regulations use the negative procedure, meaning they’ll automatically come into force on 13th January 2020 unless the Senedd requests and passes a vote to revoke them.

BBC Wales reported that the Fire Brigades Union wanted the regulations to apply to buildings of any height as well as a complete ban on combustible materials.

Having an all welsh franchise is the root of the problem, north and south wales have different needs which is why they were in 2 different BR regions.

What is “an all Welsh fanchise”?