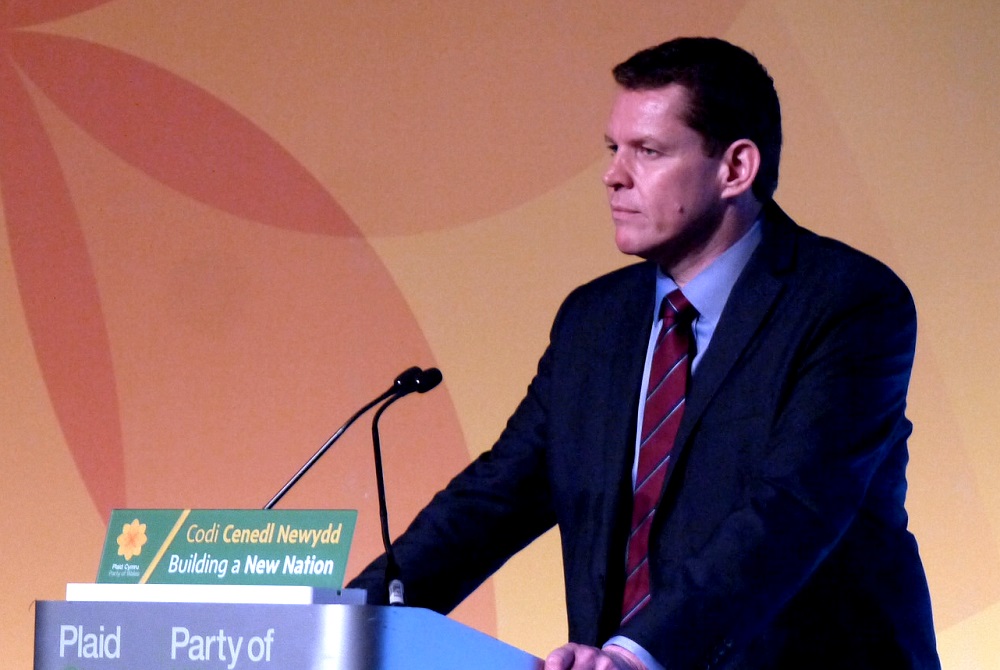 As the First Minister is still in Japan, Finance Minister & Trefnydd/Leader of the House, Rebecca Evans (Lab, Gower), was filling in this afternoon.

While another sub, Rhun ap Iorwerth AM (Plaid, Ynys Môn), managed to find agreement that the language used by the Prime Minister to disrespect the assassinated Jo Cox last week was “shocking”, he turned attentions to the Welsh Government’s own language in the recently-published Brighter Future for Wales document (summarised below).

“….in that document the Government floats proposals, including summary deportation of migrants and tracking of migrants through national insurance….the hypocrisy there of saying that at a time when your party conference voted to maintain and extend freedom of movement, do you understand concerns that this could ratchet up a sense of creating a hostile environment towards migrants, and could actually encourage the kind of intolerance that has become such a feature of the Brexit debate?”

The Trefnydd said Rhun ap Iorwerth was misrepresenting things. The document doesn’t advocate forced deportations. The document says current migration rules needed to be properly enforced; the Republic of Ireland has a three-month jobseeker limit before an EU/EEA migrant either has to leave or prove they can support themselves.

In a second question relating to the Bill to change the Senedd’s name – due to be debated again in the next few weeks, with an amendment set to be tabled by Carwyn Jones AM (Lab, Bridgend) to ensure a bilingual name instead of just “Senedd” – the Trefnydd confirmed Labour AMs will have a free vote.

Leader of the Opposition, Paul Davies AM (Con, Preseli Pembs.) was somewhat complementary towards initiatives to support veterans who are suffering mental health issues. He cited a trail by Cardiff University and Cardiff & Vale health board for veterans suffering PTSD – which has been supported by £150,000 from the Help for Heroes charity.

The Trefnydd who, as said, is also the Finance Minister was unwilling to make any firm spending commitments while next year’s budget was still being drafted. While not ruling in or out the idea of an Armed Forces Commissioner, she believed there was room for extra co-operation with the Ministry of Defence:

“I think that there’s already been some engagement at official level to see how we can best work together to support veterans because some aspects will be devolved and non-devolved. Where we can work closely together with the Ministry of Defence and other partners to deliver for the armed forces community here in Wales, we will certainly seek to do that.”

Mark Reckless AM (BXP, South Wales East) also picked up on the Welsh Government’s “Brighter Future” report. He suggested it was more a campaigning document than a serious analysis – though the Trefnydd disagreed, saying that it was drafted with the help of the Chief Economist and if Mark Reckless didn’t like that report, he would find similar assessments from the UK’s Office of Budget Responsibility.

Mark Reckless then went through several different economic projections, including Bank of England forecasts, which either haven’t happened or have been revised. He suggested the Welsh Government was basing its report on “wholly implausible” scenarios.

“Over the next 12 months, the Bank expects only modest growth in GDP, so just 1.5%, and businesses – the Bank of England argues it, not me – will prove reluctant to invest against a background of Brexit-related concerns, and….net exports are not expected by the bank to contribute materially to growth. So, we’re always keen to hear what the Bank of England has to say, but unfortunately for Mark Reckless, none of it will be good news to him.” 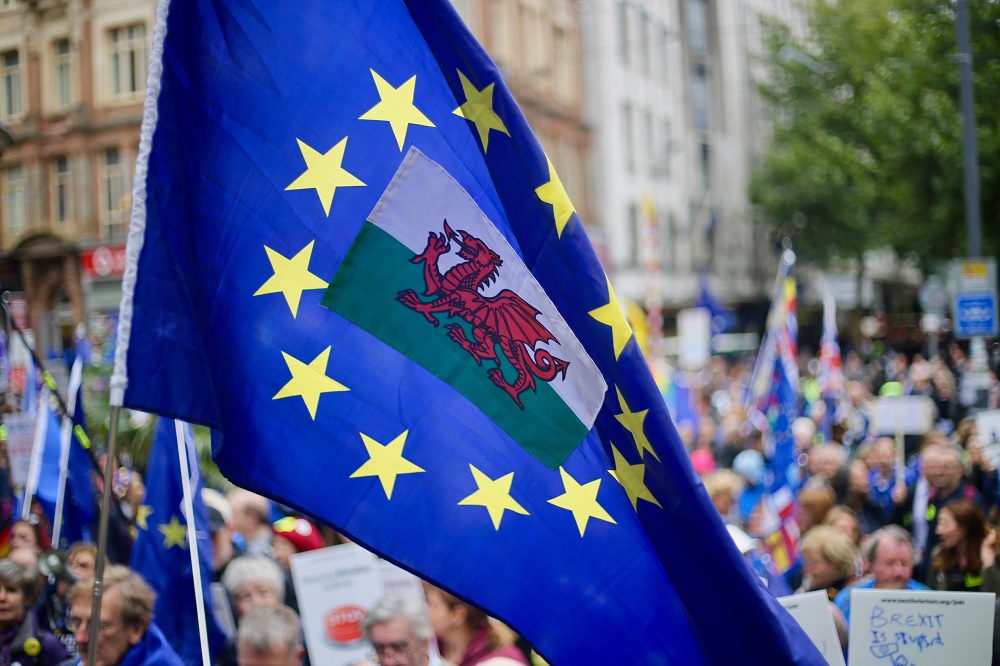 A Wales and Europe flag at a People’s Vote march. Picture by Ilovetheeu (CC 4.0)Welsh Government makes a pitch for remain

Last week, the Welsh Government published A Brighter Future for Wales: Why we should remain in the EU (pdf).

The document sets out the government’s assessment of, and official position in the event of, a “No Deal Brexit” having previously argued for a way forward which would respect the referendum result whilst ensuring the Welsh economy isn’t be damaged.

The report says that all evidence points towards a “No Deal Brexit” being the most economically-damaging post-Brexit scenario, potentially causing the economy to contract by up to 8% and generating a £60 billion black hole in the UK’s public finances.

Ministers from all government departments are set to provide AMs with an update on their “No Deal” preparations this afternoon; I’ll be covering that tomorrow. For now, I’m going to summarise what the Welsh Government’s “Remain and Reform” policy proposes.

Under a “No Deal”: World Trade Organisation (WTO) rules would be applied to UK-EU trade, meaning tariffs on exports and imports. It could cause significant disruption at ports and borders, including Fishguard, Holyhead and Pembroke Dock. The report warns of short-term supply chain issues in manufacturing which could cost the UK sector £18billion, while the market for Welsh lamb would collapse. Longer-term, there could be increased competition with countries that lack social or environmental protections, higher taxes and reduced productivity.

Under the Welsh Government’s “Remain & Reform”: The Welsh Government argue that any form of Brexit will harm the Welsh economy. Remain & Reform could see the setting of ambitious environmental targets, arguments for opening up the single market in services and stronger workers rights across the EU. There’s also a case for reforming the Common Agricultural Policy and improving the transparency of EU decision-making, with national governments legislating alongside the EU Parliament.

Under a “No Deal”: The report said the impact remains unclear as the UK’s new immigration regime hasn’t been properly outlined yet. Free movement would effectively end the same day as a No Deal and new immigration into the UK would be based on skills and earnings (set to be a minimum £30,000 a year) with a Settled Status Scheme for EU citizens already living in the UK. Employers and public services could find it more difficult to recruit skilled workers from abroad (particularly in social care and the NHS) and net migration to Wales is expected to fall by 57% over the next ten years.

Under “Remain & Reform”: EU law already makes it clear that freedom of movement isn’t unrestricted – there is no automatic right to stay in another EU member state longer than 6 months if you don’t have the means to support yourself, but the UK has never properly enforced this. The Welsh Government argues that introducing national ID cards “might be a price worth paying to address concerns about uncontrolled migration” in addition to requiring all EU/EEA migrants to apply for a national insurance number on arrival.

Under a “No Deal”: The UK Government hasn’t clarified how they’ll deal with future regional development funding or farming subsidies. There’s the possibility that the UK Government will go back on any promises made regarding guaranteeing structural funding and farming subsidies beyond 2020-2022. Universities would be particularly hard hit if funding wasn’t replaced, as would various employment and skills schemes currently funding by the EU.

Under “Remain & Reform”: West Wales & The Valleys would qualify for the highest level of EU structural support. Wales has a good track record of delivering these programmes and we would also fully participate in EU investment and research programmes like Horizon 2020 and Erasmus+.

Under a “No Deal”: It’s unclear whether the UK Government “feels bound by current commitments” and they could be tempted to undercut EU standards to improve competitiveness. Consumer protections, environmental regulations and labour rights are all at potential risk – some of which are currently taken for granted in the UK such a “pet passports”, free medical care and mobile roaming rights.

Under “Remain & Reform”: All current standards would be maintained and it would provide the opportunity to co-operate on major issues such as climate change, with action at an EU level having far more impact than action at UK or Welsh level alone. Regardless of the outcome of Brexit, there would be a need to help heal divisions and “move on”.

Under a “No Deal”: The Brexit process has highlighted the inadequacies of the UK’s constitution and mechanisms for joint-working between governments. The powers agreement has “worked reasonably well” to date. There would be a need for constitutional reform and a “No Deal” was likely to see the dissolution of the United Kingdom.

Under “Remain & Reform”: Devolved administrations need to be more fully involved in discussions on trade policy – Brexit or no Brexit – with arrangements similar to those used when the UK Government negotiates at EU level on issues which are devolved (i.e. agriculture, fisheries).

Transition in the event of Brexit

Under a “No Deal”: There would be no transitional period if the UK leaves without a deal and it would be dependent on several “mini-deals” on specific issues. Operation Yellowhammer outlines the potential consequences in more detail.

Under “Remain & Reform”: There would be no need for a transition programme, though the UK’s relations with the EU and its members have no doubt been “damaged by the incompetence and arrogance of the approach of the UK Government”. 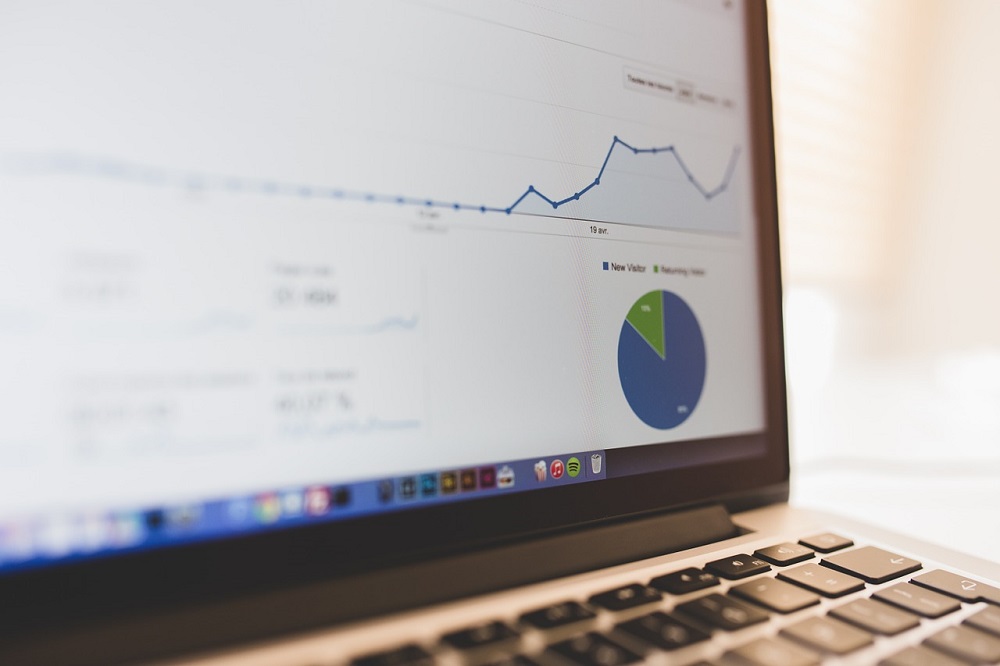 £50 million overhaul of NHS IT services

The Health Minister, Vaughan Gething (Lab, Cardiff S. & Penarth), has announced a £50 million investment in NHS IT services, almost a year after a damning report from the Senedd’s Public Accounts Committee described the NHS Informatics Service as “outdated, unaccountable and putting lives at risk”.

The investment was initially announced in January 2019, but the Minister confirmed the details earlier this week.

“These are landmark changes, but there is more work to do, and I have commissioned further reviews in priority areas. I am determined that we maintain the pace of transformation, so that we use new digital technologies to benefit the public and patients in Wales, and to make our health and care services sustainable for future generations.”

Under the proposed programme of reforms, a new post of Chief Digital Officer for Health & Care will be established alongside a stand-alone health authority dedicated to digital systems – which will replace the Informatics Service.

Other measures include the modernisation of devices, moving to a cloud-based computing system and improvements to cybersecurity. 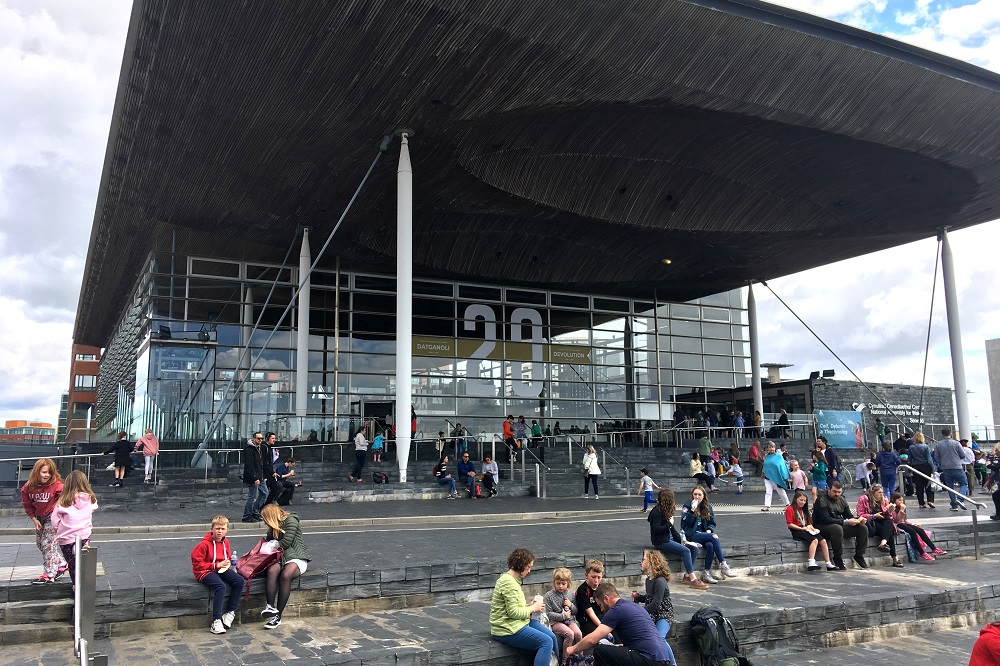 The Senedd in Cardiff. Picture by Ifan Morgan Jones.

Last week, the Assembly Commission – which is responsible for running the Senedd itself – published its budget for 2020-21 (pdf).

The overall budget will stand at just over £61million – increasing by 3% in cash terms, but near enough remaining the same as last year after inflation is taken into consideration.

A cap on employed staff was lifted to enable ten additional workers to be hired to help the Senedd’s committee’s prepare for Brexit. Another major project is the development of bespoke legislative software, which is estimated to cost £1million over two financial years.

A new petitions system is also mooted, while an upgrade to the Senedd’s website is expected to be completed during 2020-21.

One particular area of growing concern is the state of Tŷ Hywel’s windows. They’re said to be nearing the end of their operational life – not aided by the building’s proximity to the sea. Their environmental performance is described as poor and they require regular maintenance.

While the Commission say their long-term aim is to take full ownership of Tŷ Hywel, under the current lease they’re responsible for repair and insurance. Replacing the building’s windows would cost an estimated £4million – though this hasn’t been included in this year’s budget and a feasibility study has been ordered at a cost of £50,000.

The layout of the public entrances to the Senedd and Tŷ Hywel will also be modified over the next two financial years to “add layers of security” to prevent what’s described as a “marauding firearms attack”.