Kicking things off, the Leader of the Opposition, Paul Davies AM (Con, Preseli Pembs.), wasn’t happy with the news that a loan facility for Cardiff Airport has been extended by £21.2 million. It was a case of carrying on doing the same thing and expecting different results whilst redirecting money from public services.

“Since the Welsh Government purchased Cardiff Airport in 2013, it has already invested over £90 million of public money. Now, with this extra £21 million that’s twice the amount that the Government paid for it, and what have been the results? Yes, passenger numbers are increasing, but not above the 2007 levels….In its latest financial statement, the airport revealed its losses have increased to £5.71 million. Now, in my former profession, First Minister, if a business case came to me with these figures I would want to see a clear plan of how it could make its way back into profit and the viability of the business before providing further loan facilities.”
– Leader of the Opposition, Paul Davies AM

The First Minister pointed to the airport’s draft master plan and Welsh Government investment has ensured Wales retains a “vibrant asset” which is crucial to the economy of south Wales. It would help if Air Passenger Duty were devolved.

Accusing Paul Davies of “breathtaking” short-sightedness by saying this was redirecting money from public services (they’re not funded from capital loans), the First Minister added that only 14% of the world’s airports were in private ownership and some publicly-owned airports include JFK Airport, Charles de Gaulle Airport and Schipol Airport.

Adam Price AM (Plaid, Carms. E. & Dinefwr) tried to dig deeper into last week’s exchanges on the future of much-loathed Pacer trains. They’re also set to be kept on longer than expected in the north of England, resulting in calls for passengers there to be compensated. Should this happen in Wales? Were there also issues with the temporary Pacer replacements?

“Now, can you confirm that Arriva ordered four to five-car Flex trains….and that Transport for Wales extended that order to nine trains? Can you confirm whether or not these electric trains with a diesel engine….actually work or not? And if they don’t, has TfW built in any penalty clauses to the deal with the supplier, Porterbrook, and is there a cancellation point that gives Transport for Wales the option of pulling the plug on that deal?”
– Adam Price AM

Compensation wasn’t on the agenda. However, the First Minister said TfW were introducing new fare structures across the rail network from January 2020 and extending concessionary fares.

The issue with the trains was a legacy from Arriva Trains Wales and safeguards have been included in contracts for new rolling stock – though it wasn’t clear from his answer whether that includes the temporary Pacer replacements. In response to a follow-up from Adam Price on improving transport links across the Valleys through a “Valleys Crossrail”, the First Minister pointed to the upgraded A465 as an example of investment in improved cross-valley links.

Mark Reckless AM (BXP, South Wales East) turned to comments from the Future Generation Commissioner on the future of GCSEs – notably scrapping them. He thought this was an attempt to cover up the Welsh Government’s “record of failure” at GCSE level by simply scrapping the qualifications after years of “progressive policy and a lack of rigorous comparison of achievement amongst pupils, schools and UK nations”.

Any proposals regarding GCSE are subject to future consultation, but the First Minister wasn’t having any of it:

“A* grades in A-levels in Wales in the summer were the best in any part of the UK the very best, better than any part of England, better than Scotland+….I don’t regard that as a failure of our system. And his Gradgrind approach to education, that it’s simply there to factorise children through a system so they come out at the end of it, not as young people who’ve had a breadth of education….who are taught to think critically…..who are able to understand, argue and to participate in that wider way, but just have a set of qualifications, that’s not my idea of education, because I want our children to have both.”
– First Minister, Mark Drakeford (Lab, Cardiff West)

+ Scotland, of course, doesn’t use A-Levels at all.

“The Committee’s earlier work on town centre regeneration highlighted the impact of bank branch closures on the vitality of the high street generally, and how it is changing. Those still invested in the high street – such as building societies – are changing the way they engage with customers and communities to try to keep the high street alive, but we should not underestimate the challenges.”
– Committee Chair, Russell George AM (Con, Montgomery)

LINK – a non-profit organisation which manages an ATM network – said that 47% of customers still relied on cash and for 17% of people (especially the elderly and people living in rural communities) a cashless society “would present real challenges”.

Half of the respondents to the Committee’s survey said bank closures had restricted access to ATMs and other free cash withdrawal facilities – for 29% it meant travelling for up to an hour. It was also pointed out that removing bank branches and ATMs restricts tourist spend in rural Wales.

The Payment Systems Regulator said 80% of people still use cash on at least a weekly basis and Which? research showed 48% of Welsh consumers had experienced a time where they could only pay for something with cash. Nonetheless, the use of cash as the main means of payment has halved in the space of 10 years with only 30% of all consumer payments being made with cash.

The Committee made several recommendations including ensuring free-to-use ATMs remain in place where they’re needed the most and ensuring local development plans address any barriers to maintaining cash infrastructure.

Bank closures are no longer restricted to rural towns and villages in Wales and it was said that a bank closure can effectively drain money from smaller high streets to those with physical access to a range of banking services. It also means experienced bank managers – who understand things like managing farm finances or supporting smaller businesses – are often lost for good.

Customers are often “informed” of a closure instead of actively consulted and there was no requirement to consult when banks cut opening hours – reduced opening hours often said to be the precursor to eventual full closure.

Evidence to date showed that alternatives to bank branches – the Post Office, mobile branches, online banking and credit unions – cannot fill the gap left by the closure of a bank branch.

Older people distrusted online banking and banks often fail to understand that people often don’t have smartphones or internet access. Mobile banks were seen as more helpful by customers – but it puts staff at greater risk of assault and robbery – while they sometimes miss smaller villages completely.

The Post Office can cover basic banking services, but payment clearance can be slower and some banking functions – like transferring money between accounts or making enquiries about financial products -can’t be done. It’s a similar story for credit unions.

The First Minister included the establishment of a “community bank” in his 2018 leadership manifesto and Banc Cambria has drafted plans to establish a mutual bank based on an as of yet untested “bank in a box” model developed by the Community Savings Bank Association.

Mutual banks are commonplace in the rest of Europe and Banc Cambria said it intends to start opening branches in 2021 (in areas impacted by bank closures and financial exclusion), aiming to be profitable by the end of 2026 based on an estimated 40,000-50,000 customers. They also estimate it will cost ~£20million to set up and the Welsh Government recently approved £600,000 in seed funding for Banc Cambria.

There were mixed views on whether this was feasible. Principality Building Society said the costs of setting up any kind of bank were high. Other witnesses said there were many regulatory hurdles to overcome and there were ready alternatives such as making better use of the Post Office, developing “financial hubs” by collaboration between different banks and strengthening the credit union sector.

Some credit unions expressed concern that a community bank would be direct competition for the same customers. Bank Cambria said they were trying to fill a space left by the big banks and saw opportunities to work with credit unions – such as renting space from credit unions to install Banc Cambria ATMs.

The Committee didn’t express strong opinions either way on a community bank as a principle. They did, however, expect the Welsh Government to undertake full due diligence for the potential risks and long-term commitments resulting from their involvement and added that the timescales given were “ambitious if not unrealistic”.

Future Generations Commissioner, Sophie Howe, has called for GCSE exams – taken by 15-16 years olds – to be scrapped and replaced with skill-based assessments.

She told BBC Wales: “[A GCSE] is not based on skills that all of the international evidence tells us will be needed in the future. The things that robots can’t do or artificial intelligence can’t do – emotional intelligence, empathy, cooperation, teamwork, critical thinking.”

The Commissioner published a white paper (pdf), co-authored by Prof. Calvin Jones, which said the exams should be replaced with an individual narrative telling future employers what pupils’ skill sets are and where there were weaknesses.

Qualifications Wales is launching a consultation next month on the future of GCSEs in preparation for the introduction of a new national curriculum from 2022. 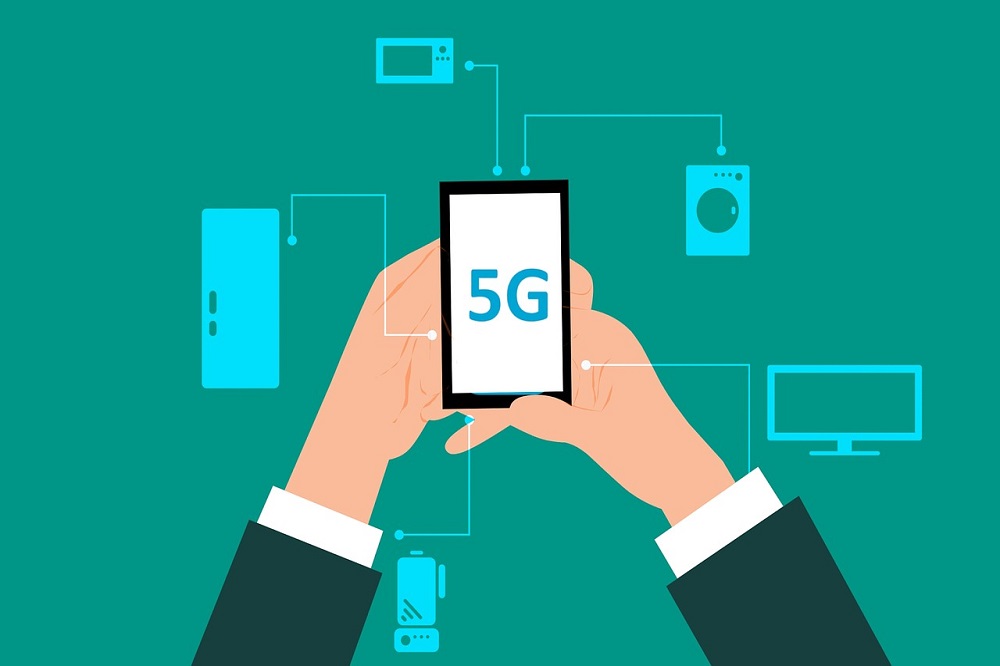 5G research centre to be set up in Bangor

The Government has announced that a £4 million research and development centre will be established at Bangor University.

The project, which will be backed by EU funding, will focus on digital signal processing (DSP) and how existing fibre networks can adapt to 5G technology, which will provide high-speed wireless internet connectivity.

Counsel General & Brexit Minister, Jeremy Miles (Lab, Neath) said: “The DSP Centre of Excellence puts Wales at the very heart of innovation in this key economic sector, and positions Bangor University at the top of the ICT research industry. Collaboration between top academics from Wales and world-wide institutions, high profile international companies and Welsh and UK SMEs, will lead to ground-breaking, world-class research, resulting in cutting-edge solutions to advance the global 5G economy.”

Fully support Cardiff Airport and hope the APD is devolved to support its continued development .If we are to do business there need to be a means to travel efficiently .The Eurostar is great till you arrive in London..then it’s cancellations and filthy carriages all the way to Wales , still a long way to go to have an efficient transport network but at least we’re finally working at it .

I sincerely hope that Mr. Jeremy Miles and Prof. Iwan Davies have taken or will take full cognisance of an open letter issued today entitled from the UK EM Radiation Research Trust which highlights the dangers of a reckless rush into 5G. The letter can be found here: https://www.radiationresearch.org/wp-content/uploads/2019/10/The-EM-Radiation-Research-Trust-puts-UK-government-on-notice-regarding-5G-amidst-profound-world-wide-health-concerns-3.pdf
A £4M grant from the EU is but a drop in the bucket when compared to the potentially harmful effects of our governments and academia pushing ahead with the roll out of a technology which has not yet been proven to be safe.