Adam Price AM (Plaid, Carms. E.& Dinefwr) called back to a 2011 Labour manifesto commitment to make GP surgeries more accessible to working people. Extending GP opening hours was meant to have been achieved by the end of 2013, but:

“In terms of core hours….last year showed a decline in the numbers of GP practices even being able to offer that within three health boards….Another aspect of your commitment focused on extending the availability of appointments prior to 08:30. No progress has been made on that, as almost four-fifths of surgeries are not offering appointments before 08:30, and when it comes to evening appointments, not one surgery within Cardiff and Vale, Cwm Taf or Abertawe Bro Morgannwg health boards were open after 18:30 last year, and only 1% of surgeries within Betsi Cadwaladr.”
– Adam Price AM

The First Minister said several trials were run on extended hours, but their use fell below expectations and there was no justification for the extra expense committed to that. He accepted that the service doesn’t operate at a level the Welsh Government would like, but it was a result of discussions with GPs.

In response to Adam Price asking for investment in more GPs, the First Minister disagreed with a “one-eyed focus” on GPs as it didn’t reflect how primary care services were delivered – though the number of filled GP training places is at the “highest (level) it has ever been”.

Leader of the Opposition, Paul Davies AM (Con, Preseli Pembs.), pointed to recent surveys of rail passenger satisfaction a year since Transport for Wales and Keolis Amey took over the rail franchise.

In the last week, it’s been confirmed that “Pacers” won’t be completely withdrawn by the end of 2019 as originally promised, while there are reports of some trains “not even bothering to stop” at some stations and rampant overcrowding. When was the Welsh public finally going to see a “train service fit for the 21st Century?”

The First Minister told AMs that Transport for Wales have been unable to obtain the trains they wanted as quickly as they wanted, but repeated that improvements are expected when the new timetable is introduced in December.

“….there will be a 10% increase in capacity for service users from 15th December, there will be 200 additional Sunday services here in Wales – which is a 45% increase on current rates – and of course we want to see that new, modern accessible rolling stock made available here in Wales.”
– First Minister, Mark Drakeford (Lab, Cardiff West)

The first question on the situation in Catalonia came from an unexpected direction and probably not for the reasons you would’ve expected either.

Mark Reckless AM (BXP, South Wales East) asked – in light of the imprisonment of Catalan political leaders by Spain – about the Welsh Government’s position on judicial judgements, drawing comparisons with their outspoken support for Supreme Court verdicts relating to Brexit. He also found it extraordinary that people were expecting the EU to intervene when Catalan independence is as welcome to them as the Brexit. He also had eyes on Scotland:

“Others think they (the SNP) should hold a second referendum without a second section 30 order from the UK Government. Ultimately, if a Scottish Government were to seek to hold such an illegal referendum or perhaps a future Welsh Government, isn’t prison for contempt ultimately our last line of constitutional defence?”
– Mark Reckless AM

The First Minister believed Mark Reckless was stretching arguments beyond all recognition. He was reluctant to discuss non-devolved matters, but it was concerning that democratically-elected politicians have been imprisoned for going about their responsibilities peacefully.

It was no surprise that many AMs look to the EU for protection in certain areas as “our membership of the EU that we enjoy today so many of those rights that otherwise would not have been afforded to us.”

Bill introduced to set up indemnity scheme for Welsh GPs

Why is the Bill being introduced?

At present, all regulated healthcare professionals need insurance cover against clinical negligence claims. The cost of indemnity has reportedly increased by 7% between 2013 and 2017, though this isn’t believed to be due to a decrease in the quality of care, more increasingly longevity which has made possible claims for negligence more likely.

Indemnity costs – including changes to the rate used to calculate payouts for medical negligence cases – have been cited as one reason why GPs are reducing their hours.

The English Health Secretary announced a government-backed indemnity scheme to provide clinical negligence indemnity cover for GPs in England. In May 2018, the Welsh Government announced its intention to create a similar scheme in Wales.

The Lowdown: The Key Proposal in the Bill

The Bill itself is relatively short and essentially enshrines in law the regulatory powers needed for the Welsh Government to set up and manage a publicly-backed indemnity scheme for GPs in Wales.

The main benefit of the Bill, if it becomes law, will help in the recruitment and retention of GPs because no GP in Wales would be at a disadvantage compared to GPs in England.

How much will the NHS Indemnities Bill cost?

In terms of the administrative costs, just £30,000 – all borne by the Welsh Government.

It’s unclear yet what liabilities for historical medical negligence cases the Welsh Government and the new indemnity scheme would be taking on, but the only estimate given in the explanatory memorandum is “in the region of £100million”. This would be offset by any asset transfers from current providers (currently under negotiation) – so the £100million figure isn’t a “cost” of the Bill. 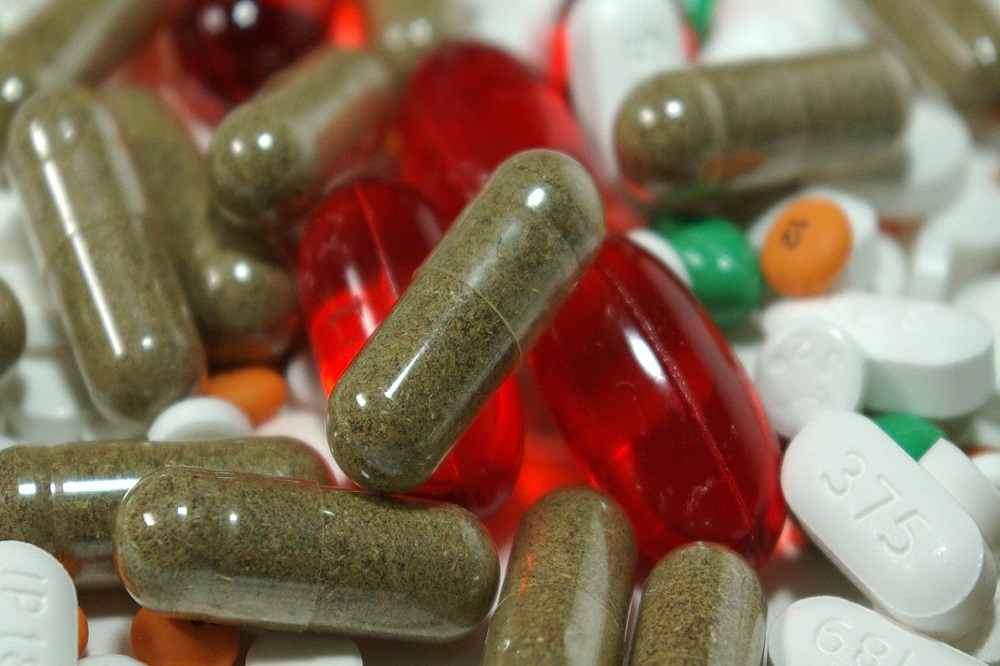 Although similar regulations have been introduced at UK level for prescription-only medicines, the Welsh regulations will enable the Welsh Government to enact a Serious Shortage Protocol (SSP) if Wales experiences a shortage of medical appliances or non-prescription-only drugs as well – some of which are imported from the EU.

Once an SSP has been issued, “alternative arrangements” will be made for the supply of affected equipment and medicines. The regulations will allow pharmacists or NHS contractors to supply a different product (with a similar function) or effectively ration supplies.

Prescriptions subject to an SSP order will need to have a note attached, while GPs will have to be told if a patient’s prescription can’t be fulfilled, or if a product with a similar therapeutic benefit as that originally requested on the prescription has been dispensed instead.

The regulations will also ensure pharmacists and NHS contractors don’t breach the NHS terms of service if they have to delay dispensing prescription drugs or equipment subject to an SSP. If they can’t dispense a prescription at all, they’ll need to refer the patient back to the prescriber.

As the regulations were introduced under the negative procedure, they’ll automatically come into force on October 31st 2019 unless the Senedd votes to annul them.

Last week, the Assembly Commission published a report from the first Citizens’ Assembly, which met in mid-July as part of a programme of events to mark the 20th anniversary of devolution (pdf).

Sixty people were selected from a long list of 331 people who themselves selected via a civic lottery – which involved 10,000 people in total. The final sixty were chosen based on their defining characteristics to ensure membership which reflected the population of Wales. Politicians (at all levels) and their staff were barred from taking part.

The question the Citizens’ Assembly was tasked with answering was: “How can people in Wales shape their future through the work of the National Assembly for Wales?”

What did the Citizens’ Assembly think about the current state of Wales?

The Citizens’ Assembly was asked to consider two things they believe are working particularly well in Wales at present and two things which were being dealt with badly or were challenges facing Wales.

In terms of where Wales is going right, culture seemed to factor well, with the protection of historic monuments, food, environmental protection/maintaining green spaces and tourism ranking highly.

There were few surprises in terms of the areas factoring poorly or deemed to be a challenge: health services (physical and mental health), education, road infrastructure & public transport.

The Citizens’ Assembly was presented with thirteen different ways the public can shape the political agenda.

One of the most popular suggestions was co-creation: bringing people with relevant personal experiences together to develop recommendations which can be presented to the Senedd’s committees when they gather evidence during inquiries. Citizens’ assemblies themselves were also popular and overall there was a conclusion that a “blended approach” of crowd-sourcing ideas then discussing them further through a citizens’ assembly should definitely be available.

The least-favoured option was online discussion, with concerns that it would be dominated by people with strong views, would be shallow/lack depth and might not be taken seriously.

They also weren’t keen on using social media- but thought a web form or specialist online platform (to ask questions and receive responses) should be available on the Welsh Government website.

Many local authorities have introduced “budget games” to consult with the public on how to set their budgets, but these weren’t particularly popular – though there was some support for its use as an educational tool.

What else did the Citizens’ Assembly think?

The Citizens’ Assembly put better general engagement as a priority and didn’t want this citizens’ assembly to be a one-off. There were calls for better general publicity of the Senedd’s work and for better geographic reach beyond the south – including a method to request committee visits.

In terms of reform of the Senedd itself, there were calls for better diversity, a pay cut for AMs and the introduction of proportional representation – though reforming the Senedd doesn’t seem to have been very high up the list of priorities.

As for what they believe should be discussed in the future, the topics included post-Brexit policies, climate change, the impact of new housing developments and transport.

Reaction to the Citizens’ Assembly itself seems to have been overwhelmingly positive.

More than 90% of the people who took part believed it was useful in learning more about the Senedd’s work, believed they had ample opportunity to express their views, believed it was a balanced exercise and something which has encouraged them to become more politically active.

Really enjoying these regular update on our Cynulliad.