Nearly all of this afternoon’s unannounced questions to the First Minister revolved around Labour’s 2019 UK election manifesto.

Leader of the Opposition, Paul Davies AM (Con, Preseli Pembs.) focused on tax. When the First Minister confirmed that the Welsh Government won’t raise the rate of Welsh income tax for the remainder of the Senedd term, Paul Davies picked out some of the proposals at a UK level which he claimed would “bankrupt the country (UK)”.

“….another person who wasn’t afraid to say that everyone will have to pay more tax under a UK Labour Government was (Shadow Chancellor) John McDonnell, who finally admitted yesterday that many of the party’s policies will affect the entire population. And as you’ve just said, where a UK Labour Government leads, the Welsh Government will follow, and your own manifesto commits to asking for a little more from those with the broadest shoulders making sure that everyone pays what they owe. And we all know what that means, that means taxes going very high under the Labour Party.”
– Leader of the Opposition, Paul Davies AM

The First Minister decided to put the record straight: yes, Labour intends to increase income tax for those earning more than £80,000-a-year but will end the “horror” of universal credit. Corporation tax will rise to 26%, but this will remain lower than Belgium, Australia, Canada, France and the United States. All Labour plans to do is move the UK towards the European mainstream after a decade of “Tory starvation of public services”.

Adam Price AM (Plaid, Carms. E & Dinefwr) picked up on a number of things in the Labour manifesto – no commitment to devolving policing, no firm commitments to reforming the Barnett Formula and, last but not least, a promised £100 billion investment in Scotland compared to £3.4 billion a year in additional funding for Wales.

“Your manifesto says that Scotland will receive at least £100 billion of additional resources over the two terms of a Labour Government – £10 billion will go to a new national transformation fund to build 120,000 new homes in Scotland; another £6 billion to retrofit existing homes; the new Scottish national investment bank will get £20 billion to fund a wide range of projects. Now, if Wales were to be funded on this scale, we should expect at least an additional £60 billion, but there’s no such explicit commitment in either your UK or Welsh manifestos. Why are you so detailed on Scotland, even in your Welsh manifesto, and so silent on Wales?”
– Adam Price AM

On policing, the First Minister said the Thomas Commission report will form the basis going forward and it was too early to draw any policies from it. He added that Barnett Formula reform is in the Labour manifesto and noted UK Labour’s promise to use the Welsh Government’s constitutional reform paper as the basis for reforming the UK.

On the Scottish funding question, the First Minister didn’t answer it directly. The promised £3.4 billion in itself would go some way towards making up for years of budget cuts, while Labour is committed to some significant Welsh-based projects like the Swansea tidal lagoon and Wylfa Newydd.

One of the headline pledges in Labour’s manifesto is to construct 100,000 council houses a year in England, but what about Wales?

“First Minister, given you only built 57 council houses last year, people can judge the plausibility of that, or otherwise, for themselves. You have said that you are going to, and I quote your manifesto here in 2016: ‘We will deliver an extra 20,000 affordable homes in the next term’, yet that implies 4,000 a year. You’ve been averaging only 2,500 a year. Is it really plausible that you are going to overcome that deficit in the next two years?”
– Mark Reckless AM (BXP, South Wales East)

The First Minister had every confidence the 20,000 affordable homes target won’t only be met but exceeded by 2021. The figure on council houses is also set to change dramatically, with more than 1,100 built by 2021 in just three local authorities alone – Cardiff, Powys and Anglesey (though it needed to be closer to 5,600 to match pace with England). 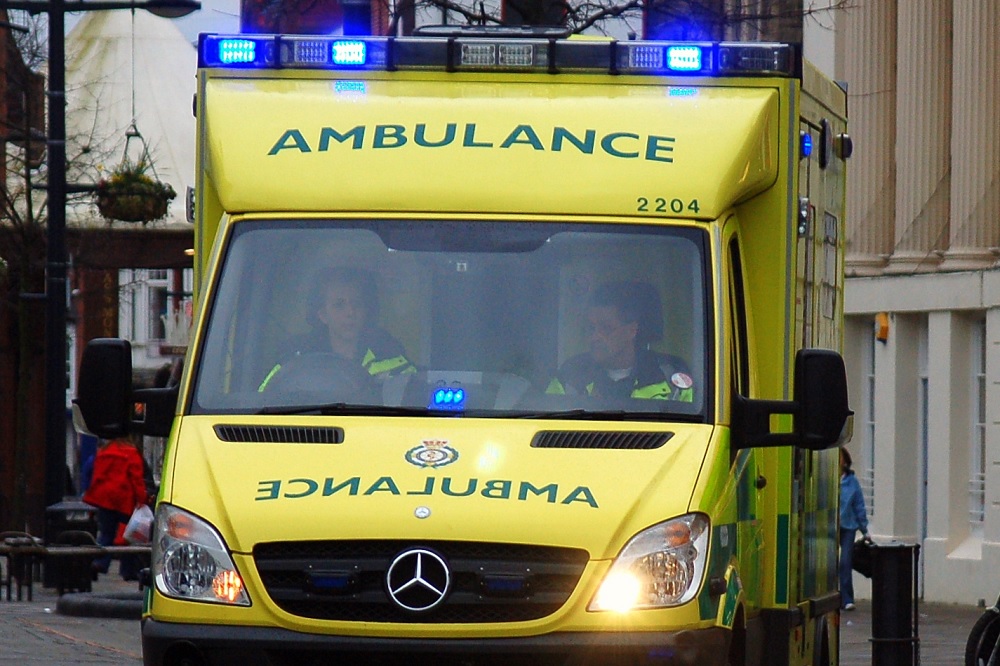 A&E departments remain under pressure following a surge in demand

Welsh accident and emergency departments saw some of the longest waiting times for treatment in several years, matching a relatively poor performance in September 2019.

In October 2019, only 73.5% of patients were admitted, transferred or discharged within the four hour Welsh Government target and more than 5,000 patients waited more than 12 hours.

A&E performances across the UK declined over the same period, with Wales placed third in the nations of the UK. Ambulance response times have also measurably declined, but were just above the eight-minute response time performance target.

NHS Wales Chief Executive, Dr Andrew Goodall, told BBC Wales: “The impact of older people and their needs and their admissions over recent years….that is something that has built up over the last few years, and you do see that enhancing particularly through the winter months, where there’ll be a high level of older people coming through the system.”

Plaid Cymru’s health spokesperson, Helen Mary Jones AM (Plaid, Mid & West Wales) said: “We’re barely into the worst of the winter months and already our NHS is struggling to cope. Our frontline NHS staff do the best they can under increasingly difficult circumstances and shocking mismanagement from Labour.”

“Looking ahead, the role of the carer will become even more important given the demands of an ageing population with increasingly complex health needs.

“In view of this, it is disappointing to hear that things have not improved for carers under the Act, In fact, for many that we heard from, cuts to local authority and health service budgets have meant that vital support services are not being delivered.”
– Committee Chair, Dr Dai Lloyd AM (Plaid, South Wales West)

The headline finding from the inquiry was that the Act’s provisions – whilst enjoying broad support – haven’t been effective due to cuts to council budgets. Any optimism that the Act would build upon previous measures to improve the lives of carers has subsequently faded.

While the Committee agreed that carers’ rights have been strengthened, this hasn’t been accompanied by a better overall experience for them; many witnesses told the Committee that the Act hasn’t had any measurable impact on their lives and in some cases may even have worsened.

The number of people receiving a formal needs assessment was said to be low, with just over 2,000 carers receiving a support plan between April 2017-March 2018. This was said to be, in part, because many carers don’t recognise themselves as such and believe what they do was a natural part of their relationship with a cared-for person.

The Welsh Government has commissioned a full independent review of how the Act has impacted people giving and receiving care and will break this down to the Act’s impact nationally, regionally and locally. This report, being drafted by the University of South Wales, is expected to be published in 2021.

The Committee recommended the Welsh Government prepares a clear action plan for addressing failings in the Act’s implementation by next summer.

There was said to be a fear around getting involved with social services, with a perceived stigma attached and fears that the cared-for person may be removed if the carer can’t cope or a loss of independence – all concerns said to be more prevalent amongst older carers (80 years old+) and carers of people with dementia.

The language around the assessments was also believed to be around how well the carer is performing rather than what they need.

Long waiting times were also said to be an offputting factor, with evidence from witnesses stating 39% of cared-for people who were near the end of their lives waiting longer than 6 months for an assessment.

“We’ve got a 90-year-old that comes in…Ninety-three – she’s got a 60-odd-year-old son with Down’s Syndrome. On a daily basis, she says, ‘I’m only here until he goes. As soon as he goes, I can go’…. you don’t know where they’ll live, who’ll support them, who’ll look after them.”
– Dot Gallagher, Chair of Mencap Cymru

The Committee recommended a young carers ID card should be rolled out as a national scheme.

The third sector was said to be an important provider of services to carers – particularly those who aren’t receiving services as a result of a needs assessment – but their funding situation is insecure. Swansea Council called for a three to five-year funding model to allow more effective planning for services.

The Committee also recommended that minimum standards of advice and guidance for direct payments – used by cared-for people to make care arrangements themselves – is provided across Wales. 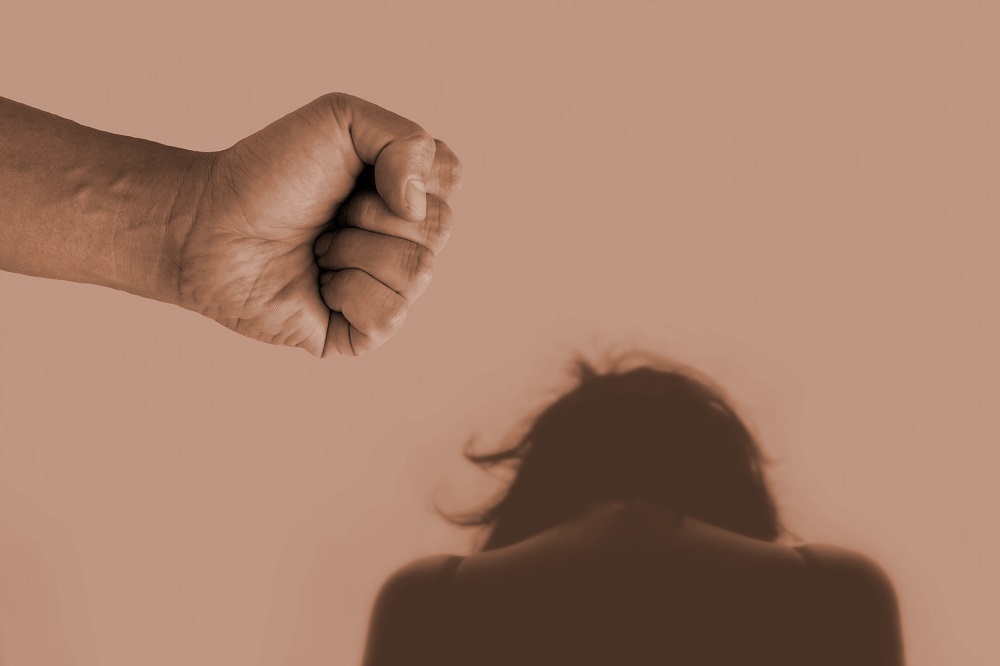 Image by Tumisu from Pixabay.

The Wales Audit Office has published a report saying that progress in delivering some key aspects of the Violence against Women, Domestic Abuse and Sexual Violence Act 2015 has been poor (pdf).

The report criticised what it describes as overlapping and inconsistent approaches which have resulted in duplication of services and short-termism. Guidance from the Welsh Government was also described as limited and produced up to two years late in some cases. New duties placed in different pieces of legislation were said to be “stretching capacity” to deal with domestic abuse within public bodies.

The system was, however, praised for the importance placed on preventative work, work to raise awareness and improvements in regional working.

Auditor General, Adrian Crompton, said: “It’s concerning to find that, four years after the introduction of this ground-breaking legislation, victims and survivors of domestic abuse and sexual violence are still being let down by an inconsistent and complex system.”