With pretty much every part of the country now affected by bank branch closures AMs debated the Economy & Infrastructure Committee’s report on access to banking in Wales.

Running through the main findings of the report the Committee Chair, Russell George AM (Con, Montgomery), said responsibility for replacing banks after they close was increasingly being placed on communities themselves (through schemes led by LINK) and post offices, which don’t offer the same level of service.

The report reflected the levels of scepticism around the proposed creation of a community bank for Wales, led by Banc Cambria:

Dr Hefin David AM (Lab, Caerphilly) listed several bank branch closures in his constituency, though he was disappointed the Welsh Government rejected a recommendation to reintroduce support for post offices, some of which, like Bargoed, remained open because of the former post office development fund.

Mohammad Asghar AM (Con, South Wales East) said 40% of Welsh bank branches have closed in the last five years, with some parts of the country losing 85% of their banks since 2015. He believed this would have a more pronounced negative impact on older people who may be used to using cash and who don’t use online banking.

“….HSBC have made a profit, and this is from June 2019, of £11.8 billion; Lloyds – £4.3 billion; Barclays – £2.4 billion. A combined profit of £22 billion, and they’re telling us that they can’t afford to keep branches in Llanystumdwy, Bethesda, Rhondda or Neath open. I do not believe it. They say it’s a different part of the company, but it comes down to the bottom line, it comes down to the profits for their shareholders, and that’s where they’ve got it all wrong, so I have little, if any, sympathy for them in that regard.”
– Bethan Sayed AM

Vikki Howells AM (Lab, Cynon Valley) said news of a Co-Operative Bank closure in her constituency got more attention than anything else on Facebook; she called for “expectation management” on a possible community bank – particularly as it’s suggested some branches would be automated. Jack Sargeant AM (Lab, Alyn & Deeside), however, was more optimistic, saying a community bank “needs to happen”.

Joyce Watson AM (Lab, Mid & West Wales) condemned the main high street banks for not giving oral evidence, but why would then when they’ve been allowed to wriggle out of their commitments so easily?

Many AMs raised concerns about the potential impact of the community bank on credit unions, but the Minister said there were opportunities for collaboration:

“I note the committee has some concerns about the feasibility of the community banking proposal and its potential impact on credit unions in particular, but work is already well underway to ensure that credit unions and the community bank and building societies work in collaboration to find the very best solutions to improve access to banking services. And this work is focused entirely on ensuring financial inclusion for all people across our country.”
– Economy & Transport Minister, Ken Skates

In addition, the Minister called for high street banks to have a transition process in place to manage potential closures and to properly address and problems that may arise from a closure.

Helen Mary Jones AM (Plaid, Mid & West Wales) ran through some of the findings from the report which suggested that while there has been progress in implementing the Act, there are areas not going as well as they should.

The most serious problem is the retention of nurses, with more nurses leaving the NHS than joining it, with 1,600 nursing vacancies existing – which she described as approaching a crisis.

Dr Dai Lloyd AM (Plaid, South Wales West) called for the number of trainee nurses to double and also safeguards for whistleblowers who express concern about the workforce planning. He underlined the importance of nurses, citing evidence showing a correlation between an increase in degree-level nurses and a 7% reduction in patient deaths.

“Now, I’m very pleased also that the nursing bursary is still here in Wales. That’s critical because that encourages more to come along…But we must ensure that, once they’re in the profession, they’re given a healthy environment to work in, a safe environment for their patients, and a stress-free, as much as possible, environment, so that they do not burn out.”
– David Rees AM (Lab, Aberavon)

Caroline Jones AM (BXP, South Wales West) reminded the chamber that the Act was introduced by an (at the time) opposition member, the Lib Dems’ Kirsty Williams, in response to mismanagement by the Welsh Government – including the lack of nationwide workforce planning and a “botched reorganisation”.

Act has had a positive effect

Health Minister, Vaughan Gething (Lab, Cardiff S. & Penarth), said nursing was a challenge everywhere and the English nurse vacancy rate is double that of Wales. Nonetheless, the Act has had some positive impacts.

“For example, we know that, following the implementation of the Act, more than £17 million of additional funding was invested in increasing our nursing workforce in adult acute medical and surgical wards…..We hear regularly from nurses, right up to the most senior levels, that the Act has made a clear difference to the weight attached to their professional judgment when they have what can be difficult conversations about nurse staffing levels with their colleagues.”
– Health Minister, Vaughan Gething 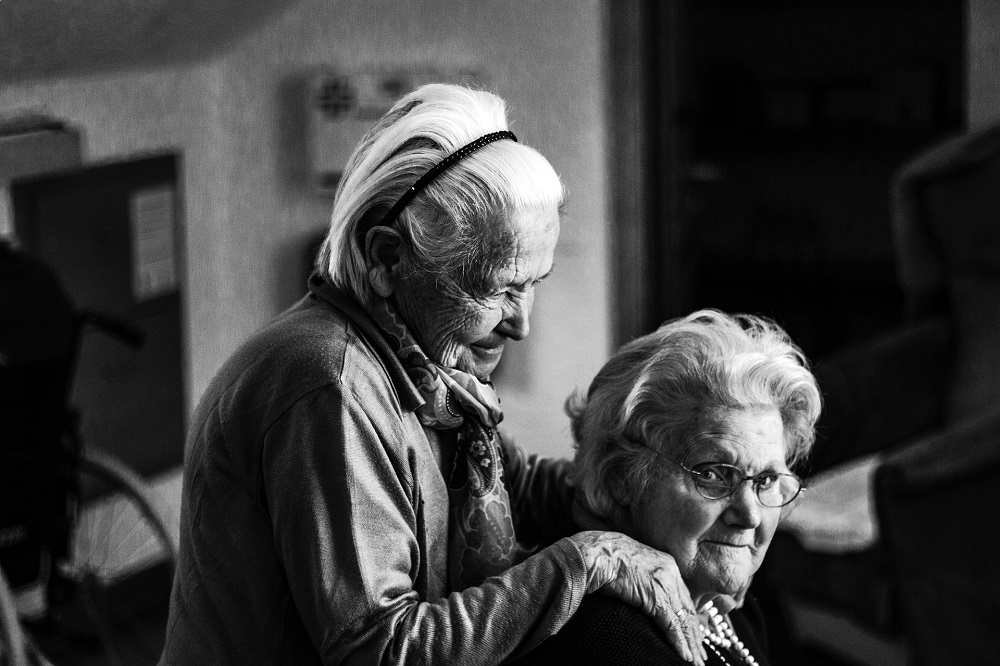 Picture by Eberhard Grossgasteiger from Pixabay

This week’s short debate was from Vikki Howells AM (Lab, Cynon Valley) on the challenges and opportunities surrounding adult social care.

Sketching out the solutions

With the proportion of people aged 65+ and those requiring care expected to increase over the next decade, most of the argument around social care has been on cost. While Vikki Howells said cost is an important consideration in its own right, there were plenty of practical challenges and opportunities that are more about ways of working that money.

Some local authorities, like Rhondda Cynon Taf, have focused on preventing unnecessary hospital admissions and “bed blocking” by setting up a 7-day-a-week multidisciplinary team. Technological innovations were also playing an important part:

“The assistive technology lifeline will be enhanced to provide a 24-hour, mobile, rapid-response service for 365 days a year to people using a lifeline pendant. And of course, the council is also committed to invest in extra care facilities across Rhondda Cynon Taf, and I’ve been very impressed by those when I’ve gone to visit them. They’re part of the council’s commitment to modernise older people’s residential and day services.”
– Vikki Howells AM

She also spoke in favour of co-operative based care services based within specific communities instead of being part of a conglomerate focused on profits and dividends, as well as professionalising the care workforce through improved qualifications and recognising care as an important role through reforms to pay and working conditions (such as banning compulsory zero-hour contracts).

Struggling to keep up with demand

Deputy Minister for Health & Social Services, Julie Morgan (Lab, Cardiff North), stressed that local authorities and the Welsh Government were struggling to keep up with the demand for care – but there have been moves to modernise the care service through legislation. Children, rather than adults, were also seeing the biggest increases in social service spending by local authorities.

The Deputy Minister spoke in favour of “rebalancing” the care system:

“Independent providers will remain a key part of the system, and we have fantastic independent providers in Wales, and we are dependent on them…..As a Government, we want high-quality, independent providers to play a key role. But we will also support local authorities who wish to bring more provision directly under their control. We also want to see co-operatives, as Vikki Howells referred to, playing a bigger role in a balanced care market. In the new year, I intend to provide a statement that sets a framework for pursuing the rebalancing of social care.”
– Deputy Minister for Health & Social Services, Julie Morgan 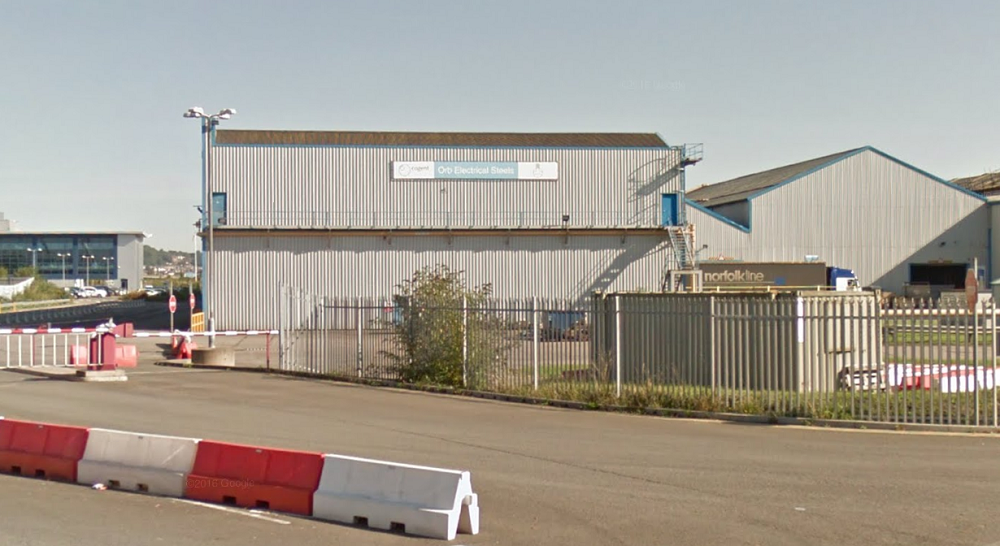 Two companies are reportedly interested in buying Tata Steel’s Orb works in Newport, which is currently in the process of being mothballed.

Liberty Steel – which already operates a steelworks in the city – and American company Big River City Steel are reported by BBC Wales to be considering purchasing the plant, which specialises in producing electrical steels for the automotive industry.

Converting the plant to make electrical steel for the electric vehicle industry has been mooted as a possible future for the site, but converting it could cost up to £50million.

The Welsh Government has chosen a route for another upgrade to the key A40 road in Pembrokeshire, which will pass to the north of Narberth.

The road, which will have a 2+1 lane configuration to aid overtaking, will run south of the existing A40. Work is expected to start in summer 2021 – barring a public inquiry – and is expected to be completed by the end of 2022.

The leader of Rhondda Cynon Taf Council, Labour’s Cllr. Andrew Morgan, has been appointed as the new leader of the Welsh Local Government Association (WLGA) following the previous leader Debbie Wilcox’s move to the House of Lords.

He said: “It is a huge honour to be elected Leader of the WLGA. The past decade has been challenging for local government, but councils have shown leadership and worked to ensure our local communities have been well served and vital local services have been maintained.”

The Welsh Government have been urged by environmental groups to consider ways to reduce the environmental damage caused by 3G sports pitches, which use rubber tyre crumb as infill for the artificial surfaces.

It’s said up to five tonnes of rubber infill is lost from 3G sports pitches annually, making its way into watercourses.

Call for a new voting method to aid the partially-sighted

Disability campaigners have called for changes to the method used by blind and partially-sighted voters, who currently rely on another person telling them where to mark their vote – even when using a tactile voting system.

The UK Government said: “We understand that the Tactile Voting Device works well for some voters with sight loss but not all, so we are already working with the Royal National Institute of Blind People to develop alternative options for the long-term.”

Nice to see A.M’s criticising the retail banking sector for its crass attitude towards all sorts of communities in Wales ( and elsewhere). These are the parasitic organisations that sponged mega billions in disclosed and undisclosed funds from central government during and following the crash of 2007-08. These are the organisations that continued to pay large numbers of executives eye watering salaries, bonuses and benefits despite the largely self inflicted damage of the period leading up to the crash. They may claim that retail banking is somehow not related to the “parts” that were primarily involved in the crash but… Read more »

How much of an impact will the Tory’s – Boris Johnson have on this issue?