“It should concern us all” – that was the verdict of the Local Government & Housing Minister, Julie James (Lab, Swansea West), as the Welsh Government’s child poverty report for 2019 showed an increase (pdf).

The key findings in the report are:

Despite efforts to increase employment rates – to rates higher than the UK at present – 29% of children live below the relative poverty line. Some estimates show that continuing UK Government policies will result in 37% of children living in poverty across the UK by 2022.

In response to the report, the Minister said she will undertake a review of Welsh Government anti-poverty programmes to ensure they have “the maximum impact” on child poverty.

Keen to deflect blame from Whitehall, Shadow Communities Minister, Mark Isherwood AM (Con, North Wales), contested the idea that employment in Wales was higher than the UK, as the latest figures showed the opposite. Average wages in Wales were also the lowest in Great Britain. Child poverty rates in 2019 are barely any different to what they were before the Great Recession.

Leanne Wood AM (Plaid, Rhondda) was in no doubt that UK Government policies were to blame. She expressed dismay, however, that the Welsh Government opted not to pursue policies which could alleviate poverty – reversing cuts to the school uniform grant, reversing changes to the income threshold to receive free school meals and keeping the family fund for disabled children.

“Tonight in Swansea some children will go to bed hungry….Some will go to bed in a cold and damp house. Some children will change their school sometimes as often as every year as their parents move from one short-term privately rented house to another. There are now more children living in poverty in working households than in workless households, mainly due to the prevalence of low-paid, insecure work.”
– Mike Hedges AM (Lab, Swansea East)

Dawn Bowden AM (Lab, Merthyr Tydfil & Rhymney) linked child poverty to poverty amongst women – particularly single-parent households, in which 46% live below the poverty line and 90% of whom are women. Women also make up 58% of working-age benefit claimants.

Vikki Howells AM (Lab, Cynon Valley) pointed out that Penrhiwceiber in her constituency has the highest rate of child poverty in Wales and that the biggest increase in poverty has been amongst working households. Various welfare reforms pursued by the UK Government were contrary to the UN Convention on the Rights of the Child, particularly articles stating children have a right to benefit from social security.

The public has 12 weeks to have their say on the Welsh Government’s Clean Air Plan (pdf). The plan sets out how the government intends to address poor air quality, said to be responsible for anything up to 2,000 excess deaths every year.

The key measures include:

The government also intends to publish a white paper on a Clean Air Act before the end of the current term in 2021.

Introducing the plan in the Senedd, the Environment, Energy & Rural Affairs Minister, Lesley Griffiths (Lab, Wrexham), emphasised the need for everyone to work together.

This plan has been a long time coming and the wait for concrete action on air quality was picked up by many AMs.

Shadow Environment & Rural Affairs Minister, Andrew RT Davies AM (Con, South Wales Central), regretted that a Clean Air Act was unlikely to be passed before the next election. There were also some policies which contradict the plan’s aims – namely support for waste-to-energy incinerators.

Dr Dai Lloyd AM (Plaid, South Wales West) noted the large increase in cases of asthma, COPD and idiopathic (“unknown cause”) pulmonary fibrosis – which he was certain would be firmly linked to modern levels of air pollution one day. There had to be a law to “introduce a right to breathe”.

Jayne Bryant AM (Lab, Newport West) was pleased that indoor pollution was finally being recognised as burning fuels indoors was often overlooked.

Several AMs stressed the need for traffic in and around schools to be urgently addressed, whether through increased investment in walking and cycling schemes – as mentioned in the plan – or even going so far as introducing exclusion zones to prevent parents parking near to schools (the practicalities of which weren’t discussed in any great detail).

The public consultation closes on 10th March 2020 and all the details are available here.

Plans in place for rough-sleepers

Dr Dai Lloyd AM (Plaid, South Wales West) focused on rough-sleeping. He noted that housing-related support has been cut by £37 million since 2012 (in real terms). He’s noticed an increase in the number of rough-sleepers in Swansea – particularly poignant in the run-up to Christmas.

Whoever wins the election tomorrow, would the Minister commit to prioritising homelessness reduction?

The Minister told AMs the draft Welsh budget for 2020-21 has been continuously delayed due to the election but is due to be published next Monday (16th December) – including Welsh Government spending on homelessness. She refused to make promises she couldn’t keep:

“I’m not going to promise to get everybody in off the street because it’s impossible to do; anybody who made that promise would be bound to break it. What we have said is that we will know who everybody is that’s sleeping rough, and we will have a plan for them. If we can get them in off the street, of course, we will. Otherwise, we will have the assertive outreach workers reaching out to them.”
– Local Government & Housing Minister, Julie James

Claim that “no council has asked for funding formula review” disputed

Ahead of next week’s draft budget – which will include the local government financial settlement for 2020-21 – Shadow Communities Minister, Mark Isherwood AM (Con, North Wales), brought up the 2019-20 settlement which the Conservatives considered to be favouring some authorities over others.

He said Flintshire Council had written to the Minister after comments she made calling for local authorities to ask for a funding formula review. As that letter was “about how the cake is sliced” rather than “the size of the cake” he implied it was a request for such a review.

The Minister didn’t remember the correspondence and said no council has made a formal proposal for a formula review. The blame for council funding cuts lay with:

Minister to visit Celestia flats once enforcement notice appeal is over

Andrew RT Davies AM (Con, South Wales Central) raised the Celestia apartment complex in Cardiff Bay – used by several AMs (below) – which has been in the news recently due to flammable cladding on the exterior of the building. Residents were keen to meet the Minister after she said she would visit the flats; when would that happen?

“Llywydd, I’ve got to declare an interest, in that I live in this complex myself, and I know several AMs do, and their staff. What strikes me is the complete lack of information on this. There’s been no correspondence through the letterbox in the flats or anything, there’s been no notice of meetings, there’s been no news apart from what I actually pick up in this Chamber.”
– Mandy Jones AM (BXP, North Wales)

The Minister said that due to a legal appeal by the developer against enforcement notices issued by South Wales Fire Service, she couldn’t visit yet in case the Welsh Government becomes involved in legal proceedings. The responsible agent has a duty to keep residents informed. 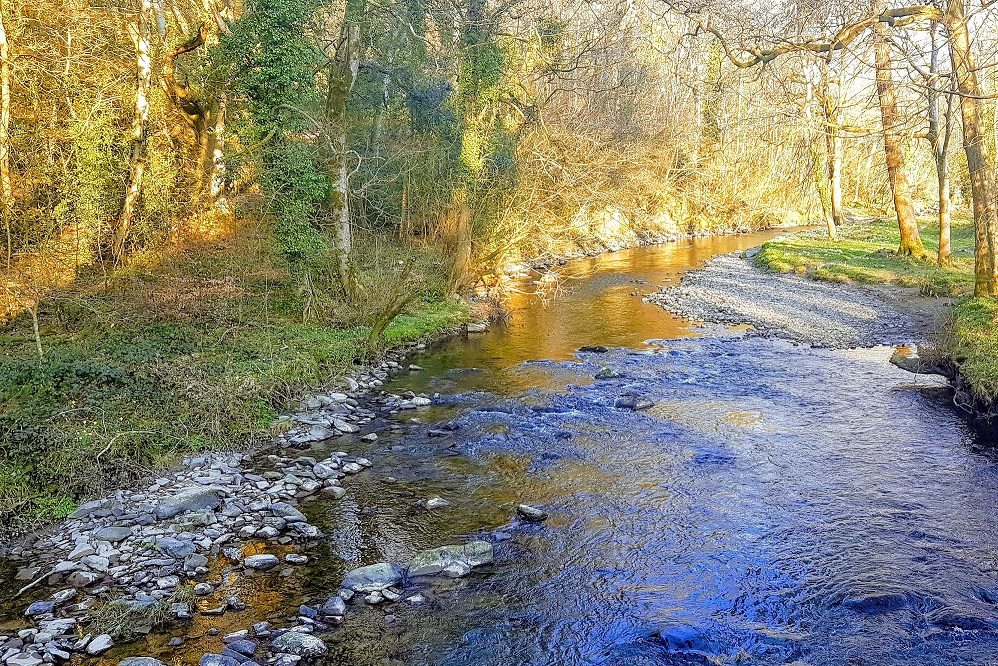 The Minister confirmed the regulations haven’t been introduced yet because she’s asked officials to get further advice on the possible impact on farming. She’s met with farming unions and is scheduled to meet them again – though couldn’t give any figures on how it would affect the industry.

She did note her disappointment that the onus is being placed on the government, not farmers, to reduce water pollution considering the “unacceptable” levels that exist at the moment.

“There were 30,000 sewage spillages in this country back in 2017 and I don’t hear the Government making as much fuss about that….But do you accept that spreading during closed periods and having set dates for spreading slurry and farming by calendar can be counter-productive? We hear people like Tony Juniper, the boss of Natural England, saying as much. So, is that something that you now accept and that you, of course, are moving away from that kind of approach?”
– Llyr Gruffydd AM

The Minister believes any flexibility in the farming calendar had to be “earned”. While she completely understood the possible difficulties facing farmers, she was also responsible for the environment, repeating that the number of agricultural pollution incidents is “unacceptable” and “embarrassing”.

David Rowlands AM (BXP, South Wales East) took the Minister to task on tree-planting, saying that despite the emphasis in the clean air plan and the declaration of a climate emergency, just 240 hectares of new trees were budgeted for during 2018-19 compared to a goal of 2,000 hectares. Scotland and Northern Ireland were planting tens of millions of new trees compared to Wales’ 43,000.

Mohammad Asghar AM (Con, South Wales East) quoted industry experts who said funding for tree planting was a third of what it needs to be, while Mike Hedges AM (Lab, Swansea East) called for annual targets to be set at local authority level and for trees to be planned for in the same manner as housing.

The Minister said there were no plans to introduce local authority targets and, ultimately, the government couldn’t do this by itself.

“We have planted over, I think it’s over 16 million trees in the last three years. A lot of that will have been restocking; we need to be looking at new areas….Welsh Government can’t do it on our own. We need others to help us to do this. We need others to bring funding forward. We need others to bring land forward. We put significant funding into our tree and woodland expressions of interest window in relation to Glastir. There is also funding available within the sustainable management scheme project.”
– Environment, Energy & Rural Affairs Minister, Lesley Griffiths

STV won’t boost diversity in local government by itself