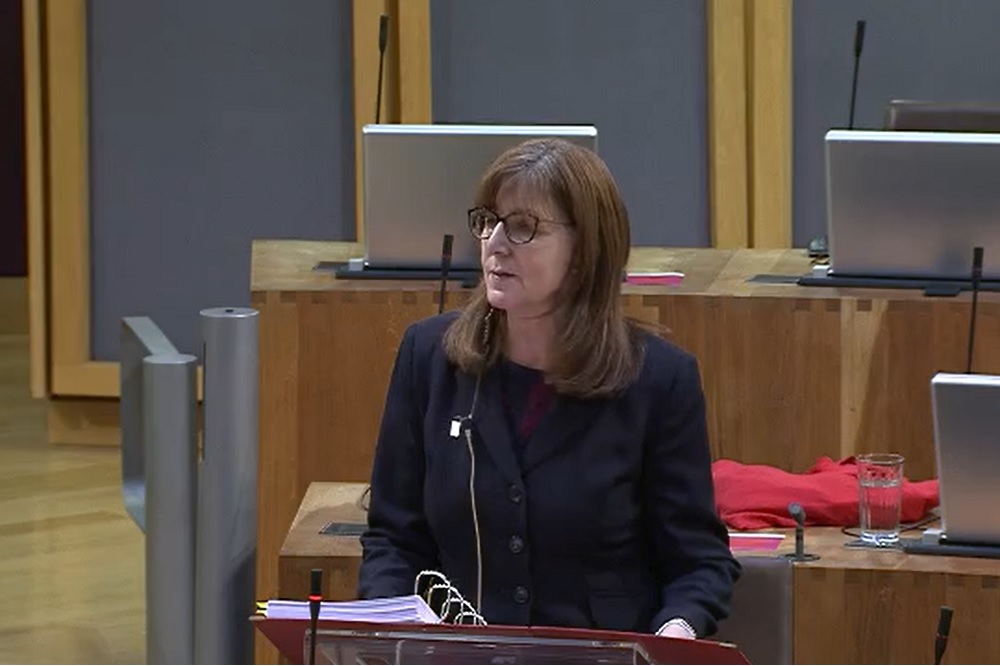 The UK Government is trumpeting English devolution while undermining Welsh devolution at every turn, according to the leader of the Senedd.

Lesley Griffiths was responding to the publication of the UK Government’s Levelling Up white paper, published last week, which included a pledge to hand more powers from Whitehall to the English regions.

However, in Wales’ case, the UK Government have been accused of bypassing the Welsh Government and handing money from Levelling Up funds directly to Welsh counties with the decisions about distribution made by Whitehall.

Speaking in the Senedd, Lesley Griffiths said that “what the White Paper does, for those of us who’ve had the opportunity to have a look at it, is really trumpet the potential of new devolution deals in England, yet they have undermined Welsh devolution at every turn”.

“They’ve used the United Kingdom Internal Market Act 2020 to wrestle funding and decision-making powers away from both the Welsh Government and the Senedd,” she said.

“The Government has been heavily criticised—the UK Government—for its lack of strategic engagement with the Welsh Government on levelling up by its own Department for Business, Energy and Industrial Strategy select committee.

“I think, unless the UK Government changes its approach, they’ll simply waste more resources, underachieve and misrepresent what is actually happening.”

She was responding to a question by Plaid Cymru Senedd Member Rhys ab Owen who said that “some English regions” now “have more powers than we as a country do in Wales”.

“I’m sure the Trefnydd agrees with me that we’ve seen consecutive Westminster Governments that have been levelling down Governments—taking money away from Wales,” he said.

“To solve the problem of uneven development within the English regions, the Government states that they will use a devolution deal, with powers at or approaching the highest level of devolution.

“Unfortunately, this paper says nothing about Wales with regard to the highest level of devolution. When we have asked for devolution of justice, of energy, of Crown Estate, of air duty, it’s been denied time and time again.”

“We have one of the world’s biggest and most dynamic economies,” he said. “Ours is the world’s most spoken language. We have produced more Nobel Prize winners than any country other than America.

“But not everyone shares equally in the UK’s success. For decades, too many communities have been overlooked and undervalued. As some areas have flourished, others have been left in a cycle of decline. The UK has been like a jet firing on only one engine.

“Levelling Up and this White Paper is about ending this historic injustice and calling time on the postcode lottery.

“This will not be an easy task, and it won’t happen overnight, but our 12 new national levelling up missions will drive real change in towns and cities across the UK, so that where you live will no longer determine how far you can go.”

Prime Minister Boris Johnson added: “From day one, the defining mission of this government has been to level up this country, to break the link between geography and destiny so that no matter where you live you have access to the same opportunities.

“The challenges we face have been embedded over generations and cannot be dug out overnight, but this White Paper is the next crucial step.

“It is a vision for the future that will see public spending on R&D increased in every part of the country; transport connectivity improving; faster broadband in every community; life expectancies rising; violent crime falling; schools improving; and private sector investment being unleashed.

“It is the most comprehensive, ambitious plan of its kind that this country has ever seen and it will ensure that the government continues to rise to the challenge and deliver for the people of the UK.”

The Minister is correct. Can I ask though, if Labour win the next General Election, will they, cast-iron, guarantee the devolution of justice, Crown Estate, Energy and Air Duty?

We don’t want further parcels of devolution we want complete control – ie independence. The UK government is never going to improve the lives of people living in Wales and now we have left the EU it will only get worse. It’s time to forge our own future.

Independence is the hope and aspiration of many of us, but it is not Labour’s policy. My question was directed at finding out their policy on the devolution of the areas I mentioned.