Guardian columnist Simon Jenkins has said that Wales “came into union peacefully” – despite being the subject of a Norman conquest.

Wales was conquered by the Normans between 1067 and 1083, culminating with the death of Llywelyn ap Gruffudd (‘the Last’) and the building of the castles of Edward I.

Owain Glyndwr also launched an unsuccessful war of independence from 1400 to 1415.

However, while conceding that Wales “was forced to join in 1536” with the Acts of Union Simon Jenkins said that “Wales came into union peacefully” – perhaps neglecting the fact that it had already been conquered and split between a principality and marcher lordships centuries earlier.

Simon Jenkins made the comments in an article on his new book, The Celts: A Sceptical History, which has been criticised by some historians and academics.

In the book, he argues that the people of Wales, Scotland and Ireland never united into what has been termed a ‘Celtic’ identity.

“It is significant that this collective abuse of the Welsh, Scottish and Irish never met a collective response,” he said.

“There was no Celtic solidarity, never one nation, language or culture, let alone a military or political alliance.

“To the English these peoples should see themselves as what amounted to English counties, like Yorkshire or Kent, to be assimilated into a “great British” union. Wales was forced to join in 1536, Scotland in 1707 and Ireland in 1801.

“Wales came into union peacefully, Scotland grudgingly and Ireland never. Irish rebellions followed one after another until it won its independence in 1922.

“Thereafter a rump United Kingdom did cohere. It was sustained by a Tory unionist obsession and by a Labour party that saw it as embodying Aneurin Bevan’s ‘unity of the British working class’. Celts were for fairy tales and antiquarians.”

While he does not recognise a united Celtic identity, Simon Jenkins does support further autonomy for Wales, Scotland and Northern Ireland.

“Lumping Celts together as one people and one problem that can be swept under a unionist carpet is demeaning to the ambitions of Irish, Scots and Welsh,” he says. “It will not silence them.

“It will not help the search for what is now critical, a bespoke autonomy for each nation in a new British federation.”

The book has however been criticised by Patrick Sims-Williams, a professor of Welsh and Celtic Studies at Aberystwyth University.

In a review posted in the Times Literary Supplement, Patrick Sims-Williams described the book’s claims as “ahistorical” and compares parts of it to “Horrible Histories”.

“Jenkins’s grasp of Celtic scholarship is shaky,” he says, noting that the author “exploits prehistory to foreshadow his opinions on modern Britain and Ireland”.

In his review, Prof. Sims-Williams also debunks Jenkins’ claim in the book that there is no evidence of people in Austria/Switzerland speaking anything like Celtic, or that Celtic itself was a derogatory word applied to the people from without.

He is particularly bemused however by Simon Jenkins’ argument that “the generally accepted idea that Saxons brought the English language to England in the fifth and sixth centuries is also a myth”.

He notes of the suggestion that English was spoken in Wales before the Anglo-Saxons arrived: “The fantasy that lowland Britain was always Germanic-speaking is rare outside the darker reaches of the internet.”

Overall he said The Celts: A Sceptical History fell into the category of books likely to “have left readers as confused as the authors themselves” and was “an odd way to tackle a modern non-problem”.

There is evidence of Celtic activity in Austria. There is a town not far from Salzburg called Halen. The mine, owned by the Bishops of Salzburg was a Salt mine. The Welsh word for salt is “HALEN”. There is a Celtic museum in the town. The mine is no longer working but can be visited. To descend into the Salt mine one is presented with a cushion, one slides down a long rail to the depths of the mine.

Sounds fun, although with my knees, is there someone to give you a hand up at the other end?

The whole thing is moot…However Cymru came to be part of a system of subjugation the consequences of which are felt across our country and the rest of the world even to this day to a larger and lesser extent doesn’t matter to me, getting out of that system is what is important, I will let the dilettantes and academics on Twitter bore each other into an angry stupor…. In the meantime, those of us who wish to see independence in Cymru have an objective, I think I will crack on with working out what my part in all of… Read more »

Some people just do not know the history of these isles. We all know Cymru was conquered. It does seem, though, that people in England are beginning to see that the end of the ‘Union’ is now about to happen, they are also beginning to fight back. However, it is too late. The cast is set. The Union will die it is only a matter of time. Hopefully, that time will be with us sooner rather than later.

Can we end this union DISUNITED KINGDOM sooner rather than later

“Hello? I’ve come to see my book being pulped.” 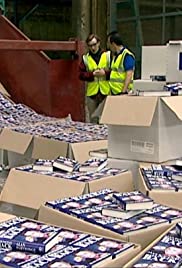 If you call being invaded, subjugated and forced into a union with a foreign power, peaceful, no wonder people like jenkins thinks the british empire was a good thing, complete and utter tw*t.

This man just seems to be trying to convince others of his own wishful thinking delusions so he can feel better about… something.
History just is what it is Simon.
Stop trying to make your cognitive dissonance everyone else’s problem.

Crikey 😱 Jenkins could give the war criminal putin lessons in how to rewrite history!

Whether through violence and coercion or through mutual agreement, any historical decision made to enter into Union was one made by the ruling classes.
It can’t have been a democratic decision made by the people, if it happened at a point in time when modern democracy did not yet exist.
You want a Union that’s valid in the 21st century, then give us a vote on it.

Wales was never the subject of an act of union. The word used was annexation in the two ‘Laws in Wales’ acts in the reign of Henry VIII. So Wales is considered to be an annexe to England; a late addition in other words. It was by these acts that, for example, the use of the Welsh language was banned in all recognised legal cases. Wales was invaded, subjugated, subjected to colonisation in its more profitable areas, and was ethnically cleansed by the English Crown. Only Scotland entered the Union voluntarily, with the Scottish Parliament voting for Union after the… Read more »

I would agree with you but for the last sentence, Gary. As someone else has said, the Union with Scotland was agreed upon amongst the elites with the Scottish Parliament voting itself out of existence upon agreeing the Treaties of Union between Scotland and England in 1707 – under Queen Anne. The ‘common Scot in the street’ had no say in the matter, and there was much rioting in the streets of Edinburgh when ‘the auld sang was sung’. What you are thinking of in relation to James VI (I of England) was the Union of Crowns in 1603, over… Read more »

Cymru was defeated by a trick, Llewelyn ap Gruffydd was killed after being led into a trap, not defeated in battle. His army was then exterminated to a man, it’s unsure how but the letter to the English king stated that the Welsh army was utterly destroyed and not a single English man was hurt. The only explanation for this was Llewelyn,s army was shown his severed he’d and persuaded to surrender, and the massacre took place then. His brother was captured and then publicity Hung, Drawn and Quartered, the first man to be executed in this barbaric manner. Is… Read more »

If we joined peacefully, tell me about the missing Saint David’s Cross on a certain flag. What a fool. All royalty stole everything from the people, that’s how they gain power and wealth, conquering is never peaceful. Only recent political unions have been peaceful.

This guy is a Guardian columnist? England is in trouble.

Wow ! A peaceful conquest ? The first ive heard of and despite my admiration for Simon this just goes against the facts evidenced in a host seminal hostory books from Oxfords Lord Morgan to the great Gwyn Alf Williams and Aros Mae’s Gwymfor ! Beyond saying more ….

So Wales “Union” with England was peaceful, lol. I’ve never heard so much revisionist crap in my life?!

I’d ask Anglophile Simon Jenkins this probing question. Would he describe the Russian annexation of Crimea and further incursion into the East of Ukraine. as the beginning of a peaceful reunification with mother Russia. If not. Shut up you ignorant fool!

SJ has been a good friend to the Welsh cause in his homeland and is certainly not ignorant or a fool. His understanding of developing local, regional and National “ home nation “ structures and support for our the language of his ancestors has made him many enemies in the anti Welsh media we still have to put up with. However when folk who are great in one world 🌍 then move to another try their hand this happens. also I think 🤔 his current views are now outstripped by the fast 💨 progress of Wales, across the cultural and… Read more »

I believe he has a house in Aberdyfi

Another Englishman telling us what our (false) history is, just because he does not like the truth!

These claims are not only lies, but they are downright offensive.

Some patronising, left-leaning unionists cannot even see their own colonial mindset!

We didn’t have a choice

Wales was conquered in 1282 by Edward I followed by an annexation under the Laws in Wales Acts 1532 and 1536 under Henry VIII. Jenkins is clearly our of his depth.