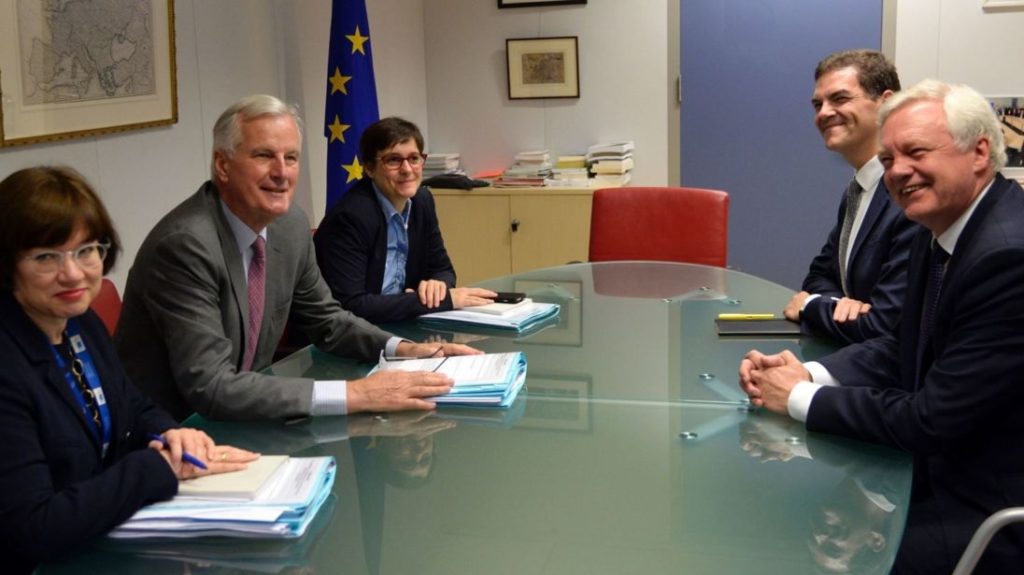 Wales will remain in the EU after the UK Government forgot to include the country in their negotiations, it was revealed today.

Michael Barnier, the EU’s chief negotiator, said that Wales was not mentioned once during last month’s crucial negotiations over the shape of the final Brexit deal.

‘They forget about Wales – it was England and London this, London that, some Ireland. So they forgot to take Wales out of the EU,” he told journalists in Brussels.

“It said in the small print at the start that any countries not explicitly mentioned will stay in the EU by default, but David Davis did not read it. He does not read things.”

The UK Government denied that they had forgotten to take Wales out of the EU, saying that any mention of England “also clearly” included the country on its western flank.

“We definitely value that country’s place inside Britain and want to defend the territorial integrity of the United Kingdom,” a spokesperson for the Department for Exiting the EU said.

“But if you look at the economic projections, and what Brexit will do to agriculture and manufacturing… whether that country exists or not, at the moment, might become a moot point following Brexit.

“So obviously we have been concentrating on more important issues such as the Rock of Gibraltar, and the Northern Ireland border… and the City of London, so… that country… what was it called again?”

The spokesperson added that Wales staying in the EU should not be a barrier to Brexit, as the border between England and Wales could see the introduction of a ‘Smart Offa’s Dyke’.

“Technology has improved since 796AD,” the spokesperson said. “We’ve gone well beyond banks of earth now.

“The extraction of goods and resources out of Wales should continue to be seamless.”