Watch: Americans answering questions on what they know about Wales? 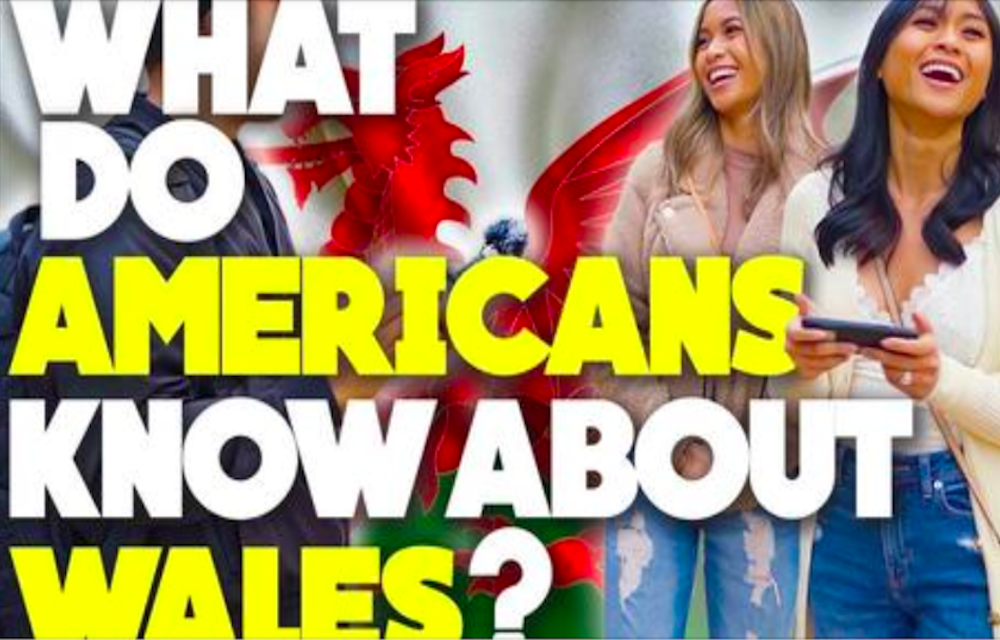 With the advent of the internet it’s fair to argue that the world has become a smaller place.

The planet has never been more interconnected.

But has that translated into making us more informed and knowledgeable about our global neighbours?

Do we necessarily know more about the many countries of the world?

One man who has been testing this theory is US vlogger James Prime.

On his YouTube channel he’s been running a feature called ‘What do Americans know?, where he quizzes his fellow countrymen and women about what they know about other countries.

One of his most successful and entertaining videos was when he asked ‘What do Americans know about Wales?’

At the start of the video James explains that he was contacted via his channel by a Welsh YouTube user called Arinlas, who implored him to: ‘Do Wales. Nobody will get anything because nobody knows we exist.’ 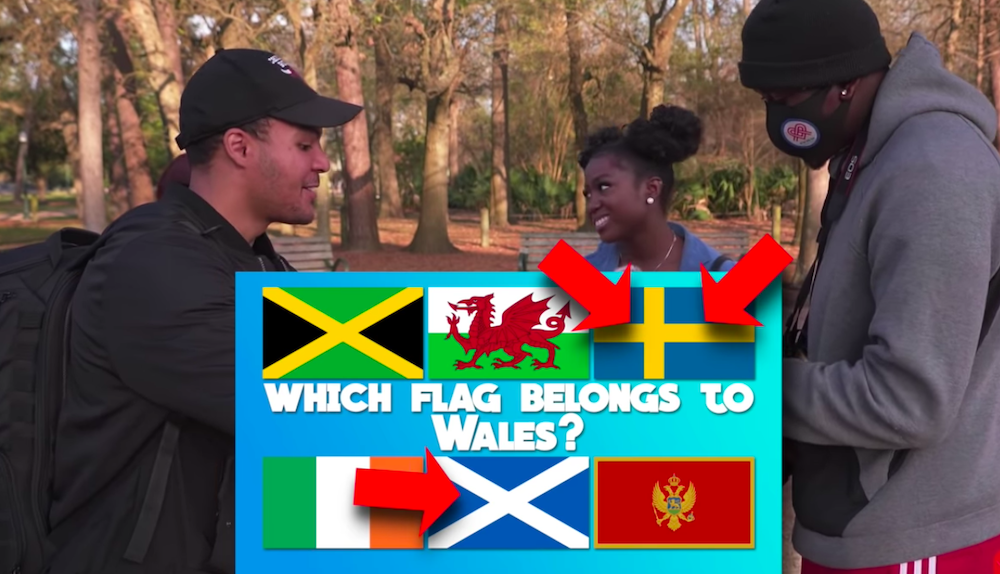 In the United States it’s said that less than half the population have passports, and the presenter himself admits he was taught nothing about Wales in school.

“Going into this video I don’t anticipate people knowing too much about Wales,” warns James “It is one of those countries that you don’t hear much about. 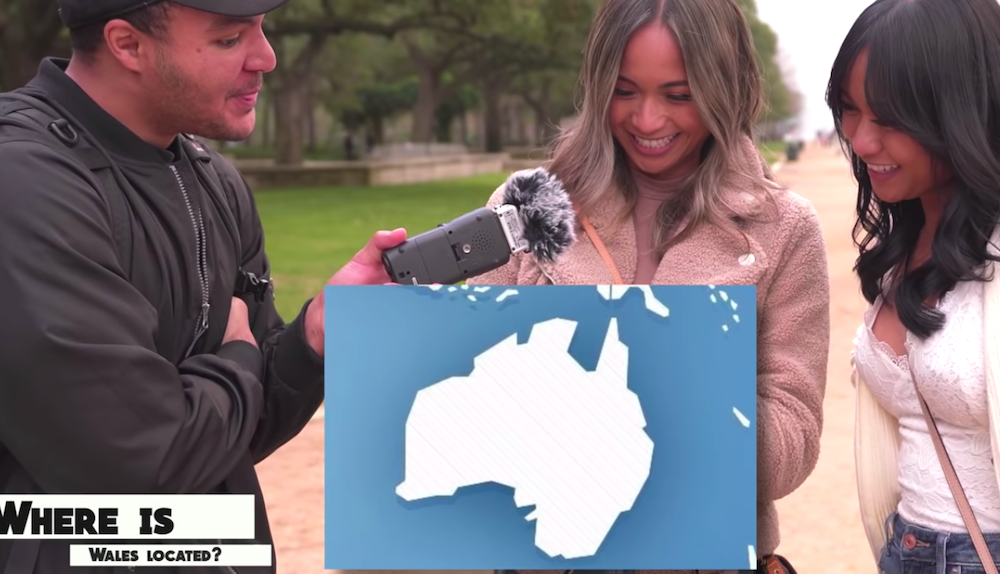 So will those brave souls who took part in the video surprise us all or reinforce those thoughts that we’re not particularly well known on the global stage?

Answering questions such as : Where is Wales located? Which flag belongs to Wales? Most common language? Capital of Wales? What currency does Wales use? What is the national animal? And how to pronounce Welsh place names, the answers are startling, surprising, hilarious, but always educational and entertaining.

Might be fun to get him to run that in England, or Better still at the Tory Autumn conference.

Great Fun 🤩- most of my USA family and friends would be hard put to name the state capitals of their own fair land let alone be a able to point out where Dakota was on a map. Indeed almost half think Donald T is or should be President 😢.

I’m Welsh live in Cardiff and that was fun to watch!

You did ok! Come and visit my homeland it really is a beautiful country!… All signs are in English and Welsh, so you will never get lost!