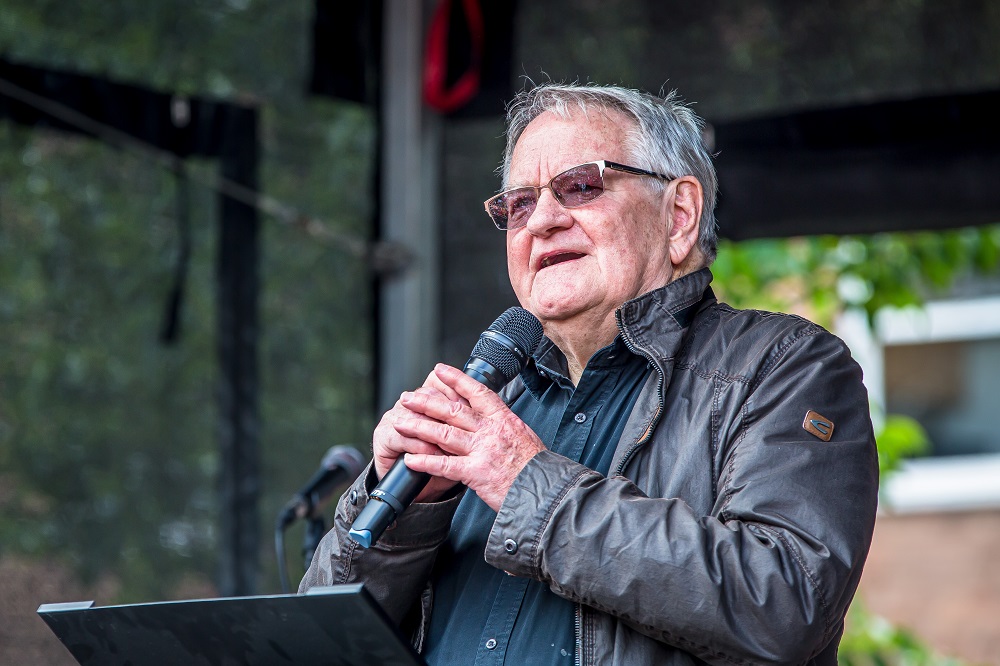 Over 8,000 attended the march, part of a full weekend of activities organised by AUOBCymru in partnership with IndyFest Wrexham and YesCymru.

As well as marching around the centre of Wrexham, those who attended listened to speakers in Llwyn Isaf, and were entertained by musicians at various venues.

This was the fourth march in a series of Marches for Independence, and the first since the easing of Covid restrictions.

Dafydd Iwan, who helped fire up Wales football fans as the team reached the World Cup finals for the first time since 1958 last month, repeated the feat in Wrexham with passionate versions of the iconic Yma o hyd and Hen wlad fy nhadau.

Yma o Hyd was sung before both the Austria and Ukraine games – and also after the World Cup Playoff Final in a special moment where Wales’ players gathered around for a rousing chorus.

Following a campaign launched by Wales fans the defiant folk anthem reached number one in the iTunes chart after a battle for the top spot with Kate Bush.

Reflecting on the passionate scenes at the Cardiff City Stadium when a nerve-jangling victory secured a spot in the finals, he also paid tribute to the Football Association of  Wales, describing the organisation as “one of the most important national institutions we have.”

He also referred to the internal rows that beset YesCymru last year, saying: “We must resist that old temptation to argue among ourselves. We must march together to create a free Wales.”

Addressing the crowd at the rally, which also featured comedian and broadcaster Tudur Owen and a video message rom Mary Lou McDonald, President of Sinn Féin, he said: “A new spirit is spreading throughout Wales, and the feeling is growing that we can do better for the people of Wales if we do it ourselves.

“That is the true meaning of Independence, not a separation, but joining all the other nations who govern themselves.

“Wales is beginning to believe in itself, and nothing can hold back a nation which has self-belief.”

It was a great buzz singing with him and the crowd. What a great day!
Ry’n ni yma o hyd ….