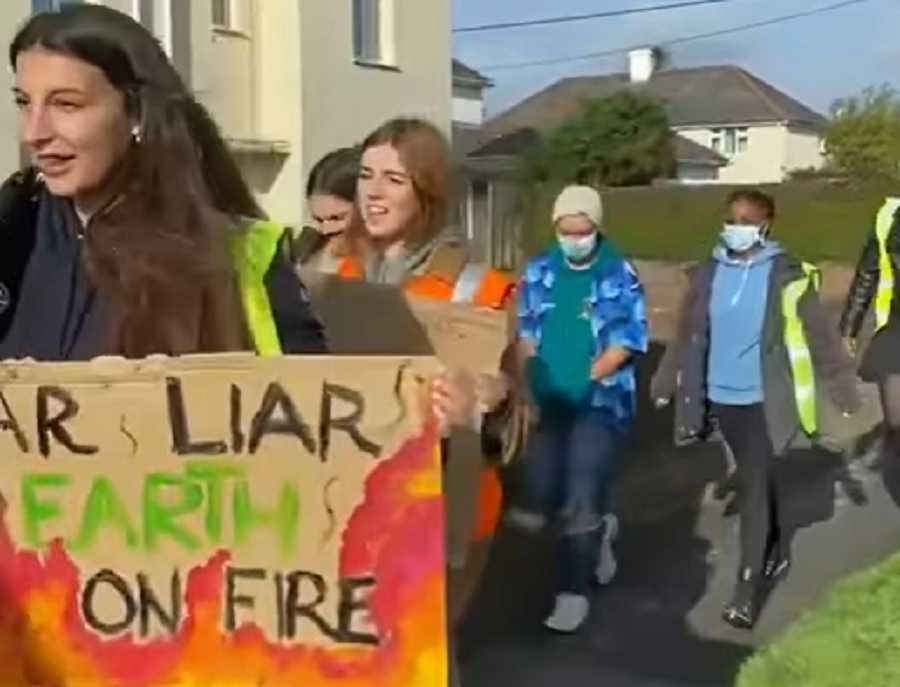 The Princess of the Netherlands has joined a climate change protest in Llantwit Major.

Princess Alexia, who is the second eldest child of the King and Queen of the Netherlands, marched through the Vale of Glamorgan town as part of the protest to call for world leaders to act following the COP26 conference.

Footage of the protest was uploaded by UWC Atlantic College since August where the 16 year old has been studying since August.

The students are heard chanting ‘What do we want?’ ‘Climate justice!’ and ‘When do we want it?’ ‘Now!’

Princess Alexia is following in the footsteps of her father King Willem-Alexander who studied in the 12th century Vale of Glamorgan castle in the 1980s.

The heir to the Spanish throne Princess Leonor, 15, is also enrolled on the International Baccalaureate diploma at the school.

So Nation approves of the Dutch Roayal family then?

I just see so many articles on the British one that are clearly there to inspire the usual “Let’s abolish these German parasites, etc”.

Point well made. Despite the apparent rejection of monarchy Welsh politicians and commentators still have a habit of wetting themselves when the chance to meet and greet one of these oddities turns up among us. The old forelock tucker instinct is hard to erase. Remember DET who went all giddy when he met the Queen. Never the same afterwards.

No. Most references to the British Monarchy on here in the comments refer the German element.

I is silly to say it is to “wind up English nationalists” because they don’t really form part of the 10 or so people who read and answer these comments.

Disagree, I know of English nationalists who get really wound up if you refer to the English monarchy as German.

And my point about the Dutch monarchy not ruling us still stands.

I didn’t see anything in the article to imply that.