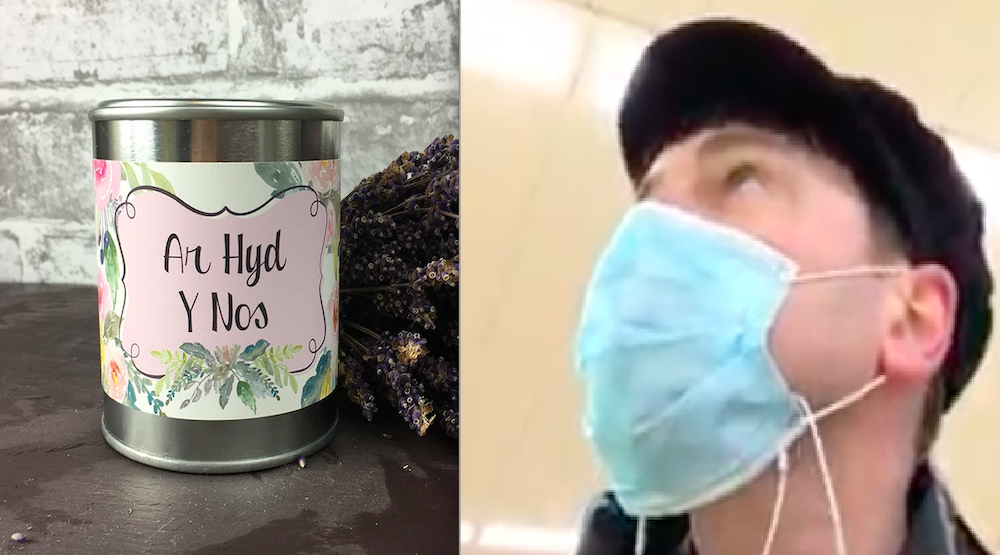 When Cardiff-born Richard Lewis walked into Sainsbury’s in Islington, the exiled Welshman, who has lived in London for more than 25 years didn’t expect to hear a song that would immediately transport him home.

The talented artist was navigating the busy crowds in the large North London supermarket with headphones in and facemask on when he was immediately distracted.

“It was cold and rainy and I was in a massive Sainsburys,” he said. “I had my headphones in listening to a podcast but could hear a Welsh choir singing.

“I took my earphones out and realised they were playing Ar Hyd Y Nos sung by a male voice choir.”

So moved was he that he posted a video of his hiraeth moment clutching his heart and wiping away an imaginary tear.

And with good reason – it was quite the emotional moment hearing the famous Welsh carol that has been covered by the likes of Bryn Terfel, Cerys Matthews and even Olivia Newton John.

“My dad died earlier this year and we played Bread Of Heaven at his funeral,” said Richard. “We chose it because he loved watching Wales play rugby.

“Those lovely old Welsh hymns really do get to you, so when I heard Ar Hyd Y Nos playing randomly in Sainsbury’s it really got to me. I love a Christmas carol and particularly that lovely old hymn.”

Richard added that any thought a member of staff was Welsh and needed some comforting sounds from their homeland, however, were quickly dispatched.

“It was obviously a Christmas compilation as Mariah Carey came on next,” he laughed.

There are many London born Anglo-Welsh such as my grandfather who grew up in a Welsh speaking household in Ilford and my father who is self-taught.

I lived in London for a number of years and occasionally would visit London Welsh RFC and hear Welshmen singing about home. I couldn’t cope with people singing about how much they loved Wales and not being there. Needless to say I left London and returned home as soon as possible.