The Welsh and Scottish governments have demanded urgent talks with the Home Office about the UK’s asylum policy.

In a wide ranging letter, The Welsh Government’s Minister for Social Justice Jane Hutt, and Scottish Social Justice Secretary Shona Robison have written to the Home Office have expressed significant concerns with the Nationality and Borders Bill.

They have also asked for discussions to help prevent further loss of life in the English Channel.

The International Organisation for Migration report that 166 people have been recorded as dead or missing since 2014 after undertaking the dangerous journey across the Channel, including 27 who perished in November.

The letter states: “The UK Government must reconsider its hostile environment strategy and, vitally, develop sufficient safe and legal routes for asylum seekers to claim asylum from outside the UK, negating the need for perilous journeys and disrupting the business model of people smugglers.”

It also says: “We write jointly following the tragedy which occurred in the English Channel on 24 November, where 27 people lost their lives seeking to cross to the UK.

“Whilst this is the biggest loss of life in one incident this year we know that there are numerous reports of other individual deaths, with the International Organisation for Migration, reporting that 166 people have been recorded as dead or missing after undertaking this perilous journey since 2014.

“Our three Governments agree that we must ensure people do not attempt to make the English Channel crossing by small boats and that the influence of people smugglers must be curtailed.

“However, we do not believe that increased marine or beach patrols, diversion, criminalisation, changes to legal status or reduced support to those who arrive in the UK, that the UK Government proposes will solve this issue.

“We therefore want to offer to work together constructively with you on proposals which can seek to end any further tragic waste of human life and ensure a humanitarian solution and seek an urgent meeting to fully discuss.”

“Although we understand that you have different policy intentions to our Governments, we also believe the current provisions will have a counter-productive effect in achieving the aims you have outlined. People seeking asylum should be accommodated within communities and have access to the support and services they need to rebuild their lives.

“Our officials and ministers have repeatedly sought engagement on the matters raised in the Nationality and Borders Bill, the impact that they will have in our nations and the possible need for legislative consent.

“This includes key considerations on issues relating to unaccompanied asylum seeking children and human trafficking but meaningful engagement on these matters has not been forthcoming.

“Welsh Ministers have now decided that a Legislative Consent Memorandum will be required to be laid at Senedd Cymru in relation to the age assessment clauses in the Bill, whilst Scottish Ministers still require urgent clarity from the Home Office to ascertain whether similar legislative competence issues need to be addressed in Scotland.”

Good this new policy is still far too soft

I have a photo of a man holding up a St George’s cross flag that has the words “Refugees NOT welcome” printed on it. I won’t post it because, frankly, it’s just ugly. 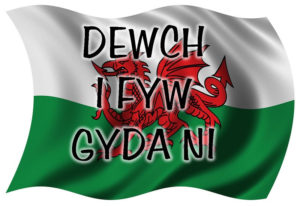