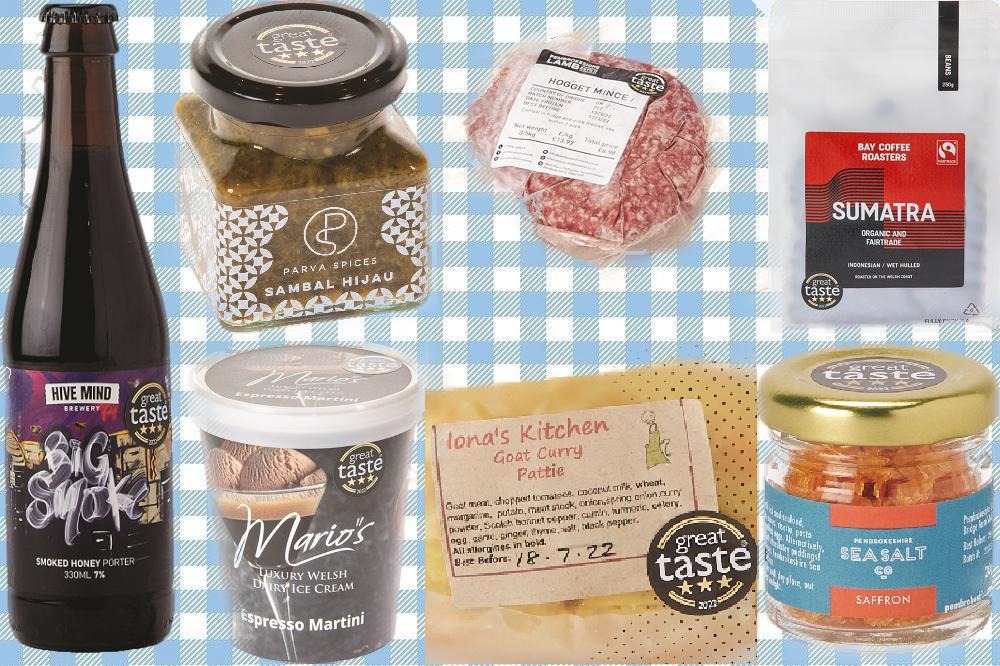 Welsh food and drink companies are celebrating a bumper haul of gongs as this year’s Great Taste 2022 award winners were announced.

Regarded as the most coveted food and drink awards in the world, a remarkable 182 Welsh products, ranging from small independent artisan producers to large scale distributors, were recognised this year.

In all, 129 Welsh products achieved 1-star ratings, 46 gained 2-stars and seven earned the gold stamp of approval with 3-stars.

The seven Welsh products that have this year been recognised as 3-star “extraordinarily tasty foods” status are:

Congratulating the winning producers, Welsh Government Minister for Rural Affairs and North Wales, and Trefnydd, Lesley Griffiths, said: “I am pleased at the number of awards which have been deservedly won by Welsh food and drink producers at the Great Taste 2022 Awards.

“We have some of the best food a drink products in the world and it is great to see the commitment and hard work of businesses being recognised by the judges from the much respected Guild of Fine Food.

“A huge congratulations to all of our Welsh companies on their achievements in this year’s Awards and the Welsh Government will continue to support the sector and help it thrive into the future.”

Great Taste, organised by the Guild of Fine Food, is the world’s largest accreditation scheme that tests both food and drink.

The awards have been running since 1994 and the products are blind-tasted by selected chefs, cooks, buyers, retailers, restaurateurs, food critics and writers.

John Farrand, managing director at the Guild of Fine Food comments: “The standard of Welsh entries has been outstanding again in 2022. We are seeing products of high quality, innovation and creativity.

“I was extremely impressed to see that many of the entries have come from businesses which started trading in the last year or two, these are companies who incorporated in the middle of the most challenging period in economic and social history. And they’re thriving.

“It isn’t easy doing what these producers do, neither for the start-ups nor the established businesses. Growing a business and a brand in the food industry has so many variables to consider from standards, to policies, learning to sell and market your products, and that’s before you think about aiming for excellence in the taste and flavour of your products. I have the utmost admiration for them all.”

The three nominees for the regional title of ‘Golden Fork from Wales’ include Mario’s Luxury Dairy Ice Cream for their Espresso Martini Ice Cream; Tasty Bites @ Ionas Kitchen for their Curried Goat Patti and Bay Coffee Roasters for their Indonesian Sumatran Fairtrade Organic.

The winner will be announced on Monday 5 September 2022.

Well done to all the Welsh fine food producers but regretfully most of these will be far out of reach for most pockets within Wales with the rising cost of living , Brexit has damaged UK food security to a level unseen since WW2, Ms Griffths needs to address why so much food is produced here yet does not appear readily available in our shops for local comsumption.