A Welsh Government report detailing a reasonable worst-case scenario for the Covid-19 pandemic in Wales shows the number of hospital admissions peaking around Christmas.

The report shows the number of infections, hospital admissions and deaths estimated to occur for Wales between 1st July 2020 and 31st March 2021.

The reasonable worst case is not what will necessarily happen, it is what could happen, and is prepared in order to help the government prepare and respond in a range of different scenarios.

The graph of hospital admissions shows the next peak to occur between December 2020 and January 2021: 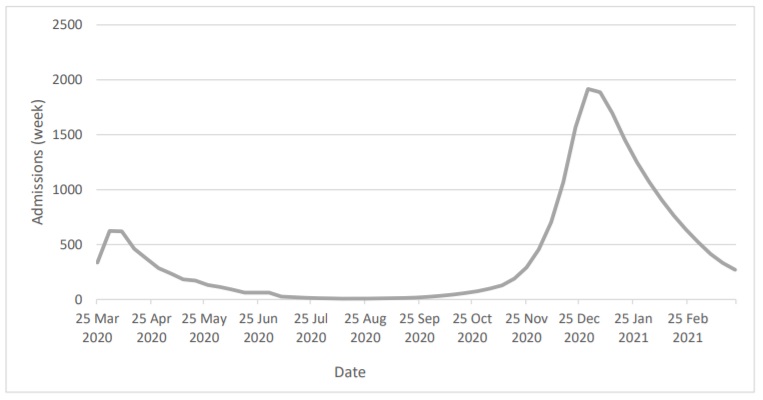 The Welsh Government chose a scenario created by Swansea University, for reasons including:

“As we move into Winter, infected people may be more likely to assume their symptoms are caused by another illness, such as the flu,” the report says.

“This means they may be less likely to report symptoms and there may be diagnostic uncertainty and additional pressures on the health system.”

A higher proportion of infections may be in harder to reach groups, such as people from Black, Asian and Minority Ethnic (BAME) communities, the report says.

However, the overall change in infection numbers is not expected be as high, thanks to the steps taken to reduce infection risk, natural caution amongst the population, and increased testing.