The Welsh Secretary has urged people to remain “calm” amid the turmoil sparked by the Government’s mini-budget announcement.

Chancellor Kwasi Kwarteng’s economic policies have attracted fierce criticism, most notably from the International Monetary Fund, and the Bank of England have had to intervene to steady a part of the financial markets.

However, Welsh Secretary Robert Buckland stood by Mr Kwarteng’s plans during an interview with ITV Wales on Wednesday.

He told the Wales At Six programme that aspects of the budget were “vital for the lives of every business and indeed every family”.

Questioned over the pound’s fall in value, food cost inflation and soaring interest rates which have affected the housing market, Mr Buckland said: “I do think it’s very important that we remain very steady and calm through this period.

“The issue for me is how we grow our economy in order to pay for increased public services.

“The only way that we’re going to long term sustain our important public services in Wales and elsewhere is to grow our economy, and the Government is trying to make sure that as many obstacles are removed in order to allow for that higher growth to take place.

“That will be good for all of the billions at risk.”

He added: “I think the mini budget has actually got a huge amount of detail in there that is vital for the lives of every business and indeed every family in Wales.

“The energy announcements that we made just before the budget will have a direct impact upon mitigating some of the alarming rises in energy prices that we are all too painfully aware of.”

Robert Buckland, who is the MP for Swindon South, said changes to national insurance would “benefit many lower paid workers” and that other tax measures would be “important for small businesses”.

And he said the budget is a “wide range of initiatives that do reach into the lives of ordinary people”.

The Institute for Fiscal Studies said on Friday that the Chancellor’s package would risk rising inflation and higher interest rates, with director Paul Johnson saying: “Mr Kwarteng is not just gambling on a new strategy, he is betting the house.”

Since then sterling has tumbled and the Bank of England has had to buy £65 billion worth of government bonds – known as gilts – after the Government’s economic policies sparked a sell-off in the market that could harm pension pots.

Labour leader Sir Keir Starmer called for the recall of Parliament to address the financial crisis, and accused the Tories of being the party of “fiscal irresponsibility”.

But Mr Buckland told presenter Jonathan Hill that now was the time for the Conservatives to be “bold”.

“What we’re having to do now with an unprecedented energy crisis is to take that short-term action that will of course have to be repaid over the long term, but coupled with those reforms that will make a long-term difference to the economy,” he said.

“That’s what I think people would expect us to do.

“I think now is not the time for us to be timid when it comes to our intervention into the energy market.

“It’s an important moment to be bold, and that’s what we’re doing.”

I can’t decide whether the word “dunce” or the word “fool” fits this creature…so I shall have to suspend my comment for the time being.

They fear mass civil unrest. They won’t get that out of us Welsh, as we are the most well behaved of any people in these islands, to the point of reveling in our own destruction as a nation. However, what is remarkable about the new Chancellor’s budget and the possible ensuing unrest, is that it may wreck the Tories’ reputation as ‘custodians of the economy’ for a considerable time. People on the far left have been looking out for a catastrophe that will bring about socialism, but who could have guessed that it would be brought about by Tory incompetence… Read more » 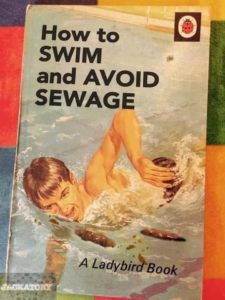 We learnt that in Abermaw harbour 60 years ago…know where the end of the pipe is, check which way the tide is going, keep your mouth shut and your eyes open, and be ready to dive dive dive…

For God’s sake Buckland go.
Wales does not need or want you in our Country

Remain calm says Robert Buckland. Is this man for real? The pound spiralling southwards. Mortgages going through the roof. Food prices rising in the shops. Families worrying whether to eat or heat their homes this winter. Typical clueless Tory. On another planet entirely. And like a stain he’s on Uranus. 🤬

Quote: “Mortgages going through the roof. Food prices rising in the shops. Families worrying whether to eat or heat their homes this winter.” What would Buckland and his Tory friends know about any of that? They probably have a clause in their contracts that says politicians are exempt from any hardship.

Another Brexanon believer…keep him away from matches and sharp objects…

Wow, I feel so relieved thanks to this twerp.

Everything is O.K then if Mr Buckland says so. Yet another arrogant pig who just thinks we’re all effin’ stupid.

He looks more like Private Francois every time he pops up…

‘Remain calm and carry on’ just like we’ve always been told to do. Ignore getting poorer. He’ll be ok on his salary – he’ll not suffer. So it’s alright for him to say remain calm he’ll not be bothed by some products going up by 30p in supermarkets. (That took me by surprise!). Most of these politicians haven’t a clue how people are hurting.

All Tory governments do is borrow money that the poor will have to pay back for years so that it can be given to the present day rich.
not like Robin Hood
more like robbing basxxxxx.