A Welsh Tory Lord has suggested that a new royal yacht would be “invaluable”.

Byron Davies, who sits in the unelected House of Lords, believes such a vessel, which has been given a price tag of £283m, would help with “promoting Britain in the world”.

The former MP, who is President of the Welsh Conservatives, made the suggestion in a debate about replacing the Royal Yacht Britannia, which was scrapped in 1997.

This is despite reports that senior members of the Royal Family won’t use the yacht for holidays after a row about the huge price tag.

According to a source close to the royal household the Prince of Wales and the Duke of Cambridge have no interest in what Downing Street is calling a “national flagship” to replace the Royal Yacht Britannia, which was scrapped in 1997.

The UK Government’s Chancellor, Rishi Sunak, is reportedly reluctant to pay for the project.

Lord Davies of Gower said: “My Lords, when such captains of industry as the successful business luminary, the late Sir Donald Gosling—who reportedly bequeathed some £50 million to the replacement of the royal yacht ‘Britannia’—see the sense in promoting Britain in the world, particularly as we seek new trading partners, does the Minister agree that the benefits of such a vessel will be invaluable?”

Baroness Goldie replied: “The case for the new national flagship is not just well made, it is self-evident. It reflects the determination of this Government to do everything we can to boost investment in the UK economy, to create more jobs in the United Kingdom and to ensure that we have a facilitator in the form of this new flagship to engage meaningfully with global partners.”

‘No one wants it’

A source close to the royal household told The Sunday Times: “No one wants this vessel at the palace.

“Will they go on board to promote trade if they’re in the area? Of course. But you won’t get them taking it up to the west coast of Scotland like the Duke of Edinburgh used to.”

Snivelling tory from another world.

To who? Not the taxpayer that’s for damn sure. Plus, how slow are ships compared to anything else? Those lazy over privileged pigs may as well walk.

What an absolute pillock. Yet another idiot Tory living in a parallel universe to that which REAL people live in. T&*T.

Well we certainly could not be worse served. Our Leader has more common sense and sense of responsibility than the whole Tory pack put together!

Invaluable to whom exactly? The Queen does not approve, I am guessing the only one who wants this is the Tory Party. So they can swan around the World in luxury whilst many, especially children grow cold and hungry . Disgusted is understating their warped values!

the last one was commissioned just after WW2 and delivered in 1954. This was at a time when intercontinental air travel was in its infancy and Britain still had an empire. It was needed then, it isn’t now. The ship was incredible value lasting for over 40 years – that’s roughly the same age the Intercity 125s were when they were replaced. Both lasted longer than your average jumbo jet FYI. Britannia was an incredible ship – that yes the Royals used for holidays, but it was also a diplomatic and trading asset – that function is now fulfilled (or… Read more »

This unelected blood sucker, not satisfied with taking tax payers money as a lord, now want us to fork out millions, on something the intended users, the royals, have no interest in using. If he is so sure it will be worth the money, why does he not pay for it himself, although it would be our money he would be using.

This is also the same Lord Davies that was involved with A Cairns in the rape trial collapse, where he failed to apologise when the case collapsed involving the Tory party, and what they knew about the case and the involvement of the Tory party. Blood sucker.

As the leader of the Tory party in Wales Byron Davies knew what was going on in the rape trial, yet when it collapsed he refused a request to apologise following A Cairns resignation who himself refused to apologise.
https://www.google.com/url?sa=t&source=web&rct=j&url=https://www.walesonline.co.uk/news/politics/alun-cairns-rape-ross-england-17226437&ved=2ahUKEwjL6r_U-eP0AhVylFwKHUttDwEQFnoECAcQAQ&usg=AOvVaw3teS2Qcu7dsXOxk7PbLJyp

Byron Davies voted for benefit sanctions that affected the poorest in society while himself claiming over £300 per day allowance that also included subsidised restaurant and travel expenses paid by the taxpayer. He is indeed a blood sucker

Great to see Byron has his finger on the major priorities of the nation.

There won’t be a ‘UK’ to promote before long, perhaps they can commission a Royal pedalo for Bozo to have a state visit to Peppa Pig World 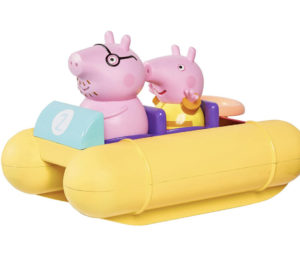 Beyond belief! Is this man serious?

Tory sycophant Byron Davies was a abject failure as an MP for the Gower constituency, and his brown nosed wish to see another royal yacht built even though there are thousands suffering benefit sanctions, homelessness is rife , and hundreds are dying of Covid makes my blood boil. His priorities are twisted as is he.

We presently have about twice as many admirals as ships in our navy. We have an air force that cannot afford fuel to fly and an army with no adequate transport for the ever fewer frontline troops and this bunch want a royal yacht?

There must be something in that heavily subsisidised port we pay for in that club of theirs.

A royal yacht to show how ‘Great’ Britain , perhaps it be disneyfied and have animateonic tableux to show the world what Britain really is , with an interactive food bank attraction showing how despite spaffing millions on a ‘royal’ yacht, many parts of british people now have to rely on charity to survive.
and of course due to Barnett consequentials England has the posh cabins, Scotland gets a bench on the stern and Wales would a share of a deckchair