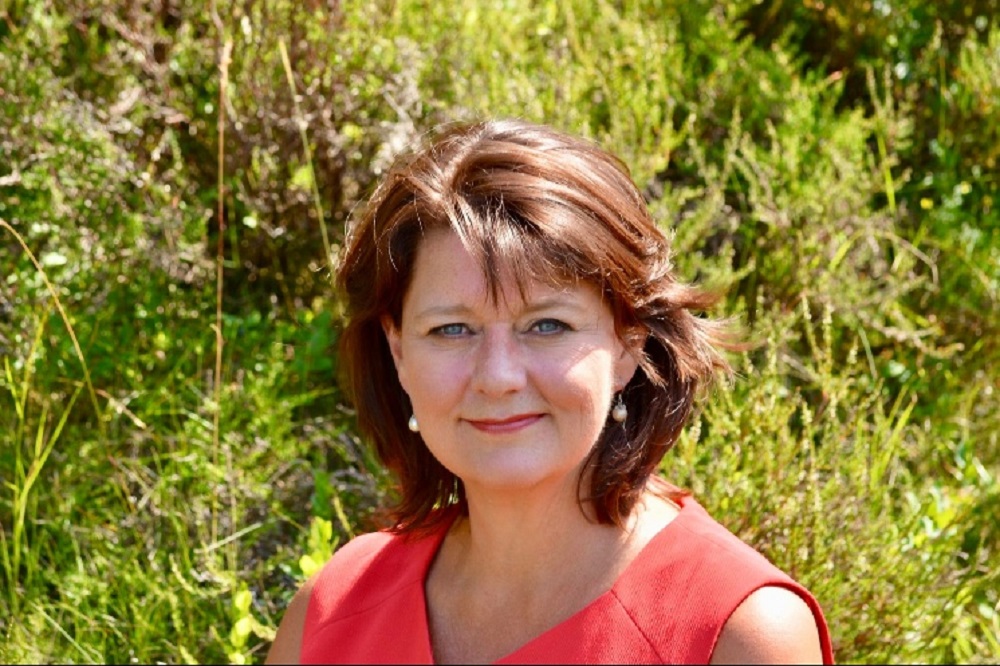 Leanne Wood has confirmed that Plaid Cymru would look for alternatives to nuclear power if she wins the party’s current leadership campaign.

The move comes after Japanese news reports indicate a key investor is pulling out of the financially blighted Wylfa B project on Ynys Môn. The Plaid Cymru Leader warned it was “dangerous” for future economic aspirations in the area to be dependent on a project that “requires ever-growing pledges of Westminster government funding” and the changing whims of large global corporations.

Last week, Wood attended a public campaign meeting at Porthaethwy, Ynys Môn, where she stated that Plaid Cymru policy had always been anti-nuclear, but that concerns over local jobs had led the party to adopt a “compromise position”. She said that this needed to change, announcing that the party would hold a “full review of our energy policies” if she is re-elected.

She said that Plaid Cymru’s position no longer reflected the reality on the ground in the area, citing concerns over the estimated 3,000 rental housing units that will be required – according to Horizon’s own estimates – for the building phase of the Wylfa Newydd project.

“Nuclear power has been a difficult issue for Plaid Cymru. We are opposed to nuclear power but have been forced to weigh concerns against the need to attract well-paid jobs to our rural areas. These concerns have created a compromise position of not opposing the replacement of existing nuclear plants. This has pitched people with concerns about the language and environment against each other.

“Even if the Wylfa B project does manage to get the financial backing it needs – which looks more unlikely by the day – there is growing concern from Ynys Môn residents that the construction phase will require an influx of workers from outside. Intolerable strain will be put on local infrastructure, housing and services. It is impossible to see how the ‘jobs for local people’ argument is still valid in 2018.

“Ynys Môn is home to some very exciting renewable energy schemes. Wales as a whole has the potential to be a world-leader in developing safe and clean new energy technologies. I want to make the most of our engineering talents and university research facilities to allow these innovative schemes to blossom and create sustainable, long-term work for our communities.

“If re-elected leader, I will carry out a full review of our energy policies and commission a study into the possible negative effects nuclear project could have on the future of housing, the local economy and the Welsh language in Ynys Môn and also in neighbouring Gwynedd.

“The canning of the Tidal Lagoon by Westminster, whilst they push on with Wylfa at seemingly any cost epitomises Wales’s problem. A free Wales’s future is not based on nuclear. We must have control over our own natural resources so that we can have a Green future, instead of being entangled in Westminster’s white elephants.”