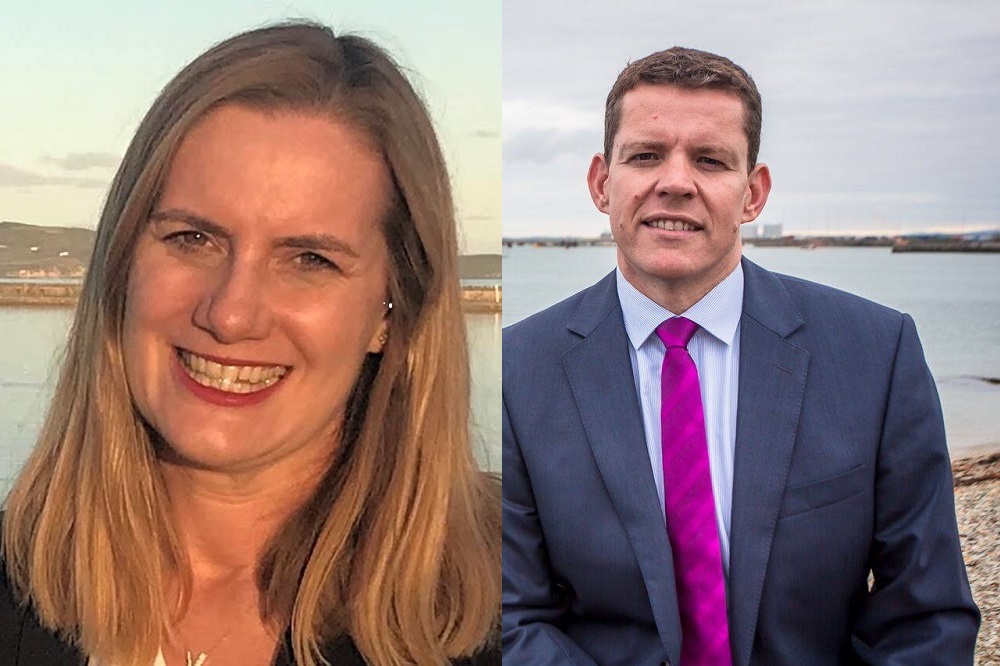 A North Wales MP who quit the government was accused of being “too late” at jumping on the “resignation bandwagon”. Virginia Crosbie who represents Ynys Môn stepped down from her role as parliamentary private secretary at the Welsh Office last night.

She is one of many to leave Boris Johnson’s tenure as Prime Minister hanging by a thread today. Plaid Cymru Member of the Senedd, Rhun ap Iorwerth, hit out at Mrs Crosbie for doing too little too late.

He said: “It is clear that the end has come for Boris Johnson.

“It’s understandable that more and more Conservative MPs are jumping on the resignation bandwagon to try to distance themselves from his lies and deceit, but voters everywhere know that in turning a blind eye for the sake of their own careers, those MPs have been complicit in allowing his scandalous leadership to continue.

He added: “The time to make a moral stand had long gone.”

Ms Crosbie is one of a number of Tories to withdraw their support for the PM. Rishi Sunak resigned as chancellor and Sajid Javid resigned as health secretary last night and many more quit today.

The avalanche was triggered by Mr Johnson’s handling of the row over scandal-hit former deputy chief whip Chris Pincher who is being investigated by police over allegations of sexual assault.

Ms Crosbie last night resigned saying Mr Johnson “can’t be trusted to tell truth”. In a letter to the Prime Minister she said his position was becoming “untenable” and he risked “irrevocably harming this government and the Conservative Party” if he remained in post”.

But the Ynys Môn Labour Party refused to give Mrs Crosbie any support for her decision saying the island’s residents “deserved better.” Jessica Madge, for Labour, said locals had “got their message through loud and clear,” to the island’s MP.

She added: “Ms Crosbie has been one of Boris Johnsons most loyal and enthusiastic supporters.

“Her loyalty has been repeatedly demonstrated despite a series of prime ministerial scandals, from Owen Patterson to Partygate and excessive personal expenditure on a luxury refurbishment of the Downing Street flat.

“It is clear from her resignation letter that she has been deluged with mail from angry constituents on these subjects along with the latest scandal which is all of the prime minister’s own making.

“She has obviously realised that her future as an MP and a successful parliamentarian is now under threat .

“The people of Ynys Môn have got their message through to her loud and clear. We deserve a better PM, a better government and an MP whose primary loyalty is to her constituency not her party leader.”

Good riddance to Crosbiie, but astonishing to read that there is only one resident on the island.

The rest must be second homes ??

At least she’s gone, unlike the spineless fay Jones, who is still backing the fascistic government in Westminster

She knows the writing’s on the wall. Atomic Kitten. More like a wet rat fleeing a sinking ship.

By the way did anyone hear Steven Crabb ask Fat Shanks a single question about Shanks’ treatment of Wales in his 6 minutes of fame in the bear-pit today?

No of course not…

Sir Benfro remember that when he next asks for your vote…

Fat Shanks giveth and Fat Shanks shall take them with him…