Don’t pretend political PR is journalism: The National Assembly for Wales and the independence of our news 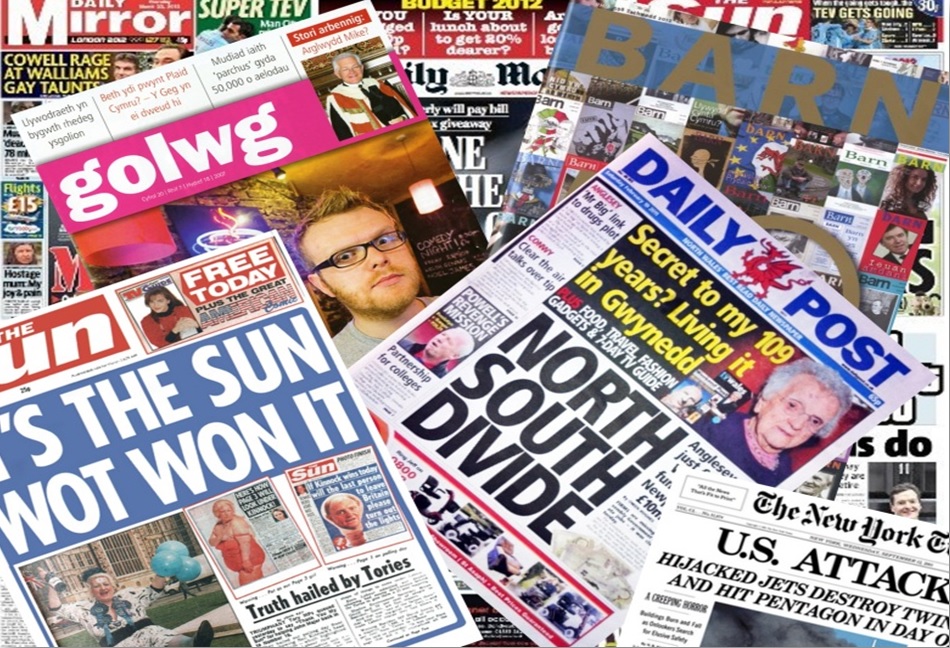 When it comes to public communication about politics, Wales has issues.

We have a weakened commercial regional news sector which, compared with past performance, is less able to play traditional democratic roles, especially around information provision and scrutiny.

The National Assembly for Wales acknowledges this, and has long sought to address what’s widely seen as a media-related “democratic deficit”.

Its most recent intervention came this June, when its Digital News and Information Taskforce published a report, called Creating a Digital Dialogue, about how the Assembly itself might act to communicate what it does, and engage with Welsh citizens and news media more effectively.

Important bits of the report were also trailed by the chair of the taskforce, Cardiff University Professor (and former AM, Minister, and public affairs professional) Leighton Andrews, in an article here.

Most of its observations and proposals for improving Assembly communications are useful and welcome. The Assembly does a lot of important work, for instance, when consulting with experts in all areas of Welsh politics and society through its committees.

Harnessing all of this stuff to better engage with networked citizens in the digital public sphere can only be a good thing.

“We think the Assembly should lead the way and establish an integrated content service to engage directly with the people of Wales. Headed by an experienced, impartial editor we suggest establishing a small team of journalists focused on producing content about the stories coming out of the Assembly, packaged in a way that is suitable for digital platforms.” (Creating Digital Dialogue, p.49, my emphasis)

This is where those who value the role of an independent press as an agent of democracy might get uneasy.

There is, of course, nothing wrong with arguing for increased, more innovative, better-planned, and more-targeted, communications from the Assembly.

It currently has a pretty small PR team and, while it’s broadened its influence and connected with Welsh publics in new ways since the rise of digital media, it’s probably also been hampered by a lack of human resources (especially when compared with the comms clout of the Welsh Government).

But, and this is a big “but”, to frame potential solutions in terms of the Assembly providing its own “news”, written by its own “journalists”, overseen by “impartial editors”, strays onto dangerous ground.

Leighton Andrews pre-empts worries about the independence of such a team by arguing that it would not be a “’government’ mouthpiece”. And, in part, he’s right. The Assembly is not the Welsh Government, and its functions do include scrutiny and accountability.

But the Assembly is still a state governance body, and it’s a stretch to argue that communications professionals employed by such a body can ever legitimately be called “journalists”.

Even independent public service broadcasters such as the BBC, which have complex and long-standing mechanisms to preserve independence from government and state, have to deal with frequent and mounting critiques about independence, and perceived (or actual) bias.

Journalism is, and should be, by definition and necessity, independent from the state. Where state funding is provided (as with public service broadcasting, or subsidies to Welsh language news) serious and clear mechanisms need to be in place to preserve independence.

The report doesn’t address this need, and I can’t really imagine any mechanism that could adequately preserve the editorial independence of a team which reports to civil servants and a politician (albeit an unusually independent one in the form of the Presiding Officer, who currently has responsibility for overseeing Assembly PR).

Journalism in Wales, especially commercial journalism, is declining at an unprecedented rate. In the last three decades Welsh communities and newsrooms have lost many hundreds (and possibly thousands) of editorial staff, and this has accelerated in the last decade.

News has become less plural, less locally-focused, less independent, and more reliant on public relations “information subsidies” such as press releases. As the report points out, the shrinkage and withdrawal of professional journalism means that coverage of local and national government has been hit hard.

It’s entirely legitimate for the Welsh Assembly to react to such trends by aiming to expand its media-facing and direct-to-public communications. It’s understandable that it would seek to take advantage of a weakened news media by producing more interesting and engaging multi-media content for re-use or re-purposing by hard-pressed and over-worked Welsh journalists.

And it’s also logical for it to produce stuff which is more “journalistic” in form to communicate with publics in unmediated ways, bypassing diminished legacy commercial news publishers entirely.

The Assembly’s existing comms professionals are widely (and correctly) seen as playing political public relations roles (they work in what’s currently officially called the “Press Office”). To re-badge existing or future Assembly PR professionals as “journalists” working under an “impartial editor” seems like a real strategic mistake, for two reasons:

Firstly, it may well further devalue the perceived independence and reputation of real journalists at a time when the news industry is facing serious pressures.

Secondly, it risks (legitimately) being interpreted as a borderline deceptive political re-branding exercise, an act of spin that might end up damaging, rather than strengthening, public trust in the National Assembly itself.

Declaration of interest: I work closely with one of the task force members, Emma Meese, as part of the steering group team behind Cardiff University’s Centre for Community Journalism. The work of the centre is cited and referenced in the report. More broadly, I know, admire, and respect the work of many of other members, so this is offered in the spirit of genuine critical friendship.

Andy Williams is an academic at Cardiff University’s School of Journalism, Media and Cultural Studies where he researches and teaches about the Welsh news media, as well as the relationships between news media and the public relations industry.

There is nothing wrong in principle with the assembly “engaging directly with the people of Wales”. After all the brief of assembly members is to hold the Government to account. Unfortunately assembly members are not sufficiently forthcoming in holding the Government to account. There seems a fear of rocking the boat to say the least. Even the BBC is questioning why there is not more of an opposition by the AM’s in the assembly. As one of their correspondents talking about Wales HNS says. “But the comparisons with England will, yet again, make uncomfortable reading for those in the current… Read more »

The Assembly should not employ journalists, full stop. The model should be that of Golwg or golwg360, where independent companies bid for funding (preferably long term to allow stability) for independent media outlets. Anything else will only be see, as Andy outlines, as propaganda dressed up as journalism.

If the National Assembly wants to see better and more coverage – which I applaud – then the budget could be allocated to truly independent media outlets (dare I say it Nation.Cymru or any other existing national media organisation – some mentioned above) to carry out the activity on behalf of the Senedd with no perceived or real editorial bias.

Marc – I think they should be free to employ who they like (i.e. including people with backgrounds in journalism), I just reckon that as soon as they’re employed by the state the journalists stop being journalists, and become political PR officials. Calling the journalists just doesn’t make sense to me.

Politicians don’t like to be ignored. Beyond a few hacks, bloggers, journalist and trolls, I think the majority of the electorate in any representative democracy take the view expressed by the now famous “Brenda of Bristol” that we elect people to do public service on our behalf, then expect them to get on with the job until the next election -in 4 or 5 years’ time. The truth about most of the issues facing Wales and the world is their immense complexity. Let’s take “engagement” with the public on what should be done health and social care as an example.… Read more »