Do Corbyn’s supporters know Labour are in power in Wales?

Why don’t Momentum and Jeremy Corbyn put pressure on Labour to implement their policies in Wales, where they’re actually in power?

Almost weekly, we see Labour call for one thing at an UK level and do something different in Wales.

This week it’s been the turn of tuition fees. Don’t raise them in England, cries Jeremy Corbyn, while Welsh Labour got busy doing so in Wales.

I did a quick content analysis on Twitter to find out how often Corbyn and his followers mention Wales. It turned out to be very quick because there was so little to work with.

Jeremy Corbyn had only ever mentioned Wales 15 times. Apart from one rather ambiguous tweet about the NHS I couldn’t find any mention of the fact that Labour are in power here.

Momentum had only mentioned Wales twice, and both in the context of campaigning for Jeremy Corbyn’s leadership.

This strikes me as odd, because you would think that an insurgent movement committed to creating a socialist utopia via the Labour party would want to start off where the party is already in power.

They already control the NHS and education in Wales – two subjects Momentum campaign hard on.

There are four possible explanations here:

The first is that UK Labour are respecting Welsh Labour’s independence. Fair enough, but I don’t think that’s the case.

Compare Wales with Scotland, about which Jeremy Corbyn tweets frequently – often attacking the SNP and promising that Labour would do things differently.

And there are thousands of Momentum members in Wales. Surely, they would have something to say about how Labour is running their own country?

The second explanation is that they don’t actually realise they’re in power in Wales, or at least, what powers they have.

This is perfectly possible in the case of many grassroots Labour supporters. I see many friends who live in Wales sharing Momentum, Canary and AAV Facebook posts about the NHS and education.

They seem mostly oblivious to the fact that:

Of course, Labour themselves know they’re in power in Wales, and so, presumably, do Momentum.

The third explanation, therefore, is that having a Labour government in Wales is actually pretty inconvenient, because their record on the NHS and education is worse than both the SNP and the Conservatives.

But I don’t quite buy this either. Momentum has not held back from criticising elements within the rest of the Labour party, so why not criticise Welsh Labour as well?

After all, aren’t they just another Blairite hold out waiting to be purged? Isn’t their centrist ideology why they’ve failed in Wales? There’s an argument there if they would care to look for it.

Alas, no. I suspect that at the end of the day the truth is explanation number four: that campaigning for a socialist utopia is just more fun than actually being in power and making it happen.

Just like Trump’s MAGA supporters have had to lower their ambitions from building a wall to renovating an old fence, I suspect that the day Jeremy Corbyn actually becomes PM is the day the fun will stop for many Momentum members.

It’s a shame Momentum won’t engage with Welsh Labour. Their energetic brand of campaigning and huge social media following could actually do a lot to raise awareness of Wales’ Labour government and hold them to account.

They could reinvigorate a very stagnant Welsh politics.

So please, Momentum, see here: your days of wandering the desert are over. I have found your promised land! A land where 50% of the population support Labour, whatever they do.

You don’t even have to wait until the General Election. You can start right now!

What’s that? You’re too busy trying to make a funny meme about Jacob Rees-Mogg go viral? Ok then, let me know when you’re finished.

Perhaps they have come to an agreement with Carwyn and his crew! We’ll leave you alone if you leave us alone. Welsh Labour were particularly unhelpful to Corbyn and co in the early days of the General Election campaign. The First Minister always come across as bolshy and gung-ho. a case of “We are Labour and we are Wales. We have been ensconced in power since 1999”. I think it’s a case of ‘Come on make my day’ from Welsh Labour and Corbyn and Momentum are not minded to do that.

IMJ -That’s a good question to ask of UK Labour and Momentum, but don’t agitate their interest or we could end up with even more daft spending patterns long on bureaucracy and spiel and short on real service delivery. Wales needs real service improvements and less bullshit. Asking Momentum along would probably deliver the reverse.

Begs the question even more as to why Plaid isn’t on Labour’s case.

I was rather hoping they wouldn’t notice. Momentum=Corbyn=Westminster. Here’s an idea, why not do away with an unnecessary tier of government…we can put all the money into the NHS (probably 350mill a week).

The socialist left is so last century. Can we move on please? Wales, youre still voting like it’s 1979. Let’s move on from this worn out economic. Radical versions of socialism lost, let’s move on as a country and mature our democracy past Thatcherite wounds. She’s dead already. 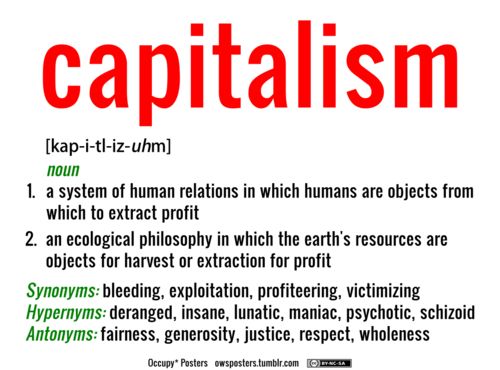 Thanks for that link. People who think capitalism is a benign force need to know what a monster it is. Unfortunately we are stuck with it as an economic system for the meantime, though as Yanis Varoufakis has called it, it is now ‘zombie’ capitalism. He has also said that it can’t be humanised, but needs to be stabilised so that workers can get something of a decent deal from it, much as they do in Scandinavia where captialism is strictly controlled.

What utter bilge! Owning one’s own clothes is not capitalist. Even the most extreme Marxists regard things like clothing as personal posessions, and so not property. which is essentially things like land, which in the view of Marxists should be owned by the state, along with the means of production, or in the view of anarchists, land held in common ownership, but with individual possession, and the means of production owned in common too – I prefer the latter, as it gets rid of the state, and therefore removes a major means by which capitalism wields power. No state =… Read more »

Article on Wales by an ‘equality activist’. She only mentions rail as an implied criticism of the conservatives. No mention of the substandard health system, substandard education system, and the ruined economy which the labour government have run into the ground. We could do with some equality there! Labour in London is no better than the Tories as far as Wales is concerned, even Rhodri Morgan said in his autobiography that the London labour government gave Wales a hard time. Expect no better in future.

While I believe Corbyn is someone grounded on strong principles, he also paradoxically comes across to me as incredibly insincere, particularly when it comes to awkward issues where he might be forced to say what he really thinks. He clearly wanted to leave the EU, but somehow managed to get away with saying very little on the subject so that he didn’t alienate some of his staunchest supporters who wanted to stay, while he hinted just enough to help to reassure many of his supporters who instinctively wanted to leave. Did he do this because he wanted a traditional Britain… Read more »

The assembly has no tax-raising powers – unlike the Scottish parliament – but it can make regulations and set statutory guidance, and pass assembly measures.

The Government of Wales Act 2006 increased the powers of the assembly, allowing it to pass legislation – or assembly measures – on such matters as health, education, social services and local government.

However. The assembly still needs to get permission – “legislative competence” – from Westminster on a case-by-case basis if it wants to pass measures concerning one of those areas.

From 1976- 1992 there were 3 labour leaders in a row who sat in Welsh Westminster constituencies -James Callaghan (Cardiff South East), Michael Foot (Ebbw Vales) and Neil Kinnock (Islwyn) There was a brief moment in the summer of 2016 when there was a possibility that Rt. Hon. Owen Smith (Pontypridd) and Stephen Crabb (Preseli Pembroke) might face each other across the dispatch box in the House of Commons as leaders of their respective parties. But now, who do you see in Wales in Labour or indeed the Conservative and Liberal Democrats waiting in the wings for a senior UK… Read more »

Maybe the writer should answer his own question by doing some basic research on how the labour party is constituted. I know it suits some in Wales to promote the idea labour just do as the leader in London says, but that’s beyond ignorant and isn’t a worthy basis of any actual discourse.

Nation cymru is doing great progressive writing about wales but there must at least be some standard of opinion peices.

Sorry, but as I point out in the article, that explanation just doesn’t wash. The problem isn’t a lack of change in Welsh Labour but a lack of interest within Momentum and the wider Corbyn movement in changing Welsh Labour. They have nothing to say on the subject.

Geraint does something to inject a dose of reality into this discussion. The one essential point that is so often overlooked is that whoever is in ‘power’ in Cardiff is really pretty powerless: westminster still holds the purse-strings.