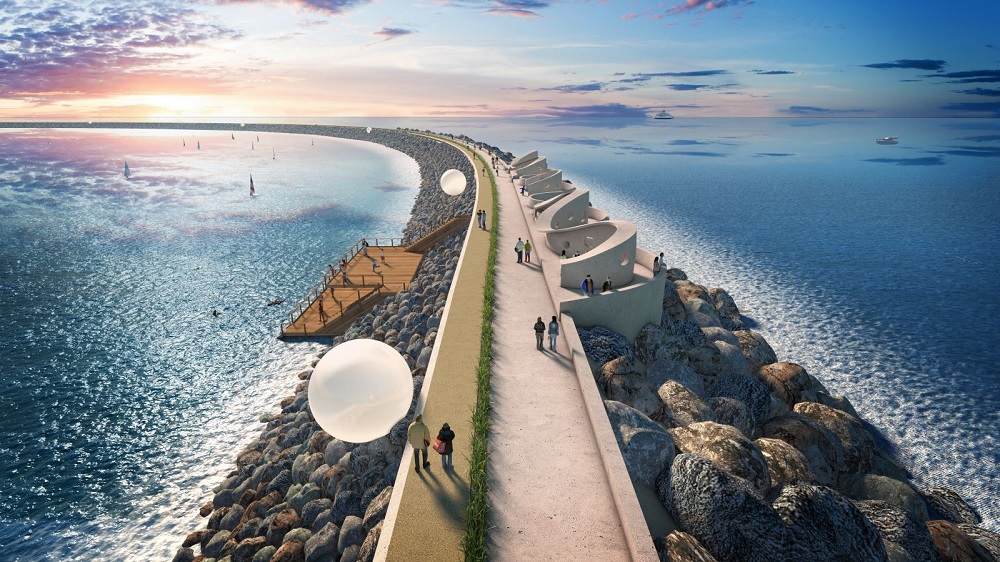 It was the worst-kept kept secret in Welsh politics – that the Westminster Government was planning to pull the plug on the Swansea Tidal Lagoon.

The decision, when it finally came, seems to have united every party in Wales in condemnation, even the Welsh Conservatives themselves, who called it “desperately depressing”.

The excuse given by the Westminster Government is that it would cost too much to subsidise the generation of electricity from the Tidal Lagoon.

But as pointed out by Assembly Member Lee Waters, this same government has given the green light to Hinkley Point C, a nuclear power plant being built just over the water, which will cost much more.

The Tidal Lagoon needed a 30p subsidy on energy bills

The other excuse given is that the tidal laggoon could cause some sand erosion on Welsh beaches.

This is laughable considering that as part of the construction of Hinkley Point C tens of thousands of tons of mud and sand are going to be dumped outside Cardiff.

The excuses just don’t add up. So what gives?

The truth is that the development of green energy in Wales is politically dangerous for Westminster because it is a natural resource that Wales has in great abundance.

Wales is already a net exporter of energy, although we pay more for it than most parts of the UK.

But unlike our other resources, such as coal and water, which can be shipped out of the country, our tides and wind are staying put.

Westminster’s core argument against more political independence for Wales is that we simply couldn’t survive without our nearest neighbours.

But the development of green energy would makes a mockery of that argument, because in this respect we’re very rich. As the technology develops and costs fall, Wales will more than be able to stand on its own feet.

Nuclear, however, is different. The expertise needed to build, maintain and dispose of a nuclear plant is only held by a handful of nation-states around the world, Britain included.

It is no wonder therefore that while the Swansea Tidal Lagoon is being scrapped, the Westminster Govrnment is pushing in full throttle with plans for another nuclear power plant on Anglesey.

I personally don’t have anything against nuclear as a better, clearner alternative to fossil fuel.

However, the future is green, not just because of climate change (although that’s the central argument) but also because it allows peripheral regions to lessen their economic dependence on large nation-states, and so lessen their political dependence as well.

Of course, the Westminster Government is now working overtime to suggest that the political outrage at this decision is manufactured.

Sense of grievance has had 18 months to develop in Swansea re tidal lagoon. UK Gov not helped itself by taking so long to make the call.

If you do a twitter search for the word ‘grievance’ you will notice that it is rarely used apart from when the Westminster Government or London’s political commentators want to belitte a complaint, usually by the SNP.

Westminster is fond of the word ‘grievance’ in the context of Scottish, Welsh and north of England politics because it makes us sound like childish whingers.

But the fact is that the UK is economically, politically and culturally imbalanced and there’s no good reason why we should continue to stand for it.

It was heartening to hear the Mayor of Greater Manchester, Andy Burnham, making the case for fair investment in the north of England on Radio 4 yesterday.

Devolution within England means that the periphery in that country is now too finally findings its voice.

Green energy is one way in which the economic imbalance can be evened out across the UK. Economic independence is political independence.

And there is of course a declious irony that after centuries of Wales’ inclement weather and stormy seas being the butt of many jokes, it may be what sets us free to choose our own future.

Editor: Enjoying Nation.Cymru? Please help support investigative journalism in Wales by subscribing to Nation.Cymru through the ‘Subscribe’ button to the right.