It’s Blair, not Corbyn, at the heart of Welsh Labour 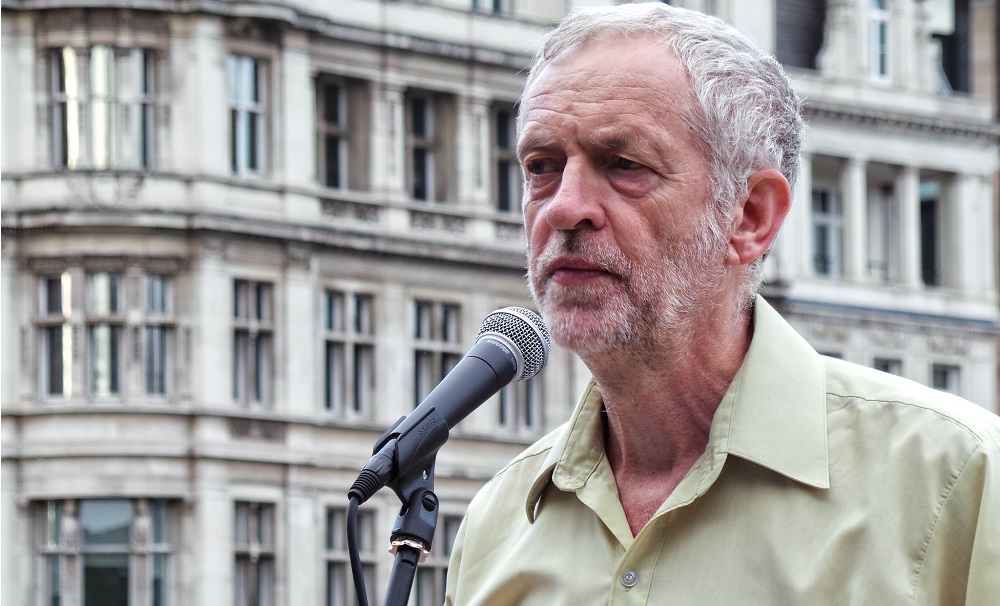 18 March 2003  – Labour bring about a vote on Iraq – Declaration of War. Within two days of Labour winning that vote they join the United States in invading Iraq.

As a direct result of that invasion 268,000 people are dead, according to Iraq Body Count. That includes 179 servicemen and women from Britain.

23 January 2009. Britain officially enters recession when the Office for National Statistics reports the economy has shrunk over two quarters. The Guardian wrote at the time:

‘The news came amid a rash of bankruptcies, with Woolworths and Waterford Wedgwood the most high-profile retail victims. There were also job cuts at Corus, GKN and AstraZeneca following a slump in industrial demand. Even Britain’s demand for electricity fell as factories were shut down and families counted the pennies.

‘The financial sector teetered on the brink of collapse, with Royal Bank of Scotland posting a £28bn loss, and the government was forced to widen its bailout of the banking sector.’

Blair and Brown might have been able to blame this all on a global financial crisis if it wasn’t for their explicit neo-liberal agenda – boasting about wanting more deregulation of the financial sector.

This is just part of the appalling legacy left under Tony Blair the last time Labour got into power in Westminster. It’s no wonder Labour members rejected Blairism by electing Jeremy Corbyn, a leader with a very different political outlook to the Blairites.

‘No mention of Wales’

But in Wales, those same Blairites are standing for election and will be elected unless we do something about it. The members may have rejected Blairism, the Labour MPs certainly have not.

In Wales, Labour is the establishment. They’ve won every national election here for an entire century. They’ve led every Welsh Government since 1999, which is when our National Assembly was first created.

And in that time Wales has not been transformed into a socialist paradise. Instead we are the poorest, most economically inactive country of the UK and most parts of Western Europe.

Welsh Labour is the party of Owen Smith, Nia Griffith, Stephen Kinnock and Kevin Brennan. Anyone who thinks these characters are going to support Corbyn are sadly mistaken. Just last year Owen Smith was standing against Corbyn in the Labour leadership contest, trying to kill Corbyn’s project from the outset.

Nia Griffith has been busy contradicting Labour’s Emily Thornberry, by insisting that Labour will build nuclear weapons, if in power.

Stephen Kinnock was anointed as the Labour MP for Aberavon in 2015. He’s known as Labour’s ‘Red Prince’ after inheriting his parents’ political dynasty.

After years spent living in Denmark and Switzerland, he spends his time insisting to right wing pressure groups that we move toward assimilation, and stand for one group: the British people. No mention of Wales or anyone else.

Then there’s Kevin Brennan, the MP for Cardiff West. He’s tried to build a reputation as being opposed to the Iraq War.

But the fact is, when the vote to start the Iraq War happened, he didn’t vote against. His vote that day is recorded as absent.

He then voted no less than 12 times to stop there being investigations into the illegal Iraq war as the horror of it unfolded. And just last year he resigned from Corbyn’s Shadow Cabinet.

So what are we to do in Wales? For those who support progressive politics the answer is simple: vote Plaid Cymru – the Party of Wales.

It’s a little-known fact that during the Blair years Corbyn and Plaid’s MPs used to work closely together and Corbyn would vote more often with Plaid than he would with Labour, including on opposing the Iraq War and ending Trident.

It was Corbyn and Plaid MPs like Adam Price and Elfyn Llwyd who stood shoulder to shoulder in Trafalgar Square to oppose the Labour Government as bombs rained down on Baghdad.

The simple truth is that if you support progressive politics then you need to vote for a progressive MP. You’re just not going to get that with the Welsh Labour Red Tories.

A vote for Welsh Labour is a vote to send another group of Blairite Red Tories to Westminster, who will continue to do all they can to stop Corbyn.

This election is an opportunity to throw the Tories out of Wales, but that has to include throwing out the Red Tories in Welsh Labour too. Only then can we truly start to build a more equal country and defend Wales from Tory politics.

It does feel a lot like that…
But is there a difference between existing Labour MPs and candidates standing where Labour doesn’t have the seat? The candidate in Preseli Pembrokeshire seems very much a “Corbynite”. I could be wrong, I hope not, especially if she beats Stephen Crabb!
There seem many definitions of progressive in terms of politics, a slippery fish.

“Thanks, from the Labour Party, for writing this article. You really sold Mr Corbyn to the Welsh electorate. Kevin Brennan MP acknowledges your obsession with him and sends his commiserations to you and your defeated minion.”

Im just going to leave this here as one of the reasons why people turned from Plaid to Labour…….http://www.dailypost.co.uk/news/north-wales-news/gwynedd-council-vote-against-cutting-13089541

Which political party puts CYMRU first? That’s the crucial question. History tells us that, in the main, most MPs from CYMRU placed the interests of their parties above any thought of our proud Nation. This was proved by the voting record or abstentions in the Wales Bill procedure. They sat on their hands. They betray CYMRU on every occasion. Right-wing MPs Blairites who fought Corbyn every step of the way. Now they try to cosy up. If I were Corbyn I would dump them by deselecting. Having said that, I see little in the two Labour manifestos about devolution. Apart… Read more »