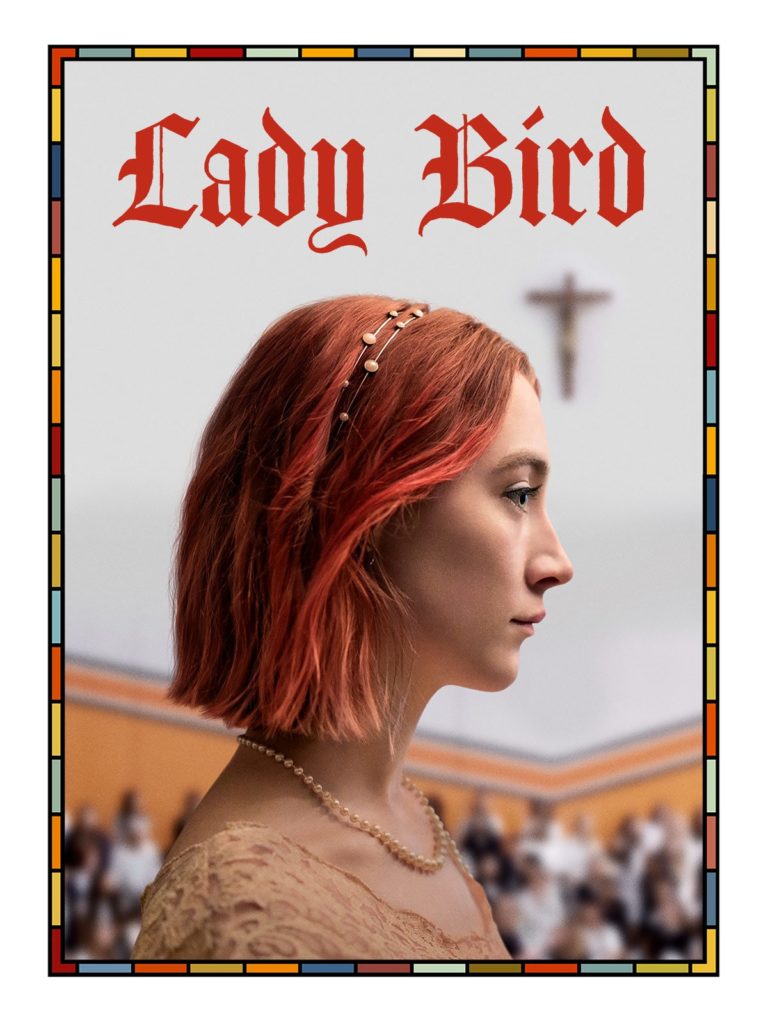 Lady Bird is an honest, heartfelt meditation which Greta Gerwig has poured wit, charm and a keen eye into to create not just another coming-of -age dramedy but an autership of adolescence.

Christine ‘Lady Bird’ McPherson is a paradox. She’s the average seventeen-year-old girl struggling with the tribulations of teenagedom. Yet she’s witty, charming and has a keen eye for her surroundings. A proxy for Gerwig herself makes her very un-average. But are any of us truly average when we succumb to our individualism. Saoirse Ronan embodies Lady Bird with smatterings of ambition, humour, desire, passion and naivete. These traits and a barrel more make Lady Bird someone to root for even when she’s lying, loitering or longing for more with a precocious innocence. As I said, she’s a paradox.

Gerwig offers the coming-of-age tale as a paint by numbers, albeit one shaded in faded pink hair dye and the blue of eyes searching for meaning. Lady Bird, the film and the character subvert worn tropes by laughing at them and with them. Lady Bird’s best friend, Julie (wonderfully played by Beanie Feldstein) mirrors the titular character in confessions as they lay down in their Catholic school uniforms eating communion wafers from the tub. I can’t think of a scene that doesn’t play to the teen film expectations whilst subverting them, often hilariously.

Humour and heartache come in spades, usually because of one another. The duality between the laughter and the emotion are prominent whenever Lady Bird and her hard-working Nurse Mother, Marion (a note-perfect Laurie Metcalf) share the screen. They’re toxic toward one another, until they’re not. And one passive-aggressive remark pulls them right back into conflict. Though Lady Bird’s entangled love-tales may pale to Marion’s harsh financial woes, neither is downplayed but rather, they intertwine, creating relatable moments that take you back to your own memories of the apocalypse of teenage friendships and the tumult of first love.

Through the many sincere moments, a movie is presented like a collection of wispy memories. The loss of virginity, of friends, of self-respect and self-loathing. And the subsequent finding of fresh feelings. Gerwig’s sincerity, in the writing and direction is testament to the authenticity of Lady Bird and its lovely and numerous laughs and sweetness.

Lady Bird’s search for culture and longing for a faraway college (“I want to go to where culture is, like New York”), offers the tangible yearning of wanting to escape the confines of the in-between worlds of childhood and adulthood. What teenager didn’t want to run away? Escape the hometown for the rumours of a bigger world. The bigger world omnipresent in TV and Film and yet so unreachable. As the film is set in 2002, any TV set part of the mise-en-scene is spouting the rhetoric of a post-9/11 America but with no real consequence to the Sacramento-residing McPhersons. Although Lady Bird does think she may be in with a better chance of enrolment to a New York college as less people will be applying “because terrorism.” 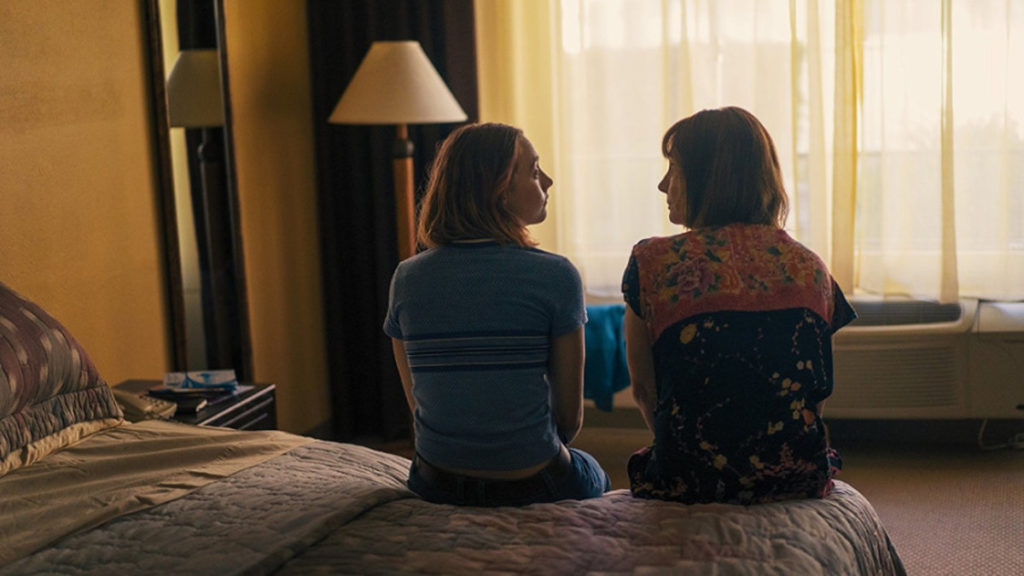 The male players are all on form, Lucas Hedges is the sweet First Love, Timothy Chalamet, the rebellious First Lust and Tracy Lett’s, down on his luck Dad never shy to support and enable Lady Bird. Greta Gerwig has written all characters with three dimensions which supports the subtle undertones of Feminism through female independence in the film. This is what film Feminism is, the honest portrayal of women, warts and all living true lives. There are no stereotypes here, as much as my descriptions may sound like, this is a film about human beings.

The cinematography is a reluctant love letter to Gerwig’s native Sacramento, capturing celestial sunbeams and working-class family breakfasts. For such a personal film, the framing doesn’t intrude on Lady Bird but rather allows her to breath. We are observers not partakers. Jon Brion’s score is an Indie soundtrack best-of, layering the wonderful melo-drama with even more whimsy and quirk. Also keep an eye and ear out for the subtle 2002-isms building the believable world I remember rather well.

Lady Bird is a trip down memory lane. Or rather a gateway drug opening the door to it. Whether Lady Bird is smoking pot for the first time, tussling with her Mom about prom dresses or explaining the sheer underwhelming aftermath of losing one’s virginity, she is exuberantly human. A true to life adolescent trying hard to know what she wants when she can’t stop questioning her own identity. Her Mum states: “I want you to be the very best version of yourself that you can be.” Lady Bird replies with unsure melancholy, “What if this is the best version?” Whether it is or it isn’t, doesn’t matter, because the film sits in a place of unsurety and somehow exudes charisma. And if that doesn’t make sense, it’s because Lady Bird has me reminiscing my own teenage years and unfounded fears.