Plaid Cymru shows how a real opposition secures its priorities 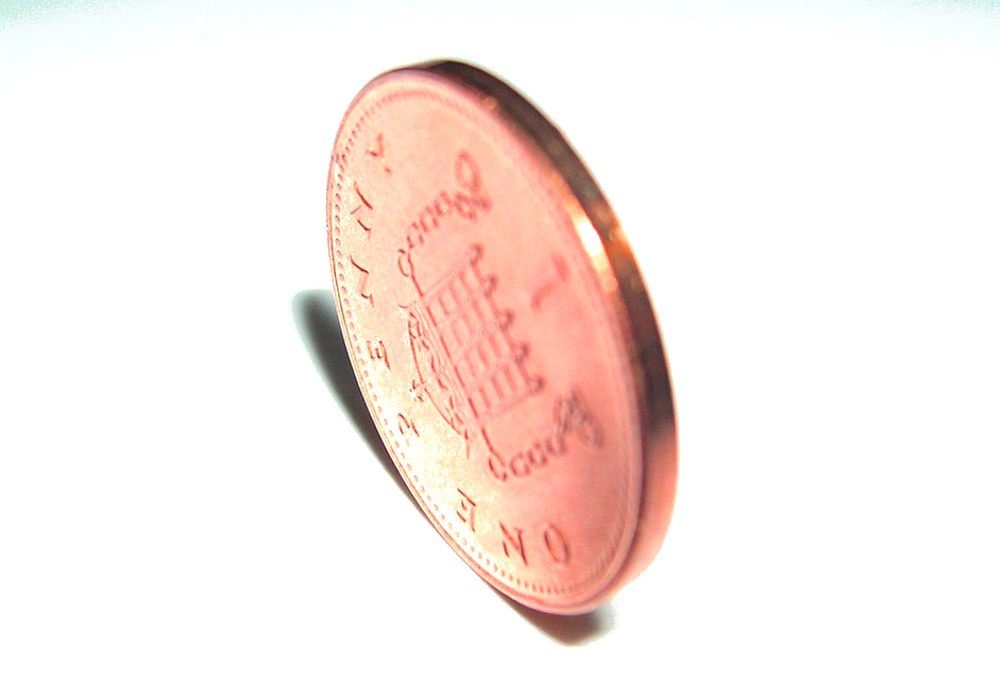 During the budget debate, Plaid Cymru AM Simon Thomas reached into his pocket, and offered the Conservatives one shining penny.

This was a penny more than they have ever gained for what they consider to be their priorities, in the entire 18 years of devolution. In comparison, Plaid Cymru has secured £500m for its manifesto commitments since the assembly election.

A clear risk with political negotiation is that you don’t get credit for what you’ve won. The risk of not being given the plaudits is a perfectly valid argument for not entering into negotiation in the first place.

Over recent weeks Plaid Cymru and Welsh Government negotiating teams have been carefully looking at areas on which there could be agreement ahead of the Budget. The main ‘body’of the budget isn’t up for negotiation in such talks. This is Labour’s budget, and Plaid Cymru has no interest in endorsing it. It is the both the privilege and danger for a Government that it must take responsibility for its own budgetary decisions.

But where we as a robust opposition party can make real gains as the budget process plays out, it is our responsibility to explore those possibilities. I could point to a number of aspects of the pre-budget agreement reached that highlight the positive outcomes of this approach.

In recent weeks, I have met a number of organisations on Anglesey involved in tackling homelessness. The Wallich, Digartref Mon and Gorwel do great work on already tight budgets (with funding secured due to previous Plaid budget negotiations). A further cut in funding they receive through the Supporting People programme would have had dire consequences. The sector had been told to prepare for 10-15% cuts.

I could have opposed any pre-budget agreement with the Labour Government, and then attacked them for cutting the Supporting People budget. But I wasn’t prepared to do that if we could actually get the job done.

To play those games would be Tory-style opposition – sideline shouting, with no gains and no influence. In the budget debate I reminded the Assembly that the Welsh Conservative leader had accused Plaid Cymru of ‘selling out for a bag of chips’. I told him that “his bag of chips is a roof over the head of a homeless person; his bag of chips is support to help a vulnerable young person try to get his or her life on track.” He wouldn’t understand that Plaid Cymru’s actions reached out to those who are desperate for a helping hand.

It shouldn’t have taken a Plaid Cymru negotiating team to secure this funding, but it did. And I’m glad Government agreed. Finance Secretary Mark Drakeford argued it had not been inevitable that there would have been a cut.

Really? We were in the bizarre situation in recent weeks and months where Labour members were asking Plaid Cymru to negotiate with the Labour Government for the protection of Supporting People funding, precisely because the writing was so clearly on the wall!

What matters now, of course, is that we have security for this important programme. Labour backbenchers will argue that the money was safe anyway, as they are gleefully celebrating on social media that it is they that secured funding to move towards the scrapping of Cleddau Bridge tolls, even though it was brought to the table by Plaid negotiators.

The Finance Secretary said there was nothing in the agreement that Labour “didn’t want to do”. Perhaps. These were negotiations, after all, an exploration of where agreement can be reached. But there’s a big difference between wanting to do something and actually doing it.

What’s important now is that on Supporting People, along with a long list of other initiatives, the money is secured, thanks to Plaid Cymru priortising it. This brings Plaid Cymru budget gains for our priorities to over £500 million since the election –

Who gets the credit? We’ll work hard to highlight where we’ve made a real difference – holding Labour to account as an effective opposition, whilst making real gains for those who need it most.

Once again Environment and Rural Affairs suffers a massive cut (15.27%) in budget despite Wales being such a rural country and international and national commitments to conserving our natural heritage or should that be resources. It’s a poor preparation for rural life post Brexit as well. NRW is becoming increasingly ineffective as budget cuts and low morale mean many experts are leaving and it is advisory role is undermined. It’s about time all the parties in the Senedd realise that the foundations of our economy and existence depend on the natural environment that is one of Wales’s primary assets. Plaid… Read more »

Plaid have no interest in the environment & sustainable development, just take a look at ther policies on a county council level – passing housing developments willy nilly, allowing Jackson Lane area in Carmarthen to be taken over by developer who will be from outside of Wales, who will commodify every bit of it as well as covering it in concrete, ripping up the local feel and putting the local eateries shops out of business. Its embarrasing – they should go and visit some of the market towns in England run by Greens to see how they look after their… Read more »

“The risk of not being given the plaudits is a perfectly valid argument for not entering into negotiation in the first place.”

The risk of not getting enough likes is a perfectly valid argument for not posting on Facebook in the first place.

The risk of not getting praised as a hero is a perfectly valid argument for not saving the drowning person.

You have a valid point, of course. However, when you’re playing a popularity contest with this much at stake (the country!) especially with the atmosphere of punch and judy politics, you’ve got to be very careful to get recognition for everything you do. This is not a justification, just an explanation.

So if I go to Companies House and look up Wallich Clifford I’m going to see that they need this money and that they are… as you put it “on a tight budget”? Because that sounds like they’re stretched pretty thin…

They pay their staff abysmally low wages too, which is an absolute disgrace.

Staffing costs for 2016-17 were about 6 million… wheres all that going then?

they will have a board of directors and a senior management team somewhere in those numbers. They need paying but some of them will be doing very nicely thank you, especially when you factor in the benefits packages and the stuff that gets shunted through vague cost areas like “travel and accommodation”.

Plaid Cymru making sure that money goes to “those who need it most” then. Depressing.

This is the reason why Plaid voters are constantly being told by Labour voters that it’s Plaid’s job to support Labour. It’s also why disaffected Labour voters don’t even consider voting Plaid. I’m sure it’s all very honourable and principled but, sadly, it will do Plaid no favours in the polling booths. “We’ll work hard to highlight where we’ve made a real difference…” which will compound another complaint about Plaid – that they’re always whining from the sidelines. Working with Labour and then “holding Labour to account as an effective opposition” is confusing to people. There’s a reason the Tories… Read more »

I agree with Nic.

And you gained nothing by taking a shot at Anrew R. T. Davies in a schoolboy manner, when you had clearly already won the argument with your actions. More people on Môn voted Tory than Plaid, do you think they will respect you for a ‘bag of chips’? No, mae angen pont ar y bonl hynny.

Think Plaid should have formed a coalition with Labour after the 2016 election.

It would be a stronger government, more nationally minded and would stand up to Westminster. What happens then in 5 years time is another question. But we’re all dead in the end.

The One Wales govt was a good one which made structural changes to Wales. A One Wales 2 would have done the same. I don’t trust a Labour only government – there are just too many cozy people and lazy ideas and lack of guts to fight for Wales.

I have no problem with any of this, and think Andrew RT Davies is wrong. The Tories have spectacularly failed since Nick Bourne was leader. Plaid can win at the ballot box as council elections and Ceredigion show but need to be more visible and become a household name.

Holding them to account and supporting their existence in Cymru both at the same time! Can no one else see it? By doing deals with the Welsh Govt they are not only endorsing them, but also the continued British Unionist influence within our country!

Exactly ! Any Labour or ( unlikely) Tory regime in Y Cynulliad should have to perform like saints for a sustained period before Plaid gives them an easy ride. Right now there is bags of scope for hammering the s**t out of Carwyn and his crew and there should also be a sustained publicity attack on the paucity of any alternatives offered by Mayhem’s men in Wales. Right now hardly a peep, except for McEvoy and occasional bits of insight from Adam Price.

Don’t forget, that the block grant Wales receives from Westminster has been cut by about £1.6bn since 2010, so the assembly has got to juggle the finances of different departments, who are all vying for extra money! I personally put the blame firmly at the feet of this Tory government, who by the way managed to find £1.5bn for the DUP to help prop up this despicable government.

Interesting figures about The Wallich. Gosh! Rhun, you and Plaid can keep saying that Plaid is ‘effective opposition’. Repeating it doesn’t actually make it so. (Reminds me of May’s extremely irritating ‘strong and stable’, actually.) Everyone would agree that support for the most vulnerable is necessary, but I don’t feel this deal proves ‘effective opposition’, especially given WG’s claims that they were going to (likely to / ‘wanted to’ …) implement everything in the ‘deal’ anyway. Effective opposition? Holding them to account? Wales is one of poorest countries in Europe. Abstaining on this budget vote is not effective opposition. By… Read more »

The article portrays Plaid Cymru as the left wing conscience of the Welsh Labour Party. If there was a vacancy, its now been filled by Mr Corbyn in London

For all those Plaid voters that didn’t capitulate to the constant calls of “Vote Labour to keep the Tories out” this is a huge kick in the teeth because even in Senedd elections, a vote for Plaid is now a vote for Labour.

Rhun ap Iorwerth – stop doing deals with Labour and spend your time trying to beat them in elections! Plaid is in freefall. Awful polls. Terrible number of votes in the UK general election. Plaid got beaten by the Tories in your own constituency. Two members of the Plaid Assembly group gone in 12 months. If you want to know how to fix things then read your article and do the exact opposite. You’re not there to be part of the Bay establishment. You’re there to take it on.