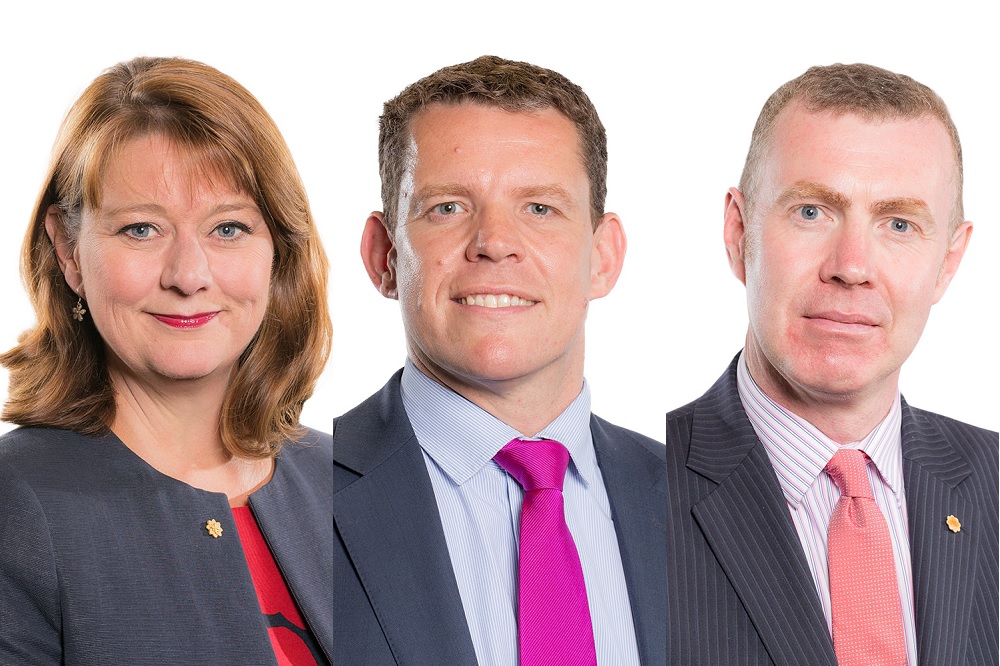 Plaid Cymru’s leadership race got started yesterday – although perhaps not with a bang, since neither of the two prospective challengers actually confirmed that they would be standing.

Both Adam Price and Rhun ap Iorwerth did, however, write articles setting out what they think ails Plaid Cymru and how they have the vision to set things right.

Reading both articles, and putting aside the political machinations at work for a moment, I think both have both put their finger on what ails the party.

In summing up his article, Rhun says that “the point I make is that we must be clear and focussed”.

The word ‘focus’ also turns up in Adam Price’s article, and he suggests that “we have generally failed to consistently articulate a comprehensive and compelling vision of the future”.

“Our comfort zone has been a strange mixture of philosophical abstraction and the predictable, plodding politics of the parsimonious press release, the tired tweet and the formulaic FB status,” he says.

The theme that arises in both, and I think the central issue in Plaid Cymru at the moment, is not so much what the party is for but rather how the party articulates that in a way that reaches the public.

I’ve said it before and I’ll keep saying it again and again: Plaid Cymru’s central problem is that their core message is simply not reaching the people of Wales.

Those of us who take an interest in Welsh politics can, I think, be in denial as to how completely ignorant the public are about what the Welsh Government and all the main parties here are up to.

Roger Scully’s latest opinion polls, published yesterday, bears this out. Asked their opinion about the likely leaders of all the main parties in the Assembly, the majority didn’t have a clue.

Twenty years after devolution, half the population has no idea that health is devolved.

In this context, arguments about ideology within Plaid Cymru – and the wider national movement – are at this stage almost completely pointless.

It’s worth remembering that when Jeremy Corbyn stood on practically the same left-wing platform as Leanne Wood in Wales he got 48.9% of the vote.

The difference of course is that Corbyn had a prime-time platform on the mainstream media, and Leanne Wood does not. Which makes the clarity and focus of the message all the more important.

And this is, I think, where Leanne Wood has failed to make significant progress as Plaid Cymru leader.

The job of a national party is, at its heart, quite simple. It’s about arguing that people in your country are being treated unfairly because political, economic and cultural power is being centralised elsewhere.

As a national party you find examples of this unfairness and hammer them home relentlessly.

The scrapping of the Tidal Lagoon in Swansea, the lack of electrification of the railway to the same city, and the EU power grab were prime examples, but there are countless more.

Plaid’s core message should essentially be: “Wales is being neglected and treated unfairly by Westminster (Tory and Labour) – only a vote for Plaid Cymru can change that.”

Plaid Cymru does succeed in articulating this message in fits and starts. However, under Leanne Wood’s leadership, far too much time is spent talking about other issues.

Leanne Wood is not good at the focussed message. This is why I suggested that it might be time for a leadership contest in the first place – because by suggesting that she would resign as leader after the next election, she was ensuring the media coverage of that election would be all about her rather than the issues Plaid will be campaigning on.

She did the same thing in the 2017 General Election when she publicly discussed standing in the Rhondda, thereby ensuring that all the focus was on her decision rather than Plaid’s core message.

This lack of focus extends to the day to day communication too. As a little (completely non-academic) experiment, I did a tally of Leanne Wood’s tweets in the last two weeks of May, when the EU Power Grab was at its zenith.

Unsurprisingly, the EU power grab was a major issue, with 21 tweets. But issues around identity, women’s rights, and trans rights, was almost equal on 18 tweets.

Meanwhile, Wales’ creaking travel infrastructure was only tweeted about eight times, there were only five tweets related to Wales’ culture, and the economy was only mentioned three times.

Now, I fully agree with pretty much everything Leanne Wood has to say on equal rights. What I’m certainly not suggesting is that issues around equal rights are not important.

I’m saying this because complaints that Plaid is spending too much time communicating messages that will be of no electoral benefit are too often interpreted as hostility to the message itself.

But what we need to understand is that it’s impossible – completely impossible – for Plaid Cymru to force any material progress on such issues.

They can’t be fighting several different battles at once. They simply don’t have the bandwidth to do it.

Between now and the election most voters will perhaps hear one or, if lucky, two messages from Plaid Cymru.

The default option for most of those voters will be Labour or the Tories. So Plaid Cymru’s message needs to differentiate them from those parties.

‘We believe in equal rights for women,’ is a great message, but if this is the message the voter hears he or she is likely to vote Labour, because they have a chance of atually doing something about it.

The one message that is unique to Plaid Cymru is: “Wales is being neglected and treated unfairly by Westminster (Tory and Labour) – only a vote for Plaid Cymru can change that.”

This is Plaid Cymru’s USP and the one message they need to hammer home relentlessly. This is the message that will actually get Plaid Cymru into government and able to do something about all the other issues it cares about.

Yes, you can say it a host of different ways, and it needs to react to real events and real problems on the ground, but it must be this core message.

As Rhun ap Iorwerth says in his article, this isn’t a matter of moving anywhere on the ideological spectrum.

There are more than enough left and centre-left votes in Wales to put Plaid Cymru into government.

But by sticking to its day job of being a national movement, Plaid Cymru needn’t really confine itself to any set political outlook on traditionally left/right/centre issues.

In his article, Adam Price says: “our failure to present a clear and persuasive exposition explains why we have lost more than a thousand of our eight thousand members in the last eight months, while the civil society Yes Cymru movement has blossomed.”

What differentiates Yes Cymru from Plaid Cymru is that they have one core objective and are a big tent, embracing people from almost all political outlooks.

You don’t have to sign up to a host of other contentious issues when you sign up. The belief that Wales would benefit from an independence movement is enough.

I don’t know if Rhun ap Iorwerth or Adam Price will stand against Leanne Wood. I have some doubts that they themselves do at the moment.

And no one knows what the outcome will be.

But I think that even a discussion of holding a contest has been healthy and has brought to the fore issues that all of Plaid Cymru can improve on, whether Leanne Wood remains leader or not.