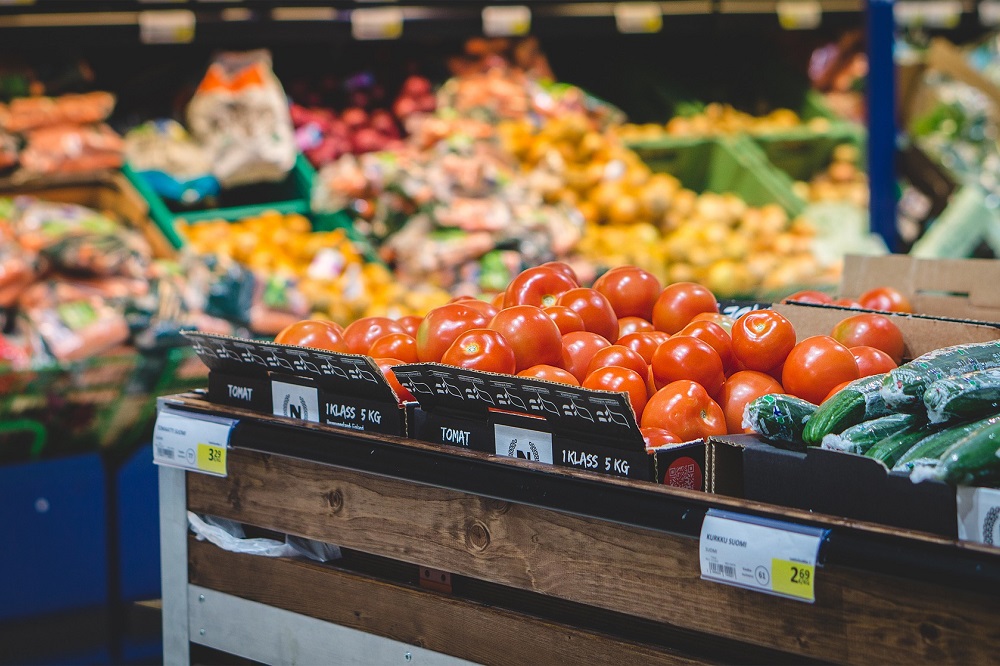 Wales has just marked a decade as the world’s first Fair Trade Nation, a lead since followed by other nations and regions.

We can be proud of this landmark, of our example, of our active support for ethical trade that is improving lives in some of the world’s poorest communities.

But we need to be clear about the hurdles and threats ahead, at home and globally.

Oxfam has just reminded us of one of the biggest barriers to progress, and why Wales still needs a strong Fair Trade movement.

The clue is in the title of a new Oxfam research report, Ripe for Change – ending human suffering in supermarket supply chains.

They entrench poverty and inequality across the global economy, a trend that has been deepening over the last 30 years, according to Oxfam’s research.

At the bottom of the chain, the bargaining power of small-scale farmers and workers has been steadily eroded in many of the countries that produce the goods we see on supermarket shelves.

Just ten supermarkets account for over half of all food retail sales in the EU. Their dominance is often at the expense of local shops and markets.

The state of many Welsh high streets illustrates the impact. Their tight grip on retail markets gives supermarkets significant power to shape food production around the globe.

The power and financial reward to big business and other owners of capital has grown at the expense of ordinary people – including those who grow and process our food.

As Welsh producers also know, prices paid to suppliers can be below the cost of sustainable production.

Imagine how much more difficult it is for farmers in poorer countries, with just a fraction of the access to resources that Welsh farmers have, and often none of the support.

Yes, supermarkets have delivered low prices, year-round choice and convenience for many consumers.

But they achieve this by using their huge buying power to cut costs and put pressure on suppliers to carry more of the risks of production. 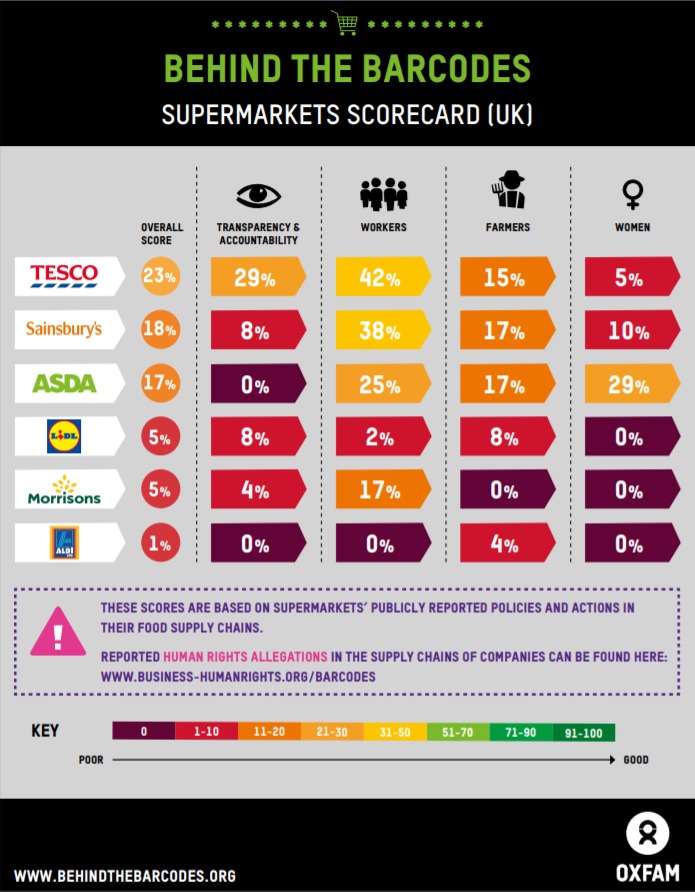 Oxfam has developed a Supermarkets Scorecard which benchmarks major chains against a set of ethical criteria.

Not a single supermarket chain achieved a satisfactory score on any of them. Some big household names scored very low indeed.

Their commitment to women appears almost non-existent – all but four of the 16 companies assessed scored zero.

This lack of attention to the specific challenges women face in their supply chains is in strong contrast to the Fair Trade movement, where 26% of all farmers and workers are female.

Companies were found to make limited efforts to support small-scale producers, doing so mainly by sourcing Fairtrade and other certified goods – which we welcome.

But given supermarkets’ dominant position, they could initiate a real quantum leap in producers’ living standards by paying Fair Trade level prices.

But it hasn’t all been doom and gloom. The growth of the Fair Trade movement has offered hope to small producers and workers in many countries.

Over 1.65 million farmers and workers in 74 countries participate, gaining greater income security and more clout with buyers, as well as better education and security for their families.

Additionally, the extra income generated through the Fairtrade Premium supports better farming, including investment in collective assets to improve crops and yields – an important step towards sustainable food security.

Fair Trade Wales, a Wales-wide movement of grassroots activists, can claim success in raising understanding and commitment in communities across the nation, including in the National Assembly and Welsh Government.

The latter’s code for ethical supply chains can hopefully be leveraged even more in the interests of trade justice.

The past decade has seen the amount and variety of Fair Trade goods increase, making it easy to buy ethically in many supermarkets.

But you may have noticed that some supermarkets offer fewer Fair Trade options. Major supermarket chains have been retreating from their Fair Trade commitments, even though this has been one of their few positives as shown in the Oxfam assessment.

The push for profits appears to be pushing aside trade justice.

As Fair Trade Wales reviews its role in this 10th anniversary year and consults on our future focus, this trend is much more than a nagging concern. Oxfam’s research supports our fears.

Whatever else we want to achieve, wherever we’d like to make fresh impact, it’s clear that there is an ongoing need to ensure that people everywhere in Wales have easy access to Fair Trade goods.

And that, like it or not, means recognising the ongoing importance of consumer choice in supermarkets, and the need to keep up pressure on them to source ethically.

We therefore welcome Oxfam’s research – as a wake-up call, as a resource, as a help to measure how supermarkets score on key ethical criteria, and how our role as consumers can help to make a difference to the lives of small producers and their families.

A briefing that puts key findings of Ripe for Change into a UK context – UK Supermarket Supply Chains, Ending the Suffering Behind our Food – can be accessed here