The finest journey you’ve never made 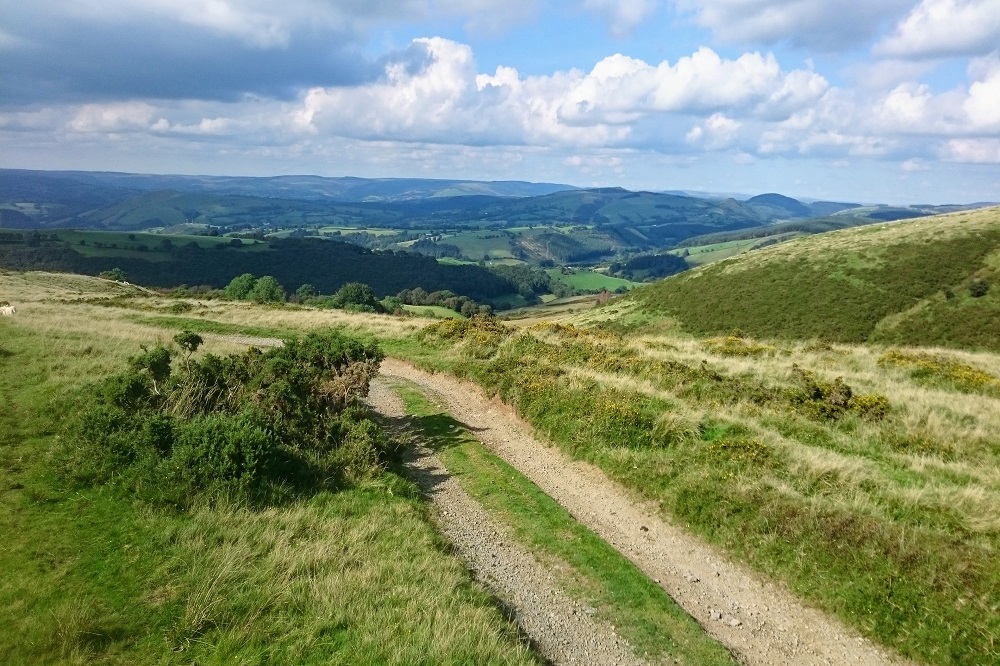 Lôn Rhiannon/The Rhiannon Trail is a proposal I first made to the Welsh Government in 2012.  It would be a fully accessible, quality-surfaced upland route, probably above the 200m contour, 300km long and connecting the north and south of our country.  It would be designed for walkers, people in wheelchairs, cyclists, and horse-riders.  Ideally, the trail would become the central spine for many other trails that would eventually connect with it.

Investment in a walking and cycling route from north Wales to south Wales might appear fanciful, especially when the road and rail routes might be considered to have priority.

In its defence, however, Lôn Rhiannon would prove beneficial for the economy of Wales, as the Coastal Path has already shown to be.  Generally speaking, roads and railways take money out of Wales through payments for fuel, vehicles and rolling stock, infrastructure and usually foreign shareholders and consultancies.  They also leave us with a legacy of noise, air and other pollution.

Without a full study, it would be premature to define a route for the trail.  There are many possibilities. But criteria for its design and selection of its route must include maximising the visual opportunities and traveller interest while providing variations in the terrain covered, and ensuring the hubs are viable and sustainable.

And of course, there are many trails that currently exist in the uplands.  Some or parts thereof might be incorporated within Lôn Rhiannon, but only if upgraded for use by all.

The Rhiannon Trail should then provide exceptional vistas over our beautiful lakes, hills, cwms, and coasts, over to Ireland in the west and deep into England in the east.  At least 95% off-road, it could occasionally be open to motorbikes and scooters.  Events based on the trail are likely to be generated.

I envisage that unnamed geographical features might utilise the history and literature of Wales (eg. Pryderi Peak for the highest point, Bertrand Russell Bridge) in emphasising the national nature of the trail.  Away from the hubs, stations (Station Catherine Zeta-Jones, Station Dylan Thomas) might provide basic services (water, shelter).

More than this, Lôn Rhiannon is envisaged as a multi-use pathway to, and a catalyst for the future, with benefits for communications, energy distribution, connectivity, accessibility, recreation, tourism, active travel, national identity, forestry, rural development and resource management.  Conduits on either side of the trail would hold broadband and power cables enabling ultra-speed broadband in remote areas and increasing the resilience of the electricity grid.

There would be many spin-off benefits…

The cost of the trail has been estimated at £60 – 80m, including hub development (compare the fatuous New M4 – £1.5b and rising!).  Revenue would be generated from the lease of the conduits.  Modest user fees could support a ranger service.  Businesses in the vicinity would gain from the provision of accommodation, food, and other services.  New businesses might cater for specialist interests – adventure tourism, cycle repair, local touring, astronomy, photography, ornithology etc.

The Welsh Government allocated funds for a feasibility study into the Lôn Rhiannon proposal as part of the 2016 – 2017 budget agreement with Plaid Cymru.  But today, the study has not taken place, and the proposal resides deep in an apparently forgotten recess.  Its future is unknown.