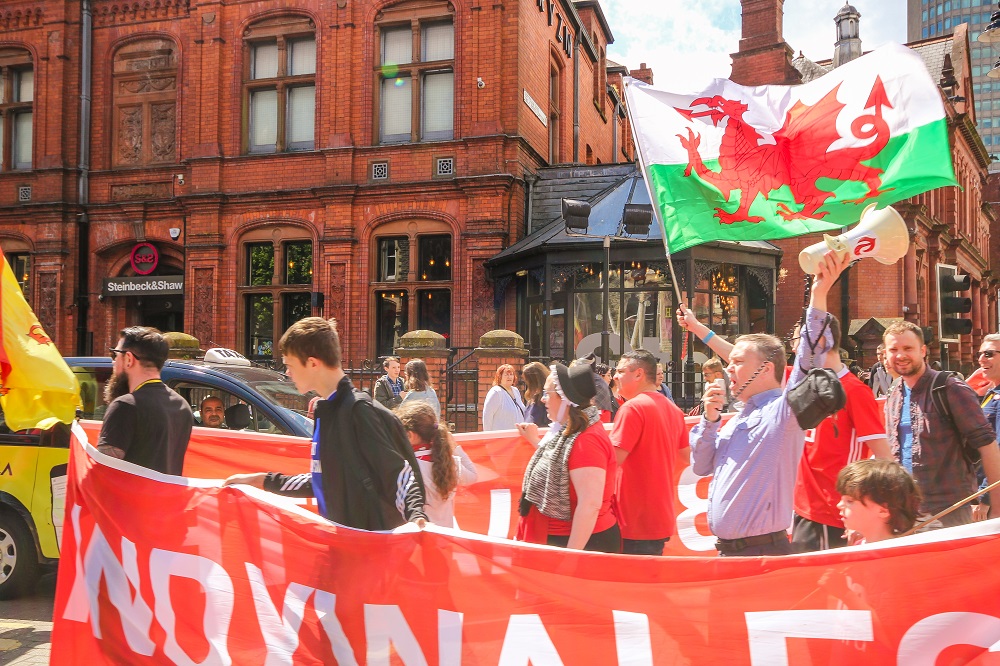 This week, saw the reality of Boris Johnson as Prime Minister and with it the UK Government’s cabinet became full of the most right-wing and hard-line Brexiteers in recent memory.

Chancellor Sajid Javid is prepared to devastate the economy through a ‘no deal’ scenario. Home Secretary Priti Patel has admitted to supporting the death penalty and was previously fired for conducting secret meetings with a foreign power, subsequently putting UK national security in danger.

Leader of the House of Commons, Jacob Rees Mogg, campaigned to prorogue parliament to push through a no deal, and has campaigned against both equal marriage and a woman’s right to choose.

With the buffoonish but weaponised Boris Johnson at the helm in Number 10, the UK is heading towards a catastrophic no deal Brexit which will devastate our communities, industry and way of life – possibly for good.

Meanwhile, in Cardiff, an exhausted Labour government sits idly by on, unable to stand up to the Tories as they roll back on Wales’ powers.

Welsh independence is no longer just desirable. It is an absolute necessity.

That is why today I will be marching alongside my fellow citizens in Caernarfon to show our support for a better future for Wales as an independent country.

Welsh independence is a force in and of itself. A force to reject regressive, insular and backwards looking politics of this dying British state, in exchange for the politics of hope, justice and community of a new Wales.

Because what drives Plaid Cymru’s campaign for Welsh independence is how it will make the lives of the people of Wales better.

Even before Boris and Brexit bulldozes through our economy, decades of Westminster neglect have already resulted in under-investment, with one-third of our children living in relative poverty.

Westminster is not fit to govern or represent Wales and it never will be.

It’s time for change.  We cannot continue to look to the Westminster parties for our future. We have to look to ourselves.

Imagine a Wales that is a world leader in social, political and economic equality. Imagine a Wales as a full member of the European Union, actively working from the inside for its reform. Imagine what an outward-looking, fair and progressive country, with all the democratic and economic levers it needs, where anyone who wants to be Welsh can call Wales their home, could contribute to the world.

After all, there is nothing inevitable about our poverty.

Wales now faces a choice of two futures – a future shackled to Brexit Britain where Wales is cut off from the rest of the world at a grave cost to our communities, industries and NHS, or a brighter and better future in Europe offered by Plaid Cymru which would see us thrive as an independent country in an European community of equals.

We can choose that future if we want it. But we have to fight for it. It is now incumbent on every single one of us to go out and begin those conversations with our neighbours, our colleagues, and our friends to persuade them which future we should embrace.

It is easy to despair in such dark and dangerous times. But we mustn’t lose hope or relinquish our responsibility for our future. We just have to get organised. The tide is turning and the voices are growing – we have no time to lose.  For the sake of our communities, our citizens, and our children – a better future is waiting for us if we are ready to seize it – together.