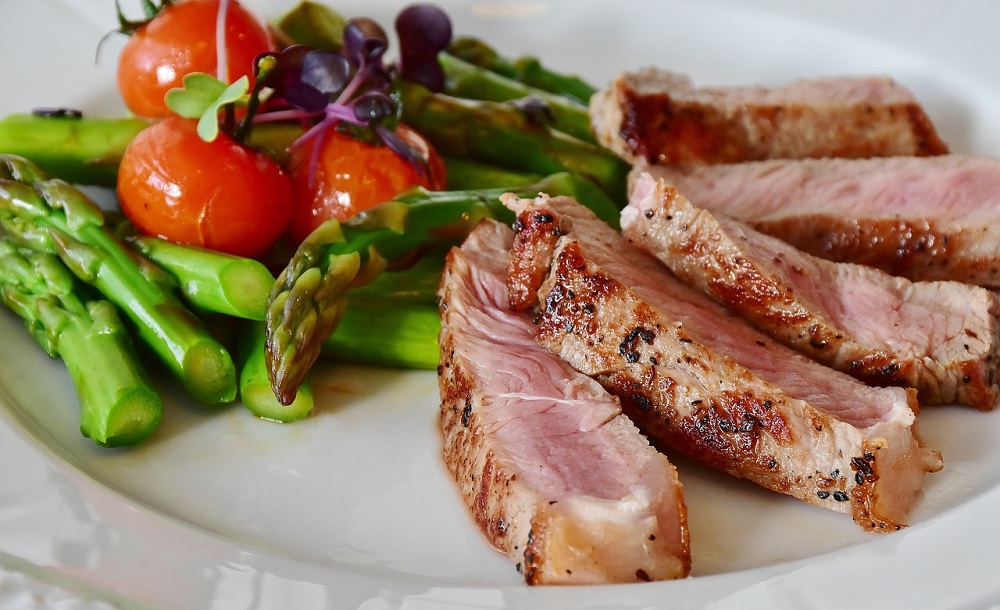 We have the best pasture in the world; high quality animal welfare; the best leeks, and cockles and mussels that would shame Chesapeake Bay or Mont Saint Michel.

I eat Welsh food all the time, but I am lucky I live in the foodie Mecca that is Aberystwyth. It’s not so easy to pick through the “Red Tractor” and Union Jack branded supermarket stuff to get food from Wales.

Why do we tolerate this? Every penny we spend on food from Wales benefits our own farmers and food producers. It boosts our nation.

Yet we seem to whisper about our food rather than trumpet it.

Have you ever been in a bed and breakfast or hotel in Wales only to get served a full “English” of Danish bacon, Irish mushrooms, Dutch tomatoes and perhaps a Welsh egg (we produce twice as many free range eggs per capita than England, and it’s a big growth area).

Well if you think today’s experiences of food in Wales is a bit of a sorry state, just wait until the Brexit manure flies off the muck spreader.

To date the main route to move Welsh food up the quality chain and improve exports and prices has been the designation of Protected Geographical Indication (PGI) status.

Hybu Cig Cymru estimates that 25% of the growth in Welsh lamb exports between 2003 and 2012 can be directly attributed to its PGI status.

So, the status of PGI is of enormous economic importance to the Welsh red meat industry, but increasingly in other sectors as well. We now have 14 PGI products in Wales.

Astonishingly however, as we leave the EU, there is no guarantee either of the continuation of PGI status for Welsh food or even that Welsh food will even be branded as Welsh.

Yes, that’s right, DEFRA (who have yet to concede the land grab on devolution in the EU Withdrawal Bill) are considering whether to slap a Union Jack on all food from the UK and whether even to allow Welsh food to be branded and labelled as Welsh.

It is important that Welsh food is recognised as Welsh food as we exit the European Union, rather than it being draped in the Union Jack or marked as from some vague geographical Britain.

This is vital for our nation’s self-confidence and economy. Food and drink companies turn over nearly £7 billion a year and exports increased nearly 13% in the first six months of 2016—an increase of £15.2 million alone.

Now is the time that we should be upping our game on branding food from Wales as Welsh, with a clear story to tell about our excellent quality, the source of food, animal welfare and environmental standards.

The first political slogan I remember shouting around the schoolyard was “Margaret Thatcher, milk snatcher”, and yet at the moment we can’t even guarantee that schoolchildren will continue to receive Welsh milk.

The EU helps fund the school milk available in primary schools currently but no funding is in place to allow this to continue.

I am clear that milk in schools is a good way of getting children familiar with the best of Welsh produce, and it’s healthy and nutritious too.

I am not convinced Welsh Government is taking this threat to Welsh branding seriously enough. It axed our own food awards in 2013.

“Gwir Flas” had an enviable marketing edge and told the story of the quality of our food. We need to bring back our own food awards, not rely on “Welsh winners” in a UK “Great Taste” competition.

Awards raise status and increase ambition within the sector. A Plaid Cymru Welsh Government would have also designated 2018 as a National Year of Welsh Food and Drink.

The aim was to promote Wales’ quality produce in a sustained and intensive year-long campaign to encourage customers in the UK and overseas to buy more Welsh products.

The fight for the right to brand food from Wales as Welsh starts here. We don’t want Welsh food marketed and branded as “food from the UK”.

We can work together on these islands for the highest quality food, but the story we tell when we sell must have a distinct Welsh flavour.

As a food producer – grass-fed Jersey milk, beef and rare-breed pork, sold direct to the customer – and working with and knowing lots of other Welsh food producers, I definitely agree with the sentiments of this piece, if not every detail. I think we should definitely be putting more investment into the promotion of Welsh food, and definitely shouldn’t be subsumed under British labelling and promotion. This a chance to exercise our independence, sovereignty and distinction. There is world-class produce coming out of Wales, whether that’s primary producers producing dairy, beef, lamb, potatoes etc. or whether it’s our innovative… Read more »

Even in Supermarkets we buy Welsh produced products. Cheese, eggs, milk what ever we can. Though as you say it is greatly limited.

Coming back from Welshpool on Saturday, I had a choice: Aldi Welshpool, very prominent large union flag along the side facing the car park, or Lidl Newtown, small but conspicuous enough Welsh dragon hearts on the doors. I don’t know if Aldi bothered to research the area they were moving to when they opened their Welshpool store, but I find it difficult to bring myself to shop there. It’s particularly galling as I know Scottish Aldis make a big thing of the Scottish flag. The Welsh obviously are not worthy of the same attention from them. Perhaps you could raise… Read more »

To be fair to Aldi, it’s one of the few chains with bilingual store announcements, even in somewhere like Llandrindod. Welsh first, too, giving us Welsh speakers a head start when a new till opens!

Yes that is true. Lidl do that too though, at least, in their newer shops.
And yes I’ve taken advantage of that to get to the opening till first in Llandrindod Aldi 🙂

Our country in our hands

This issue covers many areas of Welsh consciousness – as a nation we need to wake up ! For too long we have under estimated our capabilities as a nation or allowed other countries – particularly England – to put us down. The EU has kept Wales afloat via trade and funding for decades, that is all about to change. Those benefits will disappear and the shortfall will not be met by Westminster. It is up to us to stand firm and ironically really take back control – not from the EU but from England. I believe we can do… Read more »

John Young
Reply to  Our country in our hands

‘It is up to us to stand firm and ironically really take back control – not from the EU but from England. I believe we can do it – it’s about time others started to believe it too!!’

There will soon be a vehicle for Wales to achieve this, if we have the backbone for it.

Simon Thomas AM is quite right. The quality of food and drink in Wales is very good (and could improve still), and large-scale militates against it. It is small-scale farming – small holdings, market gardening – which can provide quality work and personal satisfaction, as well as offer affordability to new entrants to the rural sector. The urgent first step is to prohibit land sales (and other assets) to foreign residents, and its repossession when opportunities arise. Our freehold must remain in Wales if we wish to minimise or avoid a rentier/extractive economy. The second step – and a quantum… Read more »

Lots of talk of supermarkets above, and whilst I’m in favour of supermarkets stocking local produce, the reality is most farms struggle because of the low price they’re paid due to supermarkets. Our meat is the same price as what can be found in Tesco’s, but it means we can afford to be a small family farm if we sell direct to the customer. We can’t afford to compete at commodity prices. In Wales it’s exceptionally easy, and I’d like to see it be even easier and more convenient, to find local produce that you can buy either straight from… Read more »

I can just now buy two different Welsh cheeses in my local supermarket here near Detroit, Michigan, USA. Now, would someone at Brains or Felinfoel please start sending us some beer?