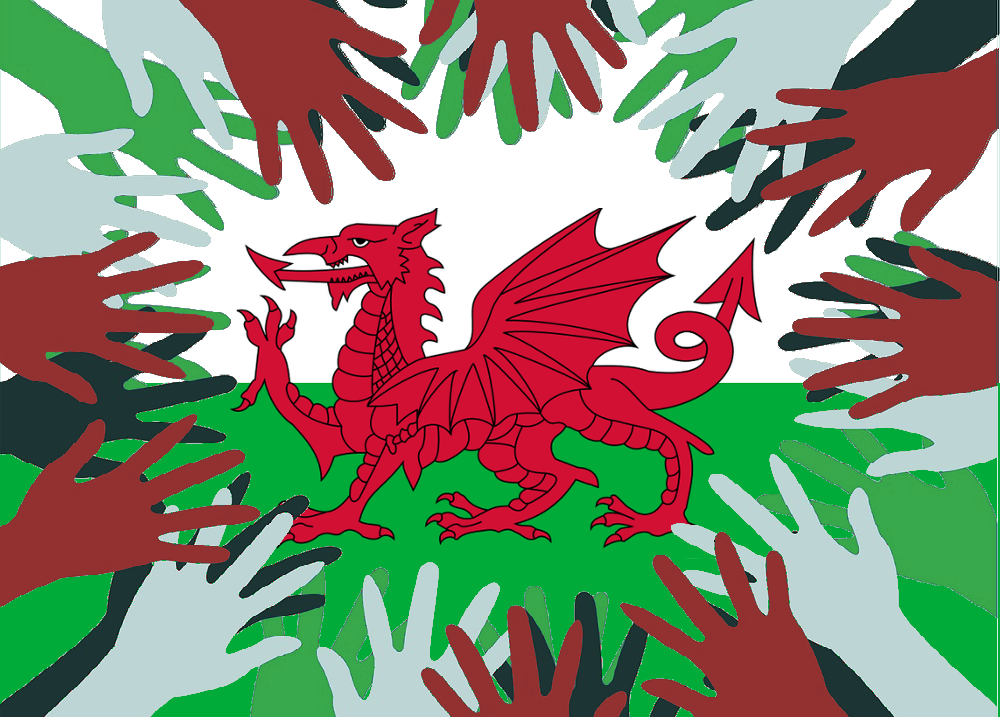 The majority of my political education has come from reading about revolutionaries from across the globe.

Fanon, Marx, Sankara, Ho Chi Minh, Castro and Lenin were to be the bedrock of my political awakening and understanding.

I have always been aware of my Welshness, yet something felt missing. As a boy from Cardiff, I understood the implications of the destruction of our mining communities, yet due to my surroundings, those communitarian ties of solidarity was not something I based my Welshness on.

Likewise, the “rural idyll” of the west and north, wasn’t ‘my’ Wales. In all honesty, I wasn’t sure what my Welshness meant or what I wanted it to be.

That began to change when I discovered the writings of Dr. Ceri Evans. Here was a man who instilled in me the same passion, the same fervour, as when I read the greats mentioned above for the first time.

What was different about Ceri was that Wales was central to his writings; he was a man with an evident love of Wales and love of humanity. His recommendations for how to create a truly radical Wales and Assembly have left a lasting impression on me. ]

This was the Wales I wanted to help create, this was what I would base my Welshness on.

These works, written between 1992 and 2002, have lost none of their passion or their strength and shows that Ceri had an exceptional understanding of the issues facing Wales and how to overcome them.

His analysis was both historical and dialectical and many of the questions he posed and criticism he raised are still pertinent and deserve further investigation.

Unfortunately, his works show just how little we’ve progressed in some areas.

Studying at University in London, in many ‘leftist’ circles I was called a chauvinist for wanting independence because it was secondary to the class struggle.

Evans’ writing shaped my view that the National Question cannot be separated from the class struggle and that they are one organic whole. He stated that:

Many socialists still have a real problem with addressing the national question and insist on counter-posing class and nation with the immortal words; ‘you need a class analysis, comrade!’

In truth, a class analysis has to incorporate all the questions which face the working class, such as those of gender, race, sexual orientation and nation.

Anything less is not a class analysis at all, since it does not apply to large sections of the working class.

It is clear that Ceri understood the importance of intersectionality in any national or left-wing movement and that it should form a central tenet of any mass movement.

Furthermore, Ceri understood the varying class character of different national movements which helped shape my argument in an earlier article:

Our approach to the nationalism of small nations within larger imperialist states is also a sympathetic one.

What is clear is that Ceri didn’t believe in Welsh autonomy for the sake of it, he saw autonomy as the first step in a long struggle for genuine liberation.

It was, and is, the first step to build a “leadership which has answers, not excuses, for the Welsh working class.”

Gareth Leaman’s article which caused some disagreement within Welsh nationalist circles holds the same line of argument and is something that I believe we haven’t grasped in the twenty years since Ceri Evans wrote those words.

Proposals for the Assembly

Evans proposed a genuinely radical settlement for the Welsh Assembly. On some of the proposals he suggested we have made some progress, in others, the stagnation is painfully clear.

If Wales had created a Constituent Assembly that had “full power to decide on all aspects of its functioning and its international relations, without being subject to any veto from Westminster whereby the Assembly could freely decide what powers it transfers to British or European Level” we may have been saved from the facile sop we were given, and to a large extent, still have.

Recent opinion polls show that a plurality of people in Wales support the Assembly having powers over immigration, nuclear power and the like, a Constituent Assembly that re-draws the constitutional arrangement of Wales without a Westminster veto would create a new system of government much closer to the preferences of the people of Wales.

Writing in 1995, Ceri highlighted the issues surrounding the structure of the Welsh economy, the causes of which are depressingly similar to today’s:

Unemployment is at catastrophic levels and the majority of new jobs are appallingly low paid. The WDA is consciously advertising Wales as a low wage, high productivity area.

Dr. Dan Evans has written about Foreign Direct Investment to Wales and argues that is still seen as “a panacea to our woes”.

Perhaps, considering the fact that inward investment has been challenged for so long, we need to look inward to indigenous forms of growth.

The regurgitation of arguments for FDI makes it feel as if Welsh politics is living through Groundhog Day.

The UK exiting the EU shocked the Welsh political establishment and many commentators. The idea that Wales is a nation of Europhiles had become a truism.

Evans however understood the nature of global capital and suggested that the internal contradictions of a capitalist EU might lead to the Welsh turning its back on it.

The words of Evans and those like him should have been heeded as a warning, a call to arms to try and fundamentally change the EU. His words of 1996 are almost prophetic:

Given the Tories’ little-Englander campaign against the European Union, it is far too easy to respond with a glibly pro-European line.

Implementation of Maastricht will be nothing short of a catastrophe for Wales, given our reliance on social spending and public sector employment.

Both Plaid Cymru and the Labour Party cover their tracks by promising to sign up to the Social Chapter of the treaty.

Events in countries which are already signatories, such as France, should make it clear that its value is virtually nil.

The Europe that has been constructed is the Europe of big capital. Capital, as described by Calvin Jones  is “hard to find in poor places, unwilling to move there, and in even the best case, leaving quickly via the nearest Tesco”.

Ceri understood this, he understood that the Committee of the Regions was too weak to fight against the agglomeration of capital and that Structural Funds were insufficient to counteract this trend:

There has been no fundamental change in the pattern of regional inequalities since the early 1970s, when regional funds were first established. In fact, the situation has deteriorated.

And, the concentration of wealth and investment in the core regions of Europe is set to continue, facilitated by the free movement of capital and labour enshrined in the Single European Act and the shake-out of less profitable branches and enterprises under a single currency.

Evans’ words still burn strong with truth. His unwavering love of Wales and his relentless march to improve the lives of the working class is an example for us all to follow.

Rediscovering his work can help arm us with the theoretical and practical framework we need to create a better Wales and who knows, if we had listened to him sooner our Wales may have been a very different place today.

To you Ceri, I say thank you, and Rest in Power, Comrade.