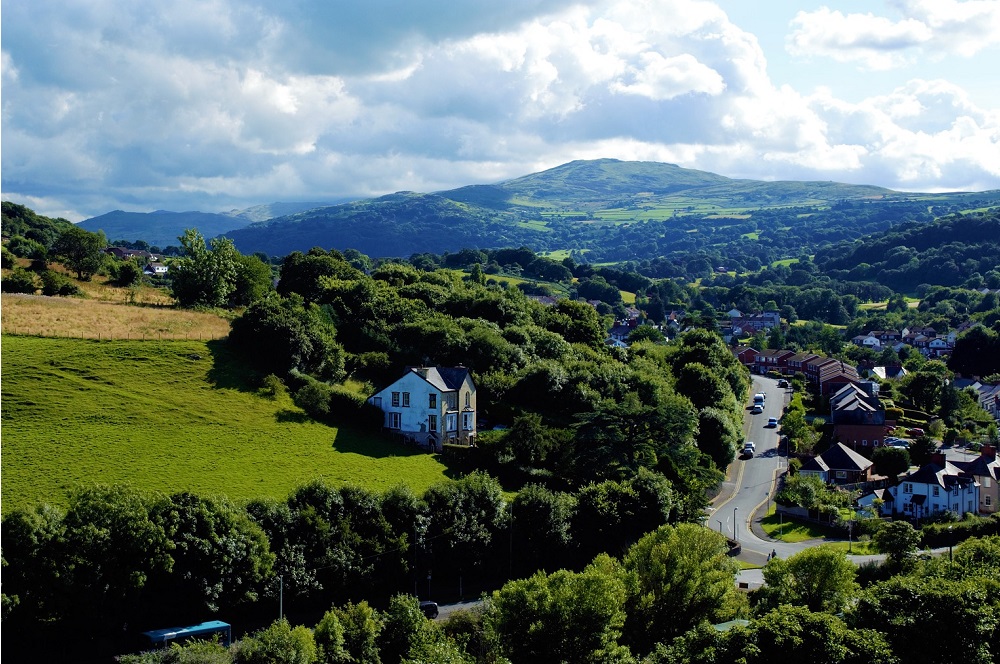 Before I moved to Wales, back in 2014, I was once told that on no account should I, or other incomers to Wales, waste their time learning Welsh.

The reason was that even if we were to meet Welsh-speakers, it would be useless since ‘everyone can speak English’.

That everyone speaks English is, of course, true, but it was no deterrence to me, and when Welsh Duolinguo came out about two years later, I started at it the very next day, and haven’t looked back.

My view, of course, was contrary to the one I had encountered back in 2014 – I believe that when in Rome you should do as the Romans.

But let’s consider, for one moment, the argument that Welsh is useless because everyone speaks English.

What it’s saying seems to be this:

‘Thank you, Welsh-speakers, for learning our language, English, so well.  We are very grateful for that move, and so your reward from us is that we’re not going to bother to learn a word of your language when we choose to come and live amongst you and if it puts the future of your language, culture and very identity at risk, then so be it.  If it makes you feel like you’re the foreigner in your own country, then so be it.

We may even protest when you use your own language in your own country, whenever we’re around, and protest even more when a Welsh-speaker gets a job that we don’t.

Nice reward, isn’t it? Excuse my sarcasm. Unfortunately, though, this attitude is all too common – and the results are plain to see.

In many of the Welsh-Speaking communities that are still left, you have shops and restaurants where English-speaking incomer staff haven’t learnt a word of Welsh.

This means that the locals have to use their second language in order to survive in their own country, as if the locals were the foreigners, and not the incomers themselves!

In London, my local baker happened to be Romanian, but that did not mean that I had to speak Romanian if I wanted to buy something from her!

But, of course, the much bigger result of English-Speaking incomers not being assimilated by the locals in the Fro Gymraeg, has been the disappearance of most of the Fro Gymraeg altogether!

Not only have the non-assimilation of incomers led to the collapse of the Welsh language, it has also, quite understandably, resulted in segregation, parallel communities, and social tensions.

The 1989 A Study of Language Contact And Social Networks in Ynys Môn, by Delyth Morris, proved exactly this, which looked specifically at the village of Bryngwran, on Anglesey.

If there’s one corner of the British Isles where multiculturalism has failed, it’s with the non-assimilation of English-speaking incomers in the Fro Gymraeg.

That was why, I, as an Englishman myself, will always defend my decision to learn Welsh when I was in Wales.

This was not the case when most Welsh-speakers were monoglot.  Indeed, when you had English-speaking incomers move to majority Welsh monoglot communities in the 19th and early 20th centuries, like Bethesda in 1911, the incomers duly learnt Welsh.

But, of course, in the 21st century, it’s not just the Welsh who speak good English.  It’s the Germans, the Dutch, the Scandinavians, the South Koreans, you get the picture.

And increasingly, these countries are being punished for it by English-speaking ‘expats’ who, as a result, can’t be bothered to learn the local lingo.

In Berlin, you now have bars staffed by English-speaking staff, who don’t speak a word of German, something which has quite rightly caused outrage, while in Reykjavik, another article from the Guardian, remarked that “in the bars, restaurants and shops of downtown Reykjavík, it can be a struggle for locals to get served in their native language.”

Like the Welsh, the people of Germany and the Nordic countries are being punished for speaking another country’s language so well – punished for being well-educated.

Now, as an English teacher myself, I am not against the spread of English as a second language.  But what I think is outrageous is when nations are being punished for it by not being able to assimilate newcomers, and by subsequently being made to feel like they’re the foreigners in their own country.

There needs to be a fundamental change in attitude among English-Speakers who move abroad.  That was something I felt in 2014, and its something I feel even more now.