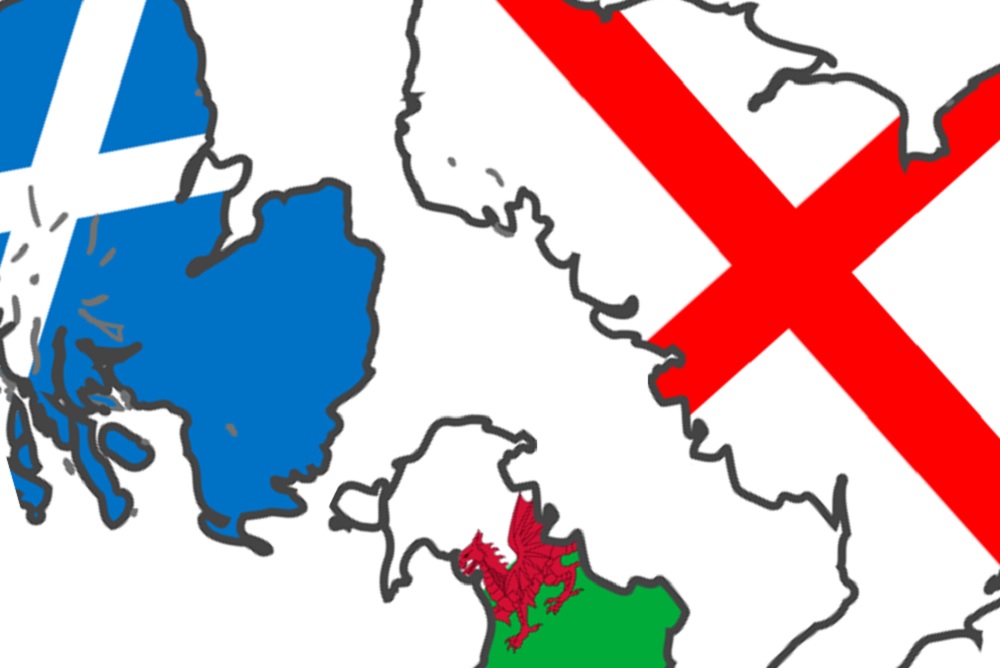 Wales resolutely confirmed its Labour hegemony, England ensured we witnessed Johnson’s Brit hubris and Etonian Patricianism, whilst Scotland displayed the continual attraction of the SNP with occasional glimpses of its emerging Scottish Globalism, in stark contrast to the vapid ‘Global Britain’ positioning of the Brexit triumphalists.

In response, and with an increasingly desperate tone, Keir Starmer and his coterie still talk about “uniting the country”, in the form of some delusional ‘one nation’ Utopia.

For most political practitioners and observers, however, the unitary Britain model is an historical artefact. On that note, the SNP’s Stefan Hoggan-Radu wryly observed, “isn’t it strange that Scotland, Wales and England have all voted in completely different ways. It’s almost as if we are 3 separate countries with different values, priorities and needs.”

Wales’ own three-way pattern runs thus: The post-industrial and urban south exists under Labour red. The allegorical tale of the donkey and a Labour rosette still remains.

Y Fro Gymraeg represents an entrenched Plaid vote, which is growing increasingly fearful of deculturation through expatriate property accumulation. For now, though, you can stand upon Cader Idris and observe Spatial Welshness.

Rural eastern Wales and Pembrokeshire is undeniable EnglandandWales territory. This is Blue Western Britain in its pomp.

Overseeing this tripartite land is Mark Drakeford, whose hybrid ideology of Welsh and British nationalisms has become a success story for our Covid times.

Drakeford is the perfect front man. A son of Carmarthenshire, respected academic, comfortably bilingual, with a steady-as-she-goes approach; he is a progressive in slippers.

Nevertheless, Drakeford’s housekeeping problem, his elephant in the room, is the substantial tendency within Labour’s ranks, and amongst its supporters, who favour independence.

Chris Bryant may pour cold water on any heating up of the debate within his party, but it undoubtedly exists, and is growing.

Many of YesCymru’s most passionate proponents are Labour through and through. If the governing party of Wales choose to dismiss it, which they will invariably will, then they do so at their own peril.

Constitutional and structural change is inevitable. It will be a case of what shape it takes, and when. We may well be moving away from the era of activism, and traditional politics and policy management, to an age of technological immersion, where rapid societal alterations become commonplace.

The real disrupters of the next decade may well turn out to be the constitutional lawyers whose task it will be to codify the nascent nation-states of Scotland, England, and Wales, or the consolidated entity of EnglandandWales; the reformulated Elizabethan State, which looks as if it could be the derivative of a post-Scottish independence rump UK.

Unless, that is, the dormant instigators of English nationalism wake up, cast aside their tattered Union Jacks, reject Cymru (with glee for many of them), and insist on the establishment of a distinct English political entity. You raise your banners, you cast your votes and you make your choice.

For those in the incoming Senedd, as well as for those of us watching from the outside, vision, honesty, maturity, self-reflection and pragmatism are imperatives.

The alternative? As Yuval Noah Harari has pointed out, there is far more chance of you killing yourself – through obesity, suicide, drink driving, etc. – than being killed by a terrorist or during a war.

So, the self is more dangerous than the other. Stockholm Syndrome, self-flagellation, and all that. A lesson for Wales, surely?

I'd rather not give one

Vaughan
Reply to  I'd rather not give one

Good point. The constituencies don’t always break down neatly into the Three Tiers of Welshness model and Brecon and Radnorshire is a prime example. Presteigne / Knighton and most of Radnorshire are definitely EnglandandWales. Ystradgynlais is almost still Bro Gymraeg. Large areas of the territory ( including Brecon town) are in between. There are other examples of this. Y Fro Gymraeg of North Pembrokeshire and West Carmarthenshire is split between between two constituencies which are for the most part EnglandandWales The Welsh-speaking heartland of the old county of Denbighshire is also scattered between a number of anglicised constituencies. The new… Read more »

Not really on top of Drakeford’s statements on an independent Wales, are you Dr. Sandry? Wales has had any thoughts of its own identity and language crushed for centuries. Despite the rush towards independence by Plaid, etc, the country will not rush towards it now. Even Scotland is still pretty much 50/50 on theirs, and they’ve never truly accepted their Act of Union! Although demand is rising without a doubt, Drakeford’s cautious approach (as has again been stated in the past 24 hours) of ‘softly softly catchee monkey’ is in all likelihood the most effective route toward a far far… Read more »

It is to be expected that after centuries of integration with our neighbour a fair amount of Stockholm Syndrome is bound to be present ! The only way to combat this is to continually show the benefits of being independent. This is a battle for minds and Covid-19 has shown we can manage our own affairs very well..